Why Video Games Are Not To Blame 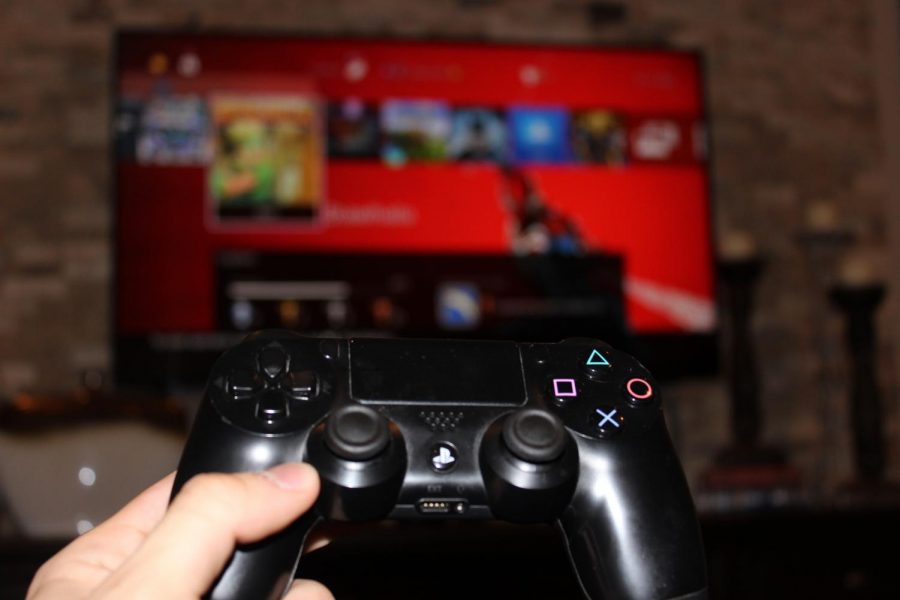 The popularity of video games calls into question whether or not they are causing violence.

In the wake of the latest shooting in Dayton, Ohio – one of the seventeen deadly mass shootings this year – Americans are trying to find a cause for the epidemic of violence. However, many people are quick to point fingers at the rise of video games in America’s youth, a conclusion that multiple studies have failed to prove. The idea that digital games lead to mass shootings is not new by any means; it has been lingering for years, despite the lack of evidence. The claim that these games cause violence is false because, despite several studies having been conducted, there remains little to no evidence linking the two, and lawmakers need to focus on more prevalent issues that are directly correlated with mass shootings, such as gun control and mental health.

Although video games do contain themes of violence, lawmakers tend to place the blame on them rather than facing reality: gun control is necessary and action needs to be taken urgently. Stricter gun control laws have been proven effective in countries such as Canada and Australia. Currently, U.S. citizens have access to guns with some restrictions such as the prohibition of selling to minors and ex-convicts. However, it is still fairly easy to pick up a firearm, which are available in large quantities at many large retailers. This can turn into catastrophe if the weapons fall into the wrong hands. Limiting access to firearms for civilians would be much more effective in ending the gun violence epidemic than banning or even heavily regulating video games.

The real question is: why are people blaming video games for mass shootings? Many individuals believe that the content on the internet –  especially in games – can affect the thought processes of children. The prevailing claim in support of these arguments is that when the games they are playing portray violent scenes, they breed dangerous thoughts in impressionable young minds that are susceptible to external influences. However, there is little evidence that this is true. Many countries around the world, such as Japan and South Korea, have a large population of video game enthusiasts, but low mass casualty rates, disproving the theory that there is a correlation. The American Psychological Association has reported that there is no link found between video games and violent thoughts.

“There are a wide variety of video games, and not all of them are considered violent. This notion is based on the person themselves; gun violence is definitely a big step from virtual video game violence and is not typical of a normal player,” freshman Massimo Aguila said.

Instead of placing blame on the media, lawmakers should instead focus on the mental health issue and the climate of hate in our country. By doubling down on these issues, they will prevent the shootings from happening in the first place. Many violent thoughts are birthed not from exposure to video games, but from mental illnesses, such as depression. By treating these individuals with the proper care necessary to improve their mental and emotional health, it will remove their violent thoughts and urges and, in turn, lower the number of shootings. Congressmen around the country should focus on getting to the root of the problem, rather than putting a band-aid over it that will only fix it temporarily, if at all.

“I do not believe that video games are strong factors that go into making gun violence a reality. I think that looking at how someone can get to the point of mass murder has many factors, like how they grew up and the environment they grew up in. Video games, yes, can be violent but I do not think that it goes into the making of a murderer. There are other key factors than that,” sophomore Mia Calderon said.

Overall, the conclusion that video games lead to violence has little truth to it; it is only due to Americans’ desperate attempts to comprehend the fatal shootings and cover up that the main reason is due to flaws in America’s government. Upon examining the facts, it is evident that the rising number of firearm-related deaths is due to other causes. Video games are an important part of modern life and it is clear that they should not be taken away.