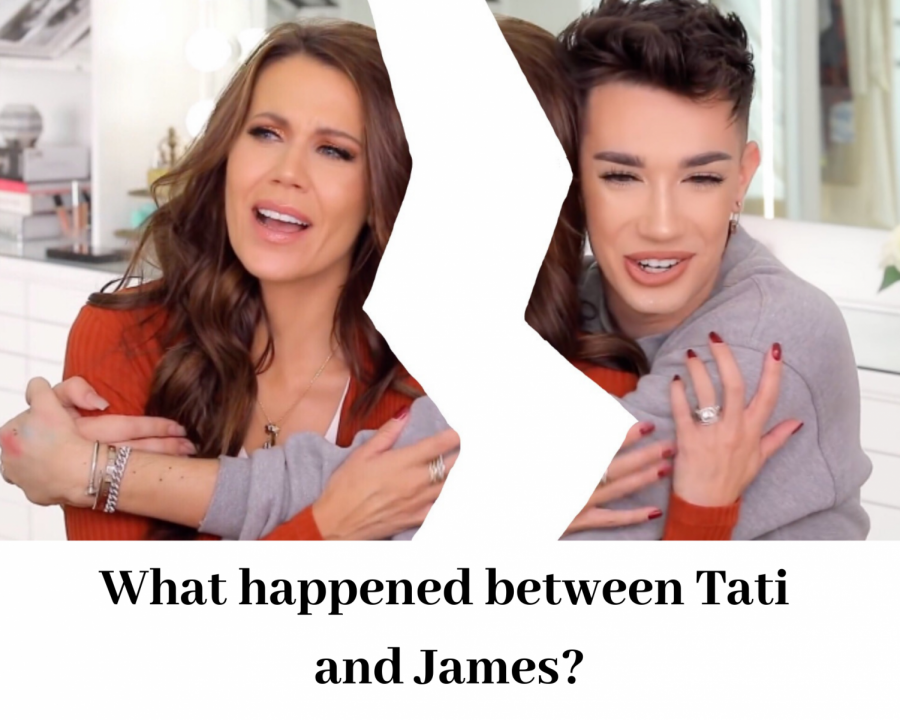 James Charles, after being notorious for his “professionalism” throughout his YouTube career by limiting his involvement in the beauty community’s constant drama, has been drowning in “tea” that was exposed in the past week. It all began with the release of Tati Westbrook’s confession video about James. For those not aware, Tati Westbrook is a well-known YouTube beauty guru that has helped James since the beginning of his career network and come in contact with many important faces within the industry, often featuring him in her videos. This time, however, she shed light on James’ actions in a different way than she had ever had before. Her 40-minute long video talks about his complete betrayal of her constant loyalty and trust she has put in with him, along with his blatant manipulation of men who clearly say that they are straight. She tells the viewers that James has publicly verbally harassed men, both in person and over social media. Since the posting of the video, he has lost more than 3 million followers and counting. This controversy has shown that James’ behavior cannot be tolerated, and even though Tati’s video was posted for the whole world to see, she did it to show his followers his true self and she should not be bashed for revealing the truth.

The drama between Tati and James truly began at this year’s Coachella Music Festival. James had a great time with his friends on weekend one, but on weekend two, he claims to have been mobbed by people in the crowd and called upon Sugar Bear Hair for help- they magically happened to have extra backstage passes for James and his friends. In exchange, James endorsed Sugar Bear Hair on his Instagram story. The reason why the deal with Sugar Bear Hair is so important in this controversy is because Tati Westbrook owns and started a business called Halo Beauty, a direct competitor of Sugar Bear Hair’s vitamins. In the past, James has never endorsed Tati’s product, justifying it by saying that it wouldn’t be appropriate to recommend this product to his audience of mainly kids and teens. However, according to Tati, when other YouTubers would take brand deals with Sugar Bear Hair, he would say “I’m on your side, I support you, you have my loyalty…”  because of the competition it brought to her company. This time though, when it was convenient for him, he did not even give the deal with Sugar Bear Hair a second thought, or even consider how it would affect her or her company. He then again (very conveniently) waited until after the time the post had to be up for the deal had expired to apologize to her. After everything she did for him and his brand, he completely betrayed her trust and even if it seems like it is just a minor inconvenience, because of James’ fan base of almost 30 million people on all platforms, the resulting exposure for Sugar Bear Hair could be catastrophic for her business. On top of that, James is sponsoring a product and endorsing it even though he has not tried it long enough for him to be able to give an honest recommendation. It is clear that he disregarded Tati’s feelings and made this brand deal was because he wanted the perks that came out of it and cared more about salvaging one day at Coachella than being true to a friend that has helped him constantly since the start of his career.

“She was right to speak out because what he does to people should be out in the open, he can’t just go after straight men, make them uncomfortable, and then say he can do it all just because he’s famous,” freshman Rebeca Morejon said.

In the video, Tati also mentions James’ habit of inappropriately harassing other men that explicitly say they are straight and uninterested. She brought the severity of this information to light by stating that James hit on a waiter at her birthday, even after he told him he was straight, and said that the fact that he was straight did not matter because “James is a celebrity”. Several drama accounts on Instragram also brought to light the immense number of straight men that James has repeatedly hit on and made uncomfortable: Shawn Mendes, the Dolan Twins, and even Zara Larsson’s boyfriend. Firstly, manipulating someone and bending their sexuality is never okay. Second, whether you are a man or a woman, harassing a person and expecting your newfound power and status to justify it is morally incorrect. Lastly, if you constantly play the victim and act as if you were the one being played after you flaunt your money and follower count to lure them in, you cannot expect all of your friends to stand idly by being well aware of that behavior.

Some people have argued that Tati’s video was created to start drama and increase her revenue. Although we will never know her true intentions, she blatantly states that the video is not for money, but rather to use her public forum to handle this situation. She is not sponsored by anyone in the video, and there were no commercials that brought her money. She says in a video posted on May 16 (after her original video) that she thought that her fan base was going to be the one to suffer, and she wanted to take that chance to show what was right. After her video, several YouTube drama accounts such as Tea Spill posted videos with screenshots of texts validating her claims. Although it is possible that she posted it for money, Tati still shed light on a situation for most of the public that was unaware and her video should not be discounted because her statements have been backed up.

“In the first place, I never liked James Charles. I think he has always been snobby, rude, and overrated, not to mention that he prices his tickets at 500 dollars for a lousy show. As for his actions, I believe they were really manipulative and downright weird. He was literally fetishizing straight men. Yes, Tati called him out and rightfully so, she said what needed to be said, and what a lot of people already knew,” freshman Benjamin Pla said.

Tati’s video has changed the entire dynamic of the beauty industry. In less than a week, James Charles has lost more than three million followers and his apology video to Tati has been labeled by many of his former fans as “insincere” or “fake”. Since the start of all of the drama, he has lost the Instagram following of all of the Kardashian-Jenners, the Dolan Twins, Emma Chamberlain, Jeffree Star, and more. Needless to say, this series of events is going to leave permanent damage on his career. This video was not made to end James, but to show his fanbase the other side of him that he has so desperately been trying to hide, and Tati does not deserve any hate for standing up for herself and her brand.