The Devolution of Super Bowl Commercials 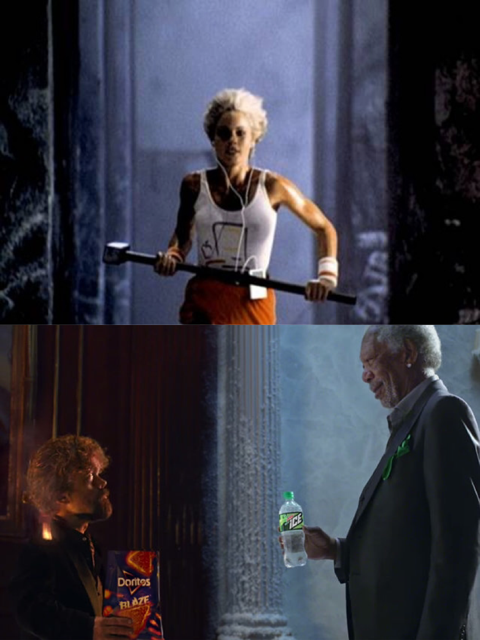 Super Bowl ads have come a long way since the memorable ads of the 80s and late 2000s.

American sports fans flock to their television sets every year in early February to watch the two best teams in the National Football League (NFL) play in the Super Bowl. The viewers of this yearly event are not limited to just sports fans, however, as the Super Bowl is known for its unique and engaging commercials. There is a surprising number of people that tune in to the game just to watch what happens in between plays. These commercials are the most coveted media spots of the year; it has been reported that 30-second commercials are worth around five million dollars, while the minute-long variety exceeds 10 million dollars. The staggering cost imposed upon companies for these advertisements has always driven them to make their “best” commercials and take advantage of the 100 million viewers watching throughout the game.

“For a while, Super Bowl commercials carried almost the same weight as the actual game, but lately the focus has shifted back to football and away from the commercials that are not as entertaining as they once were,” senior Nicolas Vurgait said.

The quality of Super Bowl commercials has remained fairly consistent, but their ability to entertain the audience has severely diminished. This may be because of the fact that many of these advertisement agencies have run out of original ideas and the public is becoming tired of the same formula. It may also have something to do with the limitations placed upon many of these companies by a society that has grown increasingly intolerant of what were once regarded as harmless jokes. Companies no longer reap the benefits of making a controversial commercial; they are no longer seen as envelope-pushers or follow the outdated “there is no such thing as bad publicity” model. This society has a tendency to jump the gun on controversial issues and refuse to accept that people can be at odds about whether a certain message is offensive. It is this form of offense by proxy that has made it nearly impossible to use forms of media as a means to push boundaries or take risks.

The fact still remains that the commercials played during the Super Bowl are no longer funny. The long-time contributors, like Doritos and M&M’s, still manage to release entertaining commercials, but it is those companies that do not have a consistent ad spot, those who are new to these prime-time events, that have not lived up to the standards set years ago. These ads may still serve the same purpose and bring in the same amount of money for the company, but casual viewers of the Super Bowl have suffered at the expense of declining advertising in recent years.