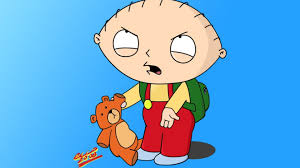 Stewie Griffin from "Family Guy" is a central figure of the gay jokes being phased out of the show.

Seth McFarlane’s 20-year project, “Family Guy”, has always pushed the envelope of what jokes were socially acceptable for publication to a massive television audience, but in the past few days, the show’s producers announced that they will be phasing out gay jokes from the cartoon in an effort to better fit the social climate. Executive producer Alec Sulkin has stated that his own views, along with those of many writers, have evolved since the show first aired in 1999. The series was allowed to develop in a society that was much more accepting of jokes at the expense of minority groups, even if that leeway was granted partially due to ignorance. There is no question that today’s society is more aware of and preoccupied with, the consequences of certain derogatory terms when compared to the society in which “Family Guy” was first aired. This awareness does come at a cost, one that includes an overbearing crack-down on comedy.

“I think this was the only option ‘Family Guy’ had in order to avoid widespread controversy,” junior Alejandra Cano said.

The famed cartoon show is known for oftentimes pushing boundaries with its jokes and is no stranger to criticism for these very same lines. Despite the constant controversy, “Family Guy” has been reluctant to back down from its trademark style; characters like Stewie Griffin, who is the recipient of many of the gay jokes that are now being removed, have remained unchanged for the duration of the show. This abrupt decision from those Fox officials highlights a concerning trend in American mass media: if your program causes the slightest bit of controversy, it will either be censored or pulled. This situation is not Fox’s fault; they are well aware that if they continue to push the very same boundaries that “Family Guy” has for 20 years, the backlash from an increasingly intolerant society could be devastating. Yes, intolerant. There is a large part of society, independent from political affiliation, that refuses to accept any other interpretation of a social issue. There is no longer room for debate on issues like how far a comedian can take a joke. Society has come to the conclusion that if a single person is offended, the discussion is now between those who are right and those who are wrong. The unfortunate reality for comedians and broadcasting companies is that they cannot afford to alienate an entire faction of society, so they must appease them and make their shows as uncontroversial as possible.

The producers at “Family Guy” made the right business decision. But backing down in this instance opens the door for further censorship of their show. How long will it be before people are calling for jokes about arbitrary topics like veganism or biking to end?