Migrant Caravan: Send it Back? 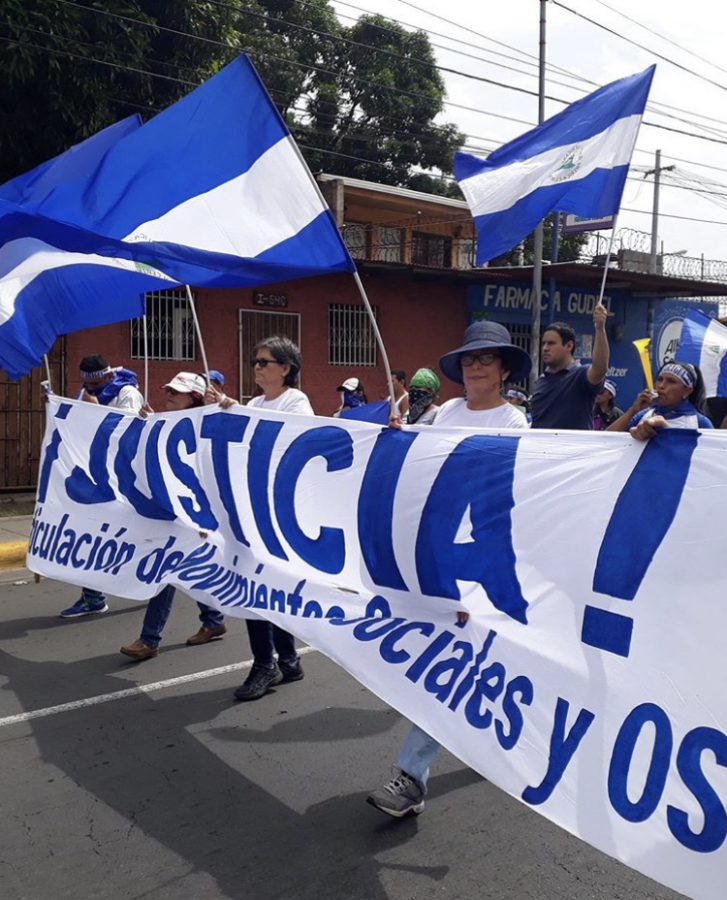 Migrants from Nicaragua hold their flag while marching through Mexico.

Looking past the Rio Grande on the southern border of the country lies a mosaic of similar countries that share common bonds with the United States. In spite of these ties, a crisis has emerged: a group of seven thousand migrants is marching towards the U.S.-Mexico border demanding entry. The caravan of migrants is one manifestation of the broader American issue of undocumenetd immigration. The issue has divided Washington political elites, some arguing for entry on humanitarian grounds and others arguing for the need of a strong border and immigration policy. Despite the humanitarian crisis in countries such as Nicaragua and Honduras, open entry for these migrants should not be allowed without having gone through the appropriate legal channels.

“Our government has a responsibility to aid these migrants. Cooperation between the different countries involved is crucial for effectively resettling them and preventing another crisis like this from happening again,” senior Alejandra de Alba said.

A caravan of this size has never before been seen by the region. As such, politicians have yet to determine the appropriate response to the crisis. The migrants’ demand of open entry fail to answer how the United States is going to process the legitimacy of their claims of a humanitarian crisis. This is further proven by the growing size of the caravan as it moves through Mexico. The expectation of the migrants to arrive with open arms to the country is naive given the current rhetoric against undocumented entry by political leadership. With this in mind, the migrants are knowingly marching towards an unfriendly country with leaders that are unafraid of using force to stop them. The handling of the caravan crisis sheds light on the importance of borders as a means to define a country. The unmonitored acceptance of these migrants would bring into question the legitimacy of our border and the country as a whole. No country, even prosperous ones, can afford to have a free flow of humans without putting into jeopardy the safety of its own citizens.

The humanitarian crisis in Nicaragua and Honduras have been in development for decades. Plagued by corrupt governments and drug trafficking, prospering under these conditions has become near impossible; Honduras has had the highest homicide rate in the world for the past three years. Consequently, it is understandable that the United States and, to a lesser extent, Canada should  contribute to alleviating this crisis by letting in migrants. Given the consistent focus on morality in American politics, helping people in need should not be an unpopular position. The United States could very well set up the bureaucracy and police presence needed to process the caravan if it wanted to.

“The crisis hits home for a lot of immigrants. Having immigrated from Venezuela myself, seeing the extent to which people are willing to go to for a better life is inspiring” sophomore Isa Villarroel said.

The role of the United States as the guarantor of liberty in the world is quickly evolving. It can no longer be expected to take in massive waves of migrants as it did in the early 20th century; the economic conditions in the present day cannot accommodate it. The U.S. government has a duty to consider practicality over morality in these situation. Without the presence of a strong border, there is nothing stopping future migrant caravans from springing up. Whatever the  response of the U.S. government, it will undoubtedly set the stage for future immigration conflicts to come.