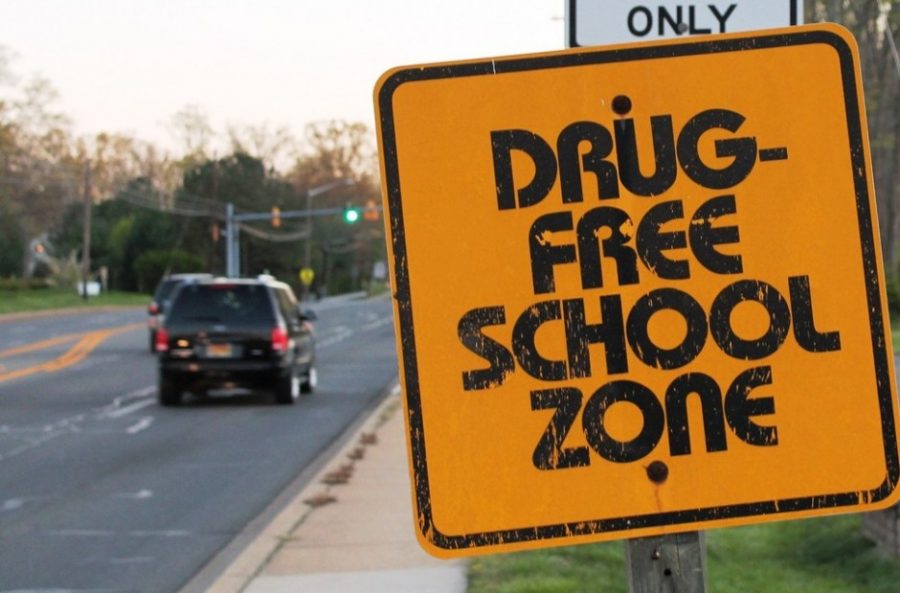 As the number of students using illicit substances rises, schools are trying to find solutions to keep their students drug-free.

Adolescence is a time in an individual’s life where the boundaries of what is acceptable are pushed to the limit, especially concerning drugs and alcohol. In fact, statistics indicate that 35.1% of 12th graders have smoked marijuana in the past year and 68% of 12th graders have tried alcohol. With the use of illicit substances being so prevalent, attempts to limit substance usage are in full gear. In many cases, schools are the first place in where students are exposed to drugs and alcohol. Recently there has been a fierce debate over whether schools should drug test students as a preventative measure against the use of drugs and alcohol. However, schools drug testing is overly intrusive and does not take into to account things such as consent and the potential family-related repercussions that occur because of the drug test.

There are several problematic factors that come with drug testing students. For one, the most obvious conflict is the right to privacy. The choice to take drugs and drink are personal choices that the state, or any authority for that matter, has no right to dictate. Moreover, schools should not turn into an extension of the police forces. Another related issue is that of consent. Legally, minors age 17 and under are not allowed to consent without an adult’s permission. So, by extension, the choice to drug test students would involve the parent or legal guardian of that child who may or may not consent to have their child tested. The parent can thus deny having their child tested because they have sole authority over the child. There are two Supreme Court Cases that grant public schools the authority to conduct drug testing in certain circumstances. In 1995, the Supreme Court ruled that it was legal for schools to randomly test student athletes. In 2002, that ruling was expanded to include students who participate in a competitive extracurricular activity such as a marching band or chess club. However, this doesn’t include general drug tests on the whole student body; therefore, any laws created for drug testing will be subject to state and local laws. Tied to consent is the publication and usage of the data found. If schools were to drug test students, what would make of the data? Would the schools send the data to the police to have the students searched or would the student be sent to counseling? These questions are critical to any form of drug testing.

“I understand how important the risks of having drugs in school, or really anywhere, are, but drug testing seems to be an overly extreme measure at trying to stop the flow of drugs,” junior Matthew Leus-Oliva said.

On the other hand, the argument for drug tests is not entirely baseless. As previously stated schools are often the first place students encounter drugs in their lives, thus drug tests can serve as a deterrent for students in attempting to try drugs. A substantial amount of drug trafficking occurs in and around schools meaning that drug tests and a watchful school administration could limit consumption, therefore severely reducing the market for drug traffickers. Ultimately drugs and alcohol do have negative effects on adolescent brain development, in addition to these substances already being illegal, drug tests are in the best interest of the student. Schools, and the nation as a whole for that matter, have a vested interest in keeping students drug free. Drug use is correlated with negative grade outcomes and lower graduation rates. It is important to note that public schools receive their funding and ratings based on school attendance and test scores. Productive students make schools look good, meaning that drugs harm both the student and the school.

“I honestly think that testing students for drugs is a good idea because we don’t know what happens outside of school nor do we know whether the students are safe or not while doing drugs. If they are doing drugs, then they can possibly hurt themselves or others. However, schools drug testing them would be a great way to help prevent anything bad happening to their students,” sophomore Ginia Gonzales said.

Nonetheless, drug testing students would ultimitely not be beneficial to the school or the community as a whole. Drug testing would be a large logistical and financial nightmare for schools that would far outweigh any monetary benefit gained by increased school attendance. Moreover, it is not the responsibility of the school to police the personal decisions of students; the choice to take drugs should be more of a family matter.

It is unclear whether or not more states will take up drug testing policies. What is evident though, is that the issue is significant enough to reach the Supreme Court. It brings up broader political and societal questions on the relationship between the individual and state, omnipresent in American politics. Education on the effects of drugs through programs such as D.A.R.E are more effective and less invasive in preventing students from taking drugs. The invasion of privacy coupled with the potentially crippling financial results for schools are key points as to why schools should not be allowed to drug test their students.