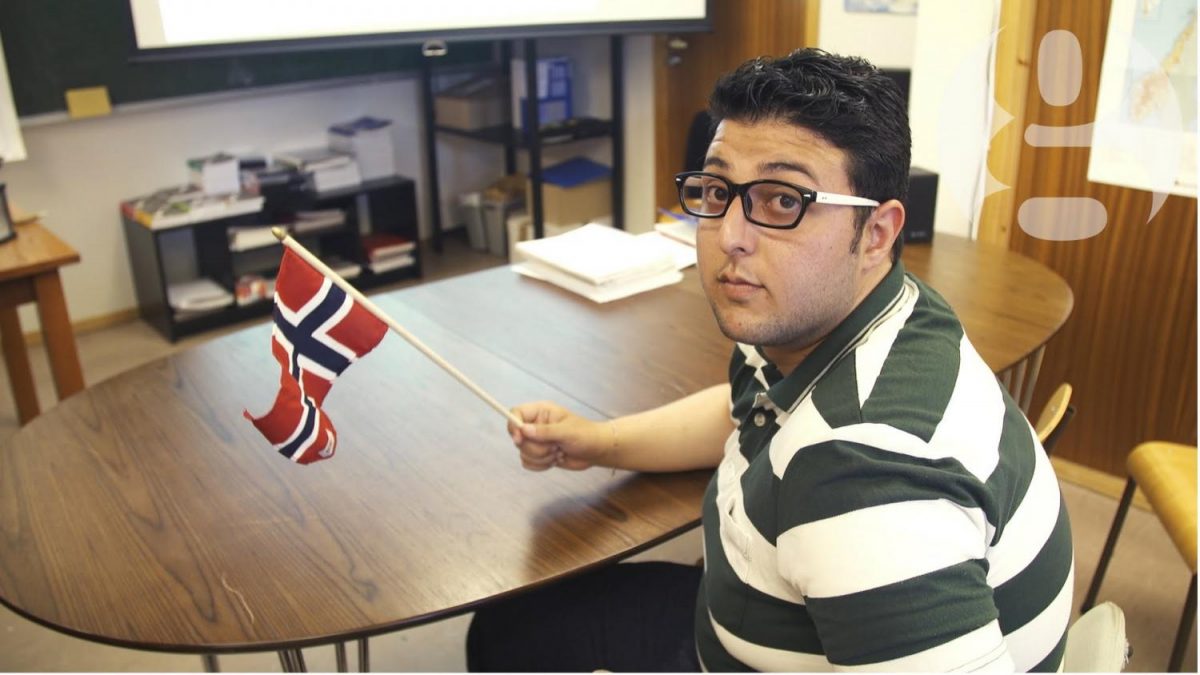 A Syrian Refugee sits in on an integration class.

Due to the impending crisis in the Middle East, a flood of Syrian refugees have come into Western Europe. Individual countries and the European Union (EU) have been trying to effectively deal with both the sheer number of immigrants and how to integrate them into society. Norway has taken a pioneering and bold step forward by requiring that all refugees take classes on integration or risk welfare benefits and their legal status. The move is perhaps the best way that new immigrants can understand their adopted countries culture.

Norway is a prosperous country with one of the highest GDP per capita in the world with a total GDP of around 370 billion US dollars, and as a result is a prime destination for immigrants. However, like the rest of Scandinavia, Norway has a very strong liberal culture that inextricably clashes with the more conservative Islamic cultures of the refugees. The classes teach the migrants that women are equal to men in every way and deserve respect. Among the topics discussed are female ways of dress, consent and women in the workforce. The culture shock that the migrants will experience is inevitable, but the classes along with living and interacting with Norwegians are a valuable tool. “I knew from before that girls here are freer than back home, but now I understand better how,” Hani Salloum, a 25-year-old Syrian student (Reuters), said. More importantly the classes will prepare these migrants for the environment that their kids will grow up in, and hopefully adapt their parenting accordingly.  The education they are receiving can only help them to live and prosper in Norway.

“The classes may not be 100% effective but they are a good way to show the migrants what they are up against,” senior Jose Gonzalez said.

Despite this, the program has received many criticisms. Some may say that these classes are ineffective and stigmatize migrants. In addition, they argue that the classes are founded on xenophobic pretexts, that by mandating the migrants taking the classes the government believes that Western culture is superior to that of the Islamic world. Another notable criticism is that the classes cost the Norwegian government an excessive amount of money with only moderate success. The Norwegian government predicts that immigration from Syria alone could cost the country 430 billion Norwegian Krone or around 53 billion US dollars about 14.3% of the GDP of the entire country.

“I think that Norway has good intentions with the classes, however, it is nearly impossible to change a person’s culture as an adult,” junior Adriana Castro said.

The xenophobic claims on the nature of these classes are completely unfounded. It is true that these migrants will encounter a serious conflict if they try to impose their culture on the Norwegians; however, these classes serve to prevent that conflict. The effectiveness of the classes is very subjective and hard to test, but if even one migrant changes due to the classes, that is one migrant that will be able to successfully integrate. The program seeks to avoid issues that other countries face, such as Germany, who requires nothing of the asylum seekers, only to find that they cluster into ghettos and fail to integrate well. The program is in the best interest of both the asylum seekers and the Norwegian government.