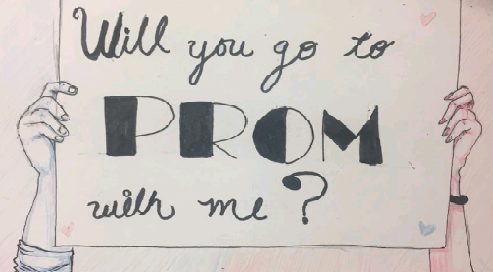 Today in society, it seems as if only boys are allowed to ask someone out.

Who Should it Be: the Girl or the Boy?

With prom season around the corner, everyone is worrying about having the perfect outfit and more importantly: the perfect date. Even on big screens, everyone seems to struggle to find the right person to ask however, it is always the boy trying to figure out how to “prom-pose” to the perfect girl. This trend has started making a lot of people wonder: does it always have to be the guy who does the promposal? It’s important to remember that any gender can ask the person they want to go to prom with.

For many years now, it has always been the boy asking the girl out on a date, but there’s no specific rule that says that the boy has to ask the girl. Why should it matter which gender asks who? The expectation that the man has to pop the question just puts pressure on both sexes, and often times results in no one “prom-posing”.

“It can be either gender however, I think that it is more socially acceptable for the guy to ask out the girl,” sophomore Lisdeyvis Mestre said

Moreover, since the boy is the one who usually does the asking, then he is also expected to purchase the ticket for the girl. However, this is unfair because prom tickets are expensive and just because someone asked a person to accompany them at prom, doesn’t mean they are obliged to pay for both tickets. It’s easier for both parties to just go 50/50 and have a good time at prom. Unless one of the parties volunteers to pay for both tickets and the other person is comfortable with it, then there’s no problem. 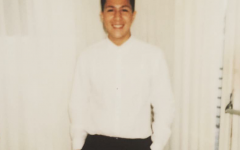 Personally, I wouldn’t like a girl to ask me out, I would prefer to be the one who asks the question because I would want to make the other person feel special. ”

No matter your gender, if there’s someone you want to ask to prom just ask them! At the end of the day, it really does not matter who asks who to the dance, so long as both parties have a good time and enjoy themselves.