Hispanic Voters: The “Trump” Card in This Election 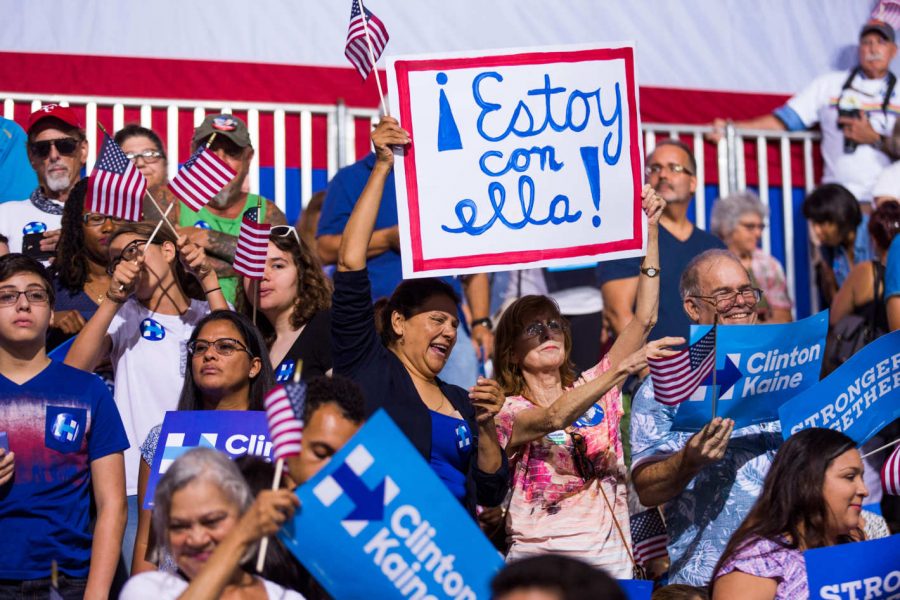 This 2016 presidential election will be the one with the most ethnically and racially diverse voters.

Hispanics are the largest growing ethnic group in the United States. The hispanic population has increased 43 percent between 2000 and 2010, and as of 2014, 17 percent of the U.S., or 55 million people, classify as Latino.  These increasing demographics are bound to have a large impact on the election and possibly sway the vote.  Latinos eligible to vote in the 2016 election will play a vital role in expressing the United States’ needs for qualities in a presidential candidate.

According to a study done by Pew Research Center, 27.3 million Latinos eligible to cast ballots in the 2016 presidential election, representing a total of 12 percent of the eligible voting population.  Since 2012, the number of Latinos able to vote has increased by 4 million.  Although undocumented immigrants are not eligible to take part in voting, more hispanics are casting their ballots making the electorate far more racially and ethnically diverse.

However, out of 55 million citizens identifing as hispanics only an estimated 13 or 14 million will vote.  In addition to Latinos, women will also play an immense role in the election.  Donald Trump supporter Nate Silver made a demographic map showing the results of the election if women did not vote.  The results went viral, showing Trump would win the election in a landslide. 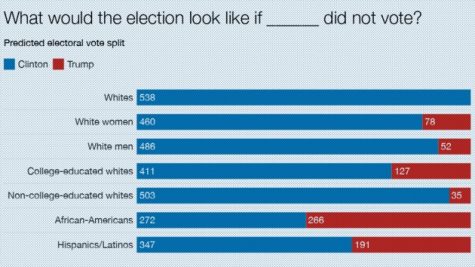 http://www.motherjones.com/politics/2016/10/maps-presidential-election-race-gender-age The projected 2016 election results if Clinton and Trump’s supporters refrained from voting.

Every day, more Latinos are eligible to vote; with 3,000 people registering every day there is no question millennials are driving the increase in voting.  Eighteen-year-old U.S.-born Latinos are held accountable for 80 percent of the increase in voting.  One in five registered Latino voter will be voting for the first time and believe the Democratic Party has more concerns for the well being of Latinos than the Republican Party.  According to the Washington Post, Clinton is overall far more popular with Latinos than her opponent Donald Trump.  Eighty seven percent of Hispanic immigrants side with Clinton’s views while only 13 percent side with Trump.  On the contrary, U.S. born hispanics tend to side more with Trump (29 percent) than Clinton (43 percent).

“Hispanic influence is incredibly strong within Florida.  We are a swing state meaning we have a strong pull in the overall election so I am positive the Hispanic voice, even though it is mostly Cubans, will be heard.  I have not been following the election polls very closely this year but I know the Hispanic majority does not support Donald Trump; in my opinion most would swing towards Hillary Clinton,” senior Gabriela Vega said.

The percent of growing Latinos eligible to vote in the upcoming election will make a dent in the results.  This will not only be one of the most divided election the country has ever had but it will reflect the needs of every race and ethnicity in the country.