Don't be like the 40% of eligible voters that let their opinion go to waste. 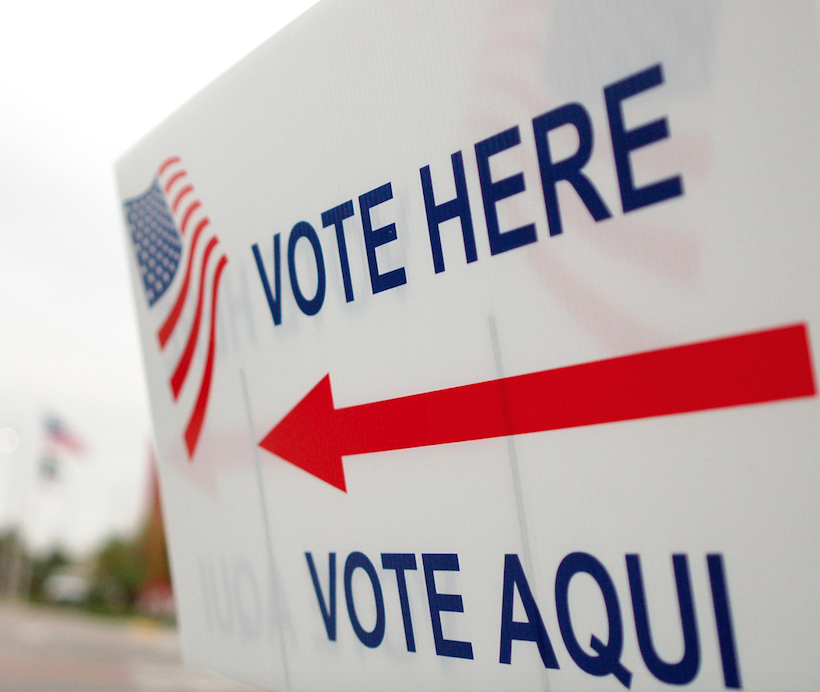 Amid dwindling voter turnout, why should you go out to vote?

With the Florida Primary behind us, Florida voters are left with feelings of political pressure. Candidates from both parties were making Florida visits, as Florida was a crucial state to win; in this case, the winner takes all the delegates.

Having just turned 18, I experienced the polls for the first time last week. Picketers stood in front of the library advocating for their favorite candidate. Yet, it wasn’t the hordes usually present. A family lethargically swung their signs for Marco Rubio. One man passively stood with a Donald Trump sign on a wooden stake. There were no signs of Democrats rallying for their presidential pick–though this may have been due to my polling station–or any cheers for Ted Cruz or John Kasich. I expected a more vocal environment. Before stepping inside, I braced for a long wait, but upon entering the precinct, the room was deserted, and within five minutes, I had voted and put my ballot through the scanner. I wondered: is this just because it’s early voting?

Possibly; but studies have shown dwindling voter turnout. Despite it being a civic duty to vote, there is a massive lull. In 2014, there was the worst voter turnout in 72 years. This year, Democratic voters are not coming out. In fact, “compared to 2008, 2.6 million fewer Democrats voted in the first 15 primaries and caucuses.”

“There has been a decline in party identification for some time, and with the current state of the parties, that’s not surprising. The primaries, which have even lower voter turnouts than the general elections, have been increasingly dominated by the radical wings of both parties. American politics has become increasingly dynastic: the Kennedy’s, Clinton’s & Bush’s. We’ve had Adams’s and Roosevelt dynasties before, but it seems worse now. Maybe because with growing populations and mass media, fewer and fewer recognizable names exist outside the dynasties. Because of the recent polarization of politics, voters are coming to view politicians more as a parasitic insider class than as true advocates or servants of the public good. (One sign of this may be the movement to take redistricting out of the hands of politicians.),” Dual Enrollment American Government and Political Theory teacher Mr. Dunn said.

A lack of voters means the votes cast may not be a true representation of the nation’s desires. It only displays the preferences of those who went out and voted. Recently, “about 60% of the voting eligible population votes during presidential election years,” which leaves 40% forgoing the process. Socioeconomic factors like gender, age, race and pay significantly impact voting. This is in addition to how close the election is in the state, the type of voting (caucus, primary, etc.) and voting laws (for example, whether early voting is offered).

It is possible a lack of voter turnout may be caused by more than these hurdles. Low numbers might be attributed to voters not feeling passionately for or against any of the candidates. A common dilemma for many eligible voters this election seems to be not having a politician they feel they can get behind. However, given how crucial this election is, voters can’t afford forgo the political process. One candidate must represent their ideals more than another.

Young voters are a key group. It is possible that the millennial vote can decide the election; at least on a state level. Yet, in today’s society, a stereotype is that this generation is lazy and technology dependent. On social media, teens campaign for their politician of choice. Between lines complaining about homework and sleep, evidence of political awareness is there. However, many voters think engagement on social media is enough. While it is important to relay your political voice, the biggest step is casting your vote and that’s where a large group is falling short.

One issue is that many newly eligible voters forget to register. A second issue is the tendency of the younger generation to be at odds with the corruption of the political system. Many in the millennial category side with smaller platforms. This may point to the reason why Bernie Sanders is so successful among young voters: he’s a candidate far from the political norm.

“I think it’s super important for people to vote; a lot of people, especially new voters, think their votes don’t matter. But if you don’t vote, you can’t make the change you want happen. I’m super excited to vote this year and I hope Bernie [Sanders] gets it [the Democratic Party nomination], but if Hillary [Clinton] gets it I’ll vote for her too,” senior Iona Hennessy said.

There’s also the fact that youth voters are–you guessed it–young. Young voters represent a paradox. They’re swept up in the political fervor, but apathetic when it comes to actually going to the polls. Often, they’re naïve and cynical. They don’t think their vote will make a difference or they just don’t care to find out and register.

Another major factor in this election is the media. More than 65% of adults use social media. As a result, the media has a strong influence on the election. Of course, each candidate now has a multitude of social media accounts. On top of this, news sites and everyday users log on to their accounts to play into the political fervor gripping the nation as voting revs up.

It is clear that social media is having an unprecedented role in shaping voting and changing the face of elections. One reason political social media usage is up is the youth vote. For instance, Jeb Bush and Hillary Clinton announced their candidacy on the smartphone application Snapchat. Candidates, now more than ever, are engaged on multiple platforms appealing to voters and campaigning for funds. These politicians are reaching a wide audience, but is this audience actually going out to vote?

“As fringe candidates, representing the polarized wings of the two parties have become the norm, pragmatic centrist voters have less and less attractive options…I used to think that the policy of mandatory voting, as practiced, for instance, in Australia, was a bad idea. My thinking: since every imbecile has a right to vote, this being fundamental to democratic politics of any kind, the self-disqualification of not bothering to vote seemed like a good thing. But empirically, the disincentive to vote, especially in the primaries, seems to have left the field to the most thoughtlessly self-righteous and compromise-incapable voters. So maybe we need a hefty fine for non-voting!” Mr. Dunn said.

Make a difference in this election by registering to vote. Follow the steps to register to vote in Florida here. Although it’s too late to vote in the Florida primaries, do so now so you are able to vote in the general election in November. You can register as young as 16, so don’t wait until the last minute.

Remember, every vote counts, so don’t let yours go to waste.