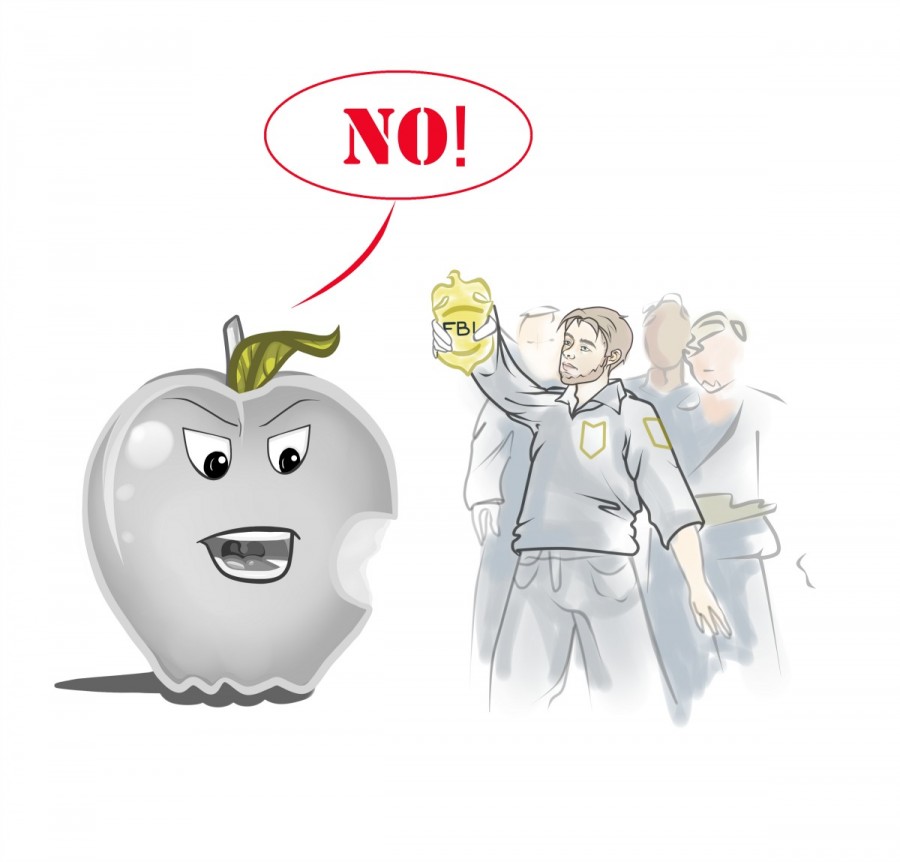 With the software's existence, the FBI would be able to unlock and get access to any iPhone at their will.

Recently, the FBI has been expanding its national security capabilities. When they obtained the San Bernardino terrorist’s Apple iPhone, they approached the company in an effort to persuade them to create a software that can unlock the phone but Apple refused. The FBI should not have the power to enter someone’s phone freely using a software that can potentially leak and allow anyone else to do the same.

“I don’t think anyone, regardless of their need or the power they possess, should be able to enter any phone at their own free will – it’s surely an invasion of how safe you feel and your private life,” sophomore Patrick Rabi said.

If software is created that allows people to unlock phones easily, it would be highly sought after and would eventually be leaked into the general public’s hands no matter how tight the FBI’s security is. The accidental – or intentional – global exposure of this software could be catastrophic: anyone would be able to get into someone’s iPhone without truoble. Not to mention, this could also turn into everyone’s private information being leaked onto the web – even more than in the past two years, where there has been a noticeable spike in it.

Some may support the FBI’s request to access personal information on devices since it could help them find and arrest people that are involved with terrorist organizations and those who assisted in acts of terror that were previously unknown to the authorities. This software could pose as a valuable tool on the war against terrorism, and for some, national security is of the utmost concern. With regard to the situation in San Bernardino, it may be beneficial to know who might have influenced the terrorists to commit such a violent act, yet Apple stands by their decision, which has caused a legal scuffle between the two entities.

Despite heavy pressure from the FBI, Apple is staying strong with their decision not to endanger the personal information of their customers which is definitely a valid reason due to the increase of cyber crime in recent years. Consumers should be glad that Apple withstood the FBI’s demands; Apple is protecting the personal information and privacy of its consumers and their smartphones.