Hillary Takes the Gold at the Democratic Debate 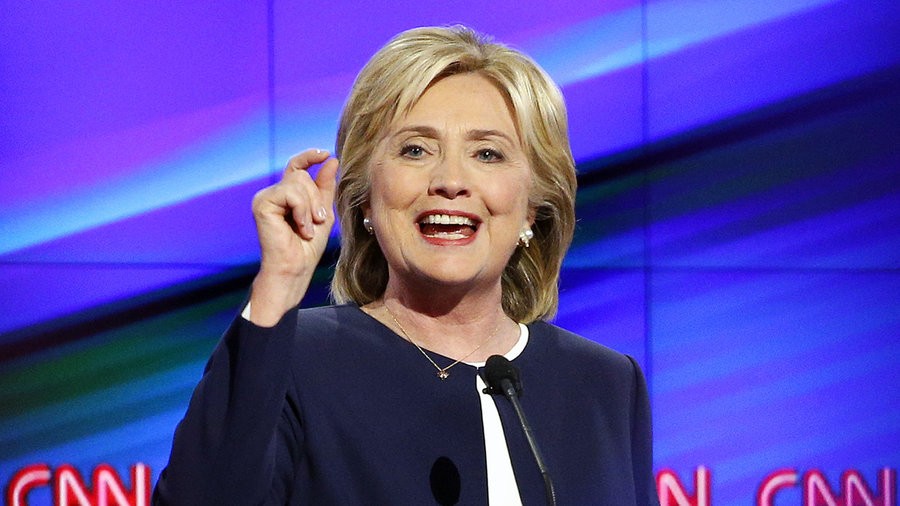 Hillary Clinton came out on top in the first Democratic debate.

The Democratic party presidential candidates took to the stage on Oct. 13 in order introduce the lesser known democratic candidates to viewers, and  to debate their views on important issues facing our country like, gun control, the economy, and climate change. The debate was hosted by the Cable News Network (CNN) who set strict rules on how much time the candidates were able to speak, just like they had done in the Republican debate; which had a total of 11 candidates, where as in this event there were only five democratic candidates. The winner of the debate was definitely Hillary Clinton, who out shined her opponents like Jim Webb and Lincoln Chafee, who seemed to have disappeared on stage; Clinton also gave popular democratic presidential candidate, Bernie Sanders a run for his money.

Clinton was by far the winner of the debate and was even complemented on her performance by many republican candidates like, Frank Luntz who praised Clinton’s skillful responses. Clinton is simply a good debater, however, with her email scandal many find Clinton to be quite suspicious and untrustworthy. When asked questions regarding liberal politics, Clinton stole the spotlight. For example, when she was criticized for her vote regarding the 2002’s Iraqi war, Hillary was more than ready and gave a well structured response. Clinton gave better reasons why she should be president, like how she is  “progressive” and actually aims to get things done.

“Clinton’s answers were well formatted and I think she would serve as an excellent candidate considering she does not let people’s criticisms affect her,” sophomore Alexa Velez said.

Bernie Sanders was toe to toe with Clinton and put up a good fight, but was not as successful as Clinton due to the obvious difference in experience regarding debating. Sanders made no direct confrontations with the other candidates and instead focused on the questions being asked. Sanders even came to the rescue when Clinton was being attacked regarding her email scandal and said, “the American people are sick and tired of hearing about your damn emails.” Although he did defend Clinton, Sanders made it clear that he was still her opponent and told Clinton sharply that, “all the shouting in the world is not going to do what I hope all of us want.” Sanders was determined to defend himself without directly attacking the other candidates, but he still lacked what Hilary had: debate skills and passion in her answers.

Few people were aware of  the other candidates other than Clinton and Sanders running for the Democratic primary, like Jim Webb, a candidate most American’s have never even heard of. Webb is best known for opposing the war in Iraq, and for criticizing George W. Bush at the White House reception. Many feel Webb appeals to republicans and was said to have been one of the “losers” of the night. He has also been criticized for bragging about the fact that he killed an enemy soldier in the Vietnam war. Lincoln Chafee, former governor of Rhode Island, was also a loser at the debate who was made a fool of by moderator, Anderson Cooper. There’s more, Chafee approximately only spoke for a pitiful nine minutes out of the 2 hour debate, making him unable to fully explain why he deserved to be on that stage for the debate.

Clinton took home the gold after her win at the democratic debate, which leaves her as the top democratic candidate. Politicians like, Jim Webb and Chafee leave America confused on what they plan to do and what they believe. The Democratic debate left America with a different impression on the buoyant Hillary Clinton; leaving the other candidates in desperation to get to the top.