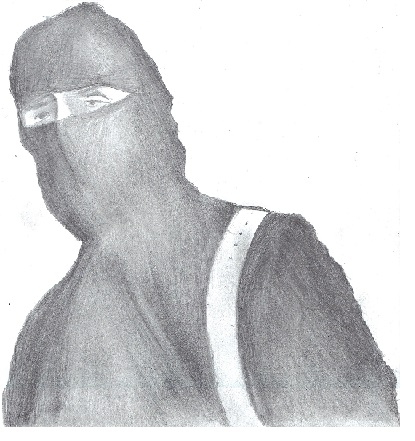 The increased number of terrorist attacks has caused a widespread hatred towards Muslim people, called Islamophobia.

On Jan. 7, 2014, Islamic terrorists massacred 12 cartoonists at Charlie Hebdo headquarters in Paris, France. Subsequently, on Jan. 9 another Islamic terrorist held French citizens hostage in a Kosher Grocery store in Paris; 4 hostages were killed during the incident. But the history of terrorist attacks perpetrated by Muslims has occurred across the globe; from the September 11 Attacks to the Boston Bombing, Muslim people from all over have been condemned by others because of Islamic extremists’ actions. Presently, Muslim people can be thought of as the most hated people in the world – which is an extremely bigoted mindset – and the hatred for Islamic followers is so ubiquitous that there is now a term for it; Islamophobia.

“There is definitely a branch of Islam that is radical and does terrible things in the name of Allah; we shouldn’t discriminate against Muslims, but we need to acknowledge that the radical branch of Islam is fairly powerful and needs to be stopped,” sophomore Paula Hernandez said.

Recently, the media has erupted with incidents caused by Islamic terrorists, such a the Boko Haram massacre, in which a Nigeria-based Muslim terrorist group murdered more than two thousand Nigerian citizens. Because of the increased number of terrorist attacks, the number of hate crimes against innocent Muslims has raised significantly. Already in France, sixteen Mosques (Muslim places of worship), have been vandalized with hate words, pig heads and fire bombs. Another incident is that of a veiled pregnant woman who lost her unborn child because of a violent assault fueled by Islamophobia. Unfortunately, none of these incidences has been highlighted in the media, which has led to the belief that all Muslims are terrorists, yet only 6% of terrorist attacks carried out on U.S. soil have been done by Islamic extremists. Islamophobia threatens the lives of millions of innocent Islamic followers around the world. The stereotype that all Middle Eastern people are terrorists perpetuates the continuous hate against Muslims.

“It’s ignorant and irrational of people to fear a group of individuals because of the actions of extremists. Islamophobia makes me feel like a prisoner … political propaganda and generalization by the media have caused more and more people to become Islamophobic,” sophomore Guneet Moihdeen said.

Although there are so many statistics that contradict the belief that all Muslims are terrorists, there are still millions of people who stand with the opinion that Islamic followers are horrible people. Ignorance and generalizations taint the reputation of Muslims, leading to hatred. In fact, the majority of terrorist attacks carried out on American soil are done by Latinos, but this obviously does not mean all Hispanic people are terrorists. The fact that the media highlights the wrongdoings of muslim extremists and not the crimes against Muslim citizens does not help with the prevalence of Islamophobia.

With the increase of terrorism in the world, innocent Muslims are being targeted with hate crimes. Educating yourself about the real statistics on terrorism, and educating others on the crimes against Islamic followers will help lessen the widespread hatred of Muslims. Presently, Islamophobia is a serious issue yet this topic is left in the dark; it threatens the lives of innocent people, and stopping Islamophobia will make the world a safer place.