Elizabeth Holmes: From an Icon in Silicon Valley to Defruading Investors 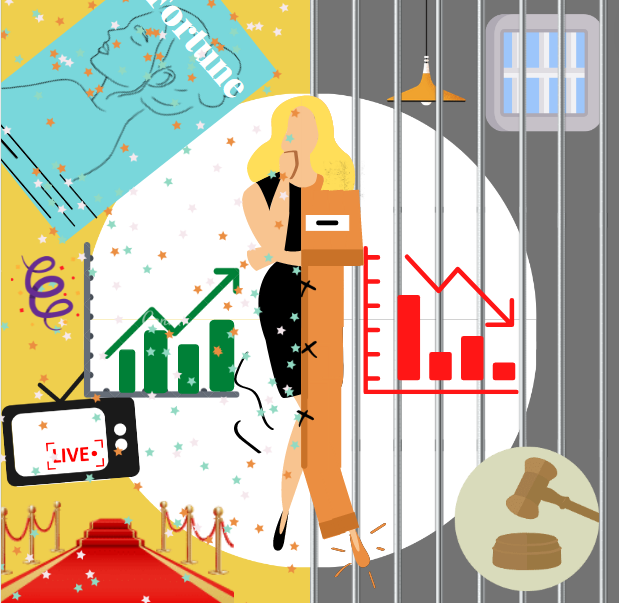 From fame to being sentenced up to 20 years in prison, Elizabeth Holmes and her blood-testing company Theranos was made up of lies and about their product to gain fame, partnerships and investors. (Aaron Rojas).

Elizabeth Holmes and Ramesh Balwani have been found guilty on four out of the 11 federal charges of defrauding her investors. Holmes now faces up to 20 years in prison and a fine of $250,000, along with a restitution for each wire fraud committed. However, any sentence following her conviction would need to consider the United States Sentencing Commision Guidelines and the federal statute enforcing the sentence.

The former American businesswoman built the company at the age of 19 while attending Stanford University. Holmes approached one of her professors during her sophomore year with the idea to start a company. With both parties agreeing, she founded Real-Time Curses, later being known as Theranos in 2003 and during her next semester, she dropped out of Stanford.

“I think investors should be more careful investing in Silicon Valley after the recent find outs in companies like Tharanos, Nikola and HeadSpin who have all defrauded their prior investors for their own succession. The investors knowing what they will bring to the table are just unfortunate to not see their investment go through in regions like Silicon Valley where technology, software and internet companies major,” freshman Martim Faria said.

Holmes also had a partnership with the pharmacy store chain Walgreens to distribute her technology throughout stores in California and Arizona. At her company’s peak, Theranos had a valuation of $9 billion, making it one of the most successful companies in Silicon Valley in 2013.

Holme’s firm promised its diagnostic machines could detect any conditions such as cancer or diabetes with just a few drops of blood. Theranos’s technology however, was not capable of making accurate and reliable tests for substances such as calcium, chloride, potassium, bicarbonate, the human immunodeficiency virus, Hemoglobin A1C, human chorionic gonadotropin and sodium.

“Holmes should be guilty because she made many people, including her investors, falsely believe their blood testing device results were good when in reality she had just been racking all of the fame and popularity for her own benefits,” freshman Jared Munoz said.

A Wall Street Journal investigation was launched on Theranos discovering that only hundreds of tests were using its own blood testing device and instead had relied on third-party devices, unlike normal blood testing companies at that time. Holmes’ attorney Lance Wade argued that “she made mistakes, but mistakes are not crimes,” adding that “a failed business does not make a Chief Executive Officer a criminal. Ms. Holmes did not go to work every day intending to lie, cheat and steal.”

Holmes also settled fraud charges with the Securities and Exchange Commission, but did not plead guilty on nine counts of wire fraud and two conspiracy counts of wire fraud around 2018. However, her trial was delayed with the pandemic and the birth of her child until it continued once again at Robert Francis Peckham U.S. Courthouse, in San Jose, Calif., on Sep. 8, 2021.

This controversy did not only result in her investigation; the scheme also contributed further to her wealth and notoriety. During this time, Holmes appeared in many cover magazines like Forbes and Fortune, was featured in numerous television shows and was even described as the next “Steve Jobs”.