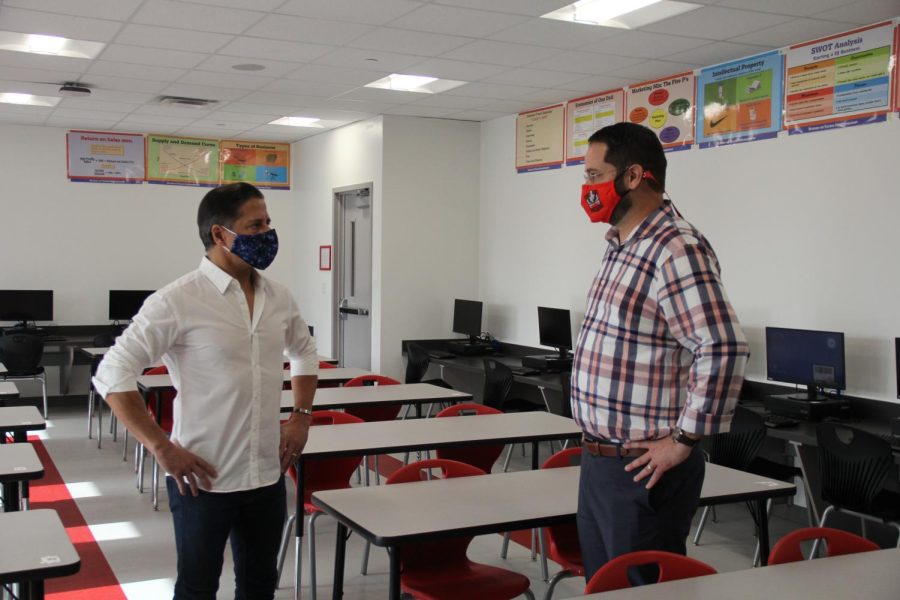 As Carvalho ends his 14 years here in Miami, he goes on to take on the new role as superintendent of Los Angeles Unified School District.

Accepting an offer to be the next superintendent of Los Angeles Unified School District, Alberto Carvalho’s time as Superintendent of Miami Dade County Public Schools has come to an end.

After 14 years of leading MDCPS, Carvalho announced his decision on Thursday in a public speech. He expressed his “deep love” for Miami but explained that it was time for him to “open his heart to LA”. There are no specifications yet on when exactly he will be leaving.

Carvalho’s journey towards being superintendent of the fourth largest school district in the nation began as a 17-year-old immigrant from Portugal eventually attending Broward College while working a day job. He then earned a scholarship at Barry University and became a science and math teacher at Miami Jackson Senior High. After four years of teaching, Carvalho served as an assistant principal, which led him to work Downtown and oversee federal programs. Eventually, he became the chief communication officer and made such an impression that he was offered the job of being superintendent for MDCPS.

In Carvalho’s time serving as superintendent he is credited with helping MDCPS become a grade A county by improving academic performance and graduation rates. However, over the last year, COVID-19 impacted many school districts across the nation with the transition to online school and having to completely reinvent last school year. Carvalho led Miami through these times and even had some clashes with Governor Ron DeSantis regarding mask mandates. Throughout the year, DeSantis threatened to withhold state funding if mask mandates kept being enforced. In the beginning of the year, Carvalho disregarded DeSantis and continued to enforce masks, a law still in place in LA.

“I will always believe that only the person completing the action will know what is best for himself, and it would only be selfish to think that his leaving would only affect us. He has done a phenomenal job of handling the opinionated conflicts over social media in regards to masks, threats to schools, and even the threat to implement a stadium at our very own school. I believe that he has well controlled these matters by reassuring the Miami dade population of their safety, which has in my eyes been one of his greatest attributes,” sophomore Amalia Garrido said.

LAUSD is the second largest school district in the nation with a large immigrant population, similar to Miami. Austin Buetner, the last superintendent, stepped down once his three-year contract ended. Carvalho is going to enter a school district that is still very much recovering from the toll COVID-19 took on student achievement, with declining enrollment rates throughout the district.

As Carvalho steps up to this new job in LA, he reiterates that Miami will always have a special place in his heart, but the time has come for him to take on a new role.