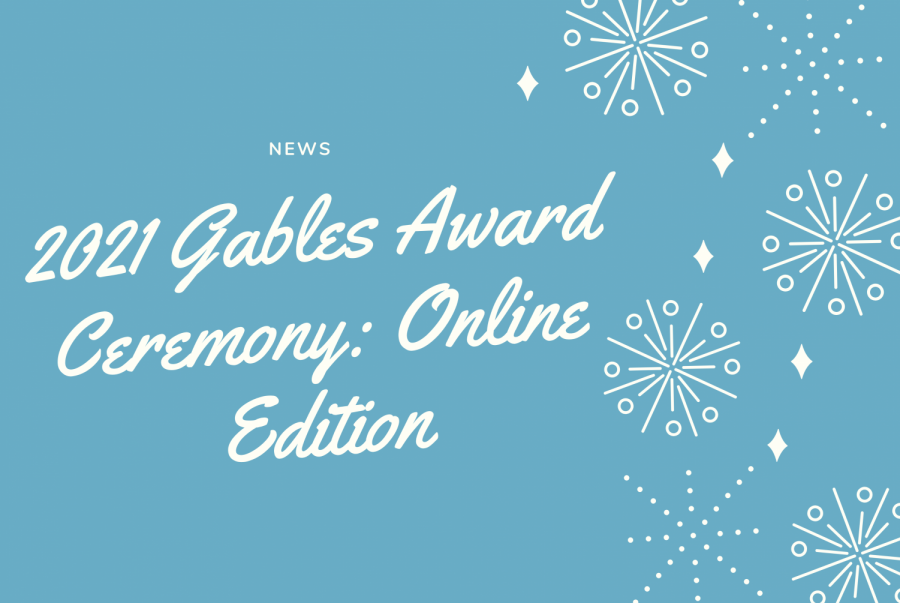 After a canceled 2020 award ceremony, Cavaliers got to celebrate their hard work by attending this event online.

The 2020-2021 Coral Gables Senior High awards ceremony was divided into three separate Zoom meetings based on students’ grade level where results were announced by staff members and Cavaliers were recognized for their dedication.

Students are selected via a nomination process. For a student to consider for an award, at least two teachers have to nominate them. Then comes the application phase where students answer questions about themselves. Their answers are then put into an excel sheet where test scores, grades and achievements are added. From there the faculty votes on each student and awards are decided on.

The freshman and sophomore awards ceremony was kicked off by CavsConnect Co-Advisor and Activities Director Mrs. Suarez, who congratulated students for making an early impact. Ms. Barrow, the Gables theater teacher, then presented awards with congratulatory speeches tailored to each student.

“I believe the ceremony went really well. After all, Mrs.Barrow did a wonderful job at giving out the awards putting emotion into it too. I personally believe that everyone there deserved the awards that they received and I wholeheartedly congratulate them on their hard work to earn these awards,” freshman Jackeline Acosta said.

The sophomore awards were announced shortly after the ninth-grade presentation concluded. Sophomores were given community service awards, as well as the rising star awards which were received by CavsConnect writers Audrey Simon and Mia Cabrera.

The following day, junior awards were presented by Mrs. Kiely. 21 students were selected, including CavsConnect Co-Editor-in-Chief Maia Berthier and future Model United Nations president Benjamin Pla. The main difference between the juniors and the sophomore/freshman ceremony is the variety of university awards. These include recognitions from colleges such as Harvard and the University of Pennsylvania. Students receive these accolades if they embody the ideals and morals of the particular university.

“I received the Robert Schneider Social Studies Award based on my involvement in politics and international relations. I have contributed a lot to this political community through my efforts on the board of Model U.N., Miami’s Independently Assembled Model U.N. Conference, as well as founding a high school internship program that partners with Consulate offices,” junior Benjamin Pla said.

As the year comes to an end, so does the high school chapter for the class of 2021. This 12th-grade ceremony is the longest and presents the most awards to seniors who will soon be saying goodbye to Gables. Unlike the other ceremonies, there was a PowerPoint with the senior pictures and names of the recognized students and the most prestigious awards were given. According to Principal Ullivari himself, these students were rewarded for making an impact as Cavaliers at Gables and are at the top of their class.

Ms. Barrow led the senior event with her encouraging words to students as she initiated the department awards. These include subject awards such as Language Arts, as well as the academy awards like the International Baccalaureate award. There were also publication awards, which honored members of the school yearbook, the Cavaleon and CavsTV. Natalie Abrahantes won the CavsTV award while overseeing and helping plan all of the ceremonies.

Halfway through the presentation, Mrs. Kiely took over and started with the “You Make my Day” award. This ceremony came to an end with the Senior Distinction awards, and Ms. Suarez gave a speech to conclude the event.

This ceremony was unlike any other and will forever remain a special memory for the commended Cavaliers. The freshman-sophomore, junior and senior ceremonies were recorded and posted on the CavsTV Youtube channel.