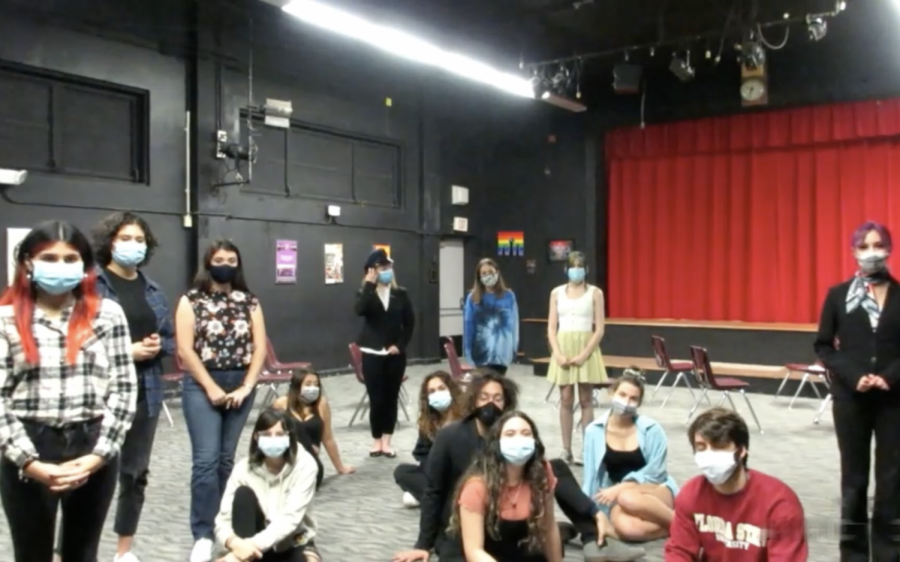 Every year, thousands of theater students from across Florida meet to attend the four-day Thespian State Festival, the largest state festival in the country. Last year, the Cavalier Troupe faced the cancellation of this event. However, this year, despite the very different circumstances under which the event was held, Coral Gables Senior High’s Troupe 0476 competed in six different categories and was able to take home top scores.

“This is so wonderful and we represented Gables extremely well. We even got a superior on our large group musical. We have never gotten that score on the state level and I am beyond proud,” troupe director Ms. Barrow said.

In preparation for the event, students practiced on their own for their individual competitions. As for the Large Group Musical, the team met to rehearse twice a week for four weeks. Normally, students would rehearse in Gables’ campus theater. However, this year, for safety reasons, the group had to practice their musical in a public open space — the Coral Gables Museum. For their Large Group Musical, Cavaliers performed a reprise of “38 Planes” and “Somewhere in the Middle of Nowhere” from the Canadian musical “Come from Away”.

“We had to rehearse in a public open space and it was very stressful. We all had to rely on the dependability of the ensemble. It was a lot of work, but we ended up getting a superior on a state level which was great,” senior Katerina Valdes said.

As always, the competition spanned the course of four days, from Wednesday, March 17 to Saturday, March 20 this year. Normally, Cavaliers make a road trip to join over 7,000 other students from across the state in Tampa, where events are held both in the Tampa Convention Center and the Straz Center for Performing Arts. There, the theater enthusiasts spend their days watching other students’ pieces, attending workshops and enjoying plays in the afternoon put on by fellow students.

This year, although the festival was held virtually, it was very similar to previous years. Students were able to watch a variety of events showcasing the works of fellow thespians; drama devotees also had the opportunity to attend a variety of pre-recorded workshops and forums hosted by working performers and professionals.

At these workshops, students could learn more about a variety of aspects of the performing arts world whether it be developing a complex character on stage, acting for television or even shadow puppetry. While a virtual convention may not be as action-packed as the typical festival, the bright side was that it provided parents with the unique experience of watching their child perform at such a big assembly.

Cavalier Thespians certainly excelled at last week’s festival. Even with the tribulation of having to attend such a momentous event in an online setting, they scored better than ever before on the state level, bringing home five superiors and three excellents.