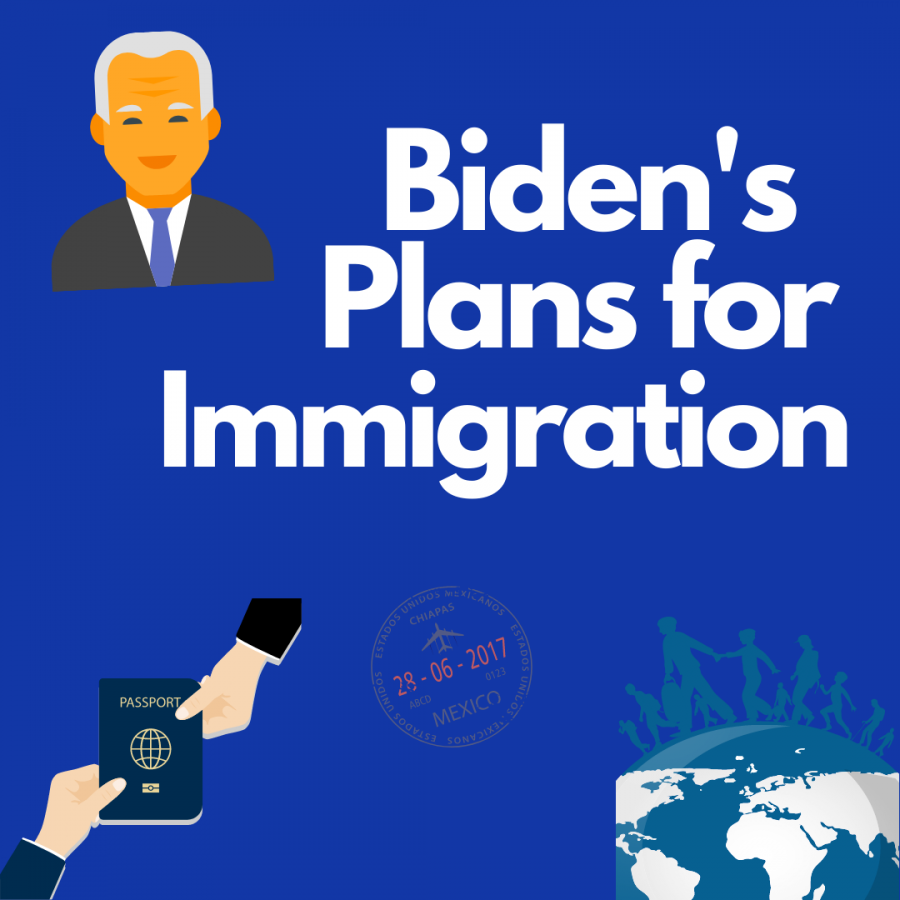 Biden makes many new promises for immigration during his term.

After Biden was elected to be the 46th president, changes for foreign-born families living in the U.S. are sure to come due to Biden’s promises regarding immigration policy for his upcoming term.

In 2012, Barack Obama introduced Deferred Action for Childhood Arrivals, an immigration policy that would provide deportation protection and work permit eligibility to child immigrants. However, in 2017, the Trump administration attempted to rescind this policy, taking away the protections of all child immigrants. Later in June, the Supreme Court ended up ruling against his attempts, explaining that Trump’s administration did not have adequate reasons for getting rid of it.

Along with other plans that he has for his term, Biden has introduced various goals having to do with immigration. The former vice president promised one thing for sure: the reinstatement of DACA. On his first day in office, which is soon to come in January, Biden has pledged to make DACA permanent, giving many immigrants a new change after years of their status in this country being in limbo.

DACA was originally introduced to provide protection for children of undocumented immigrants. It granted kids who were brought to America illegally the opportunity to stay in the country and work without fear of deportation. In addition to reinstating it, Biden plans on adding new features to the DACA program, such as federal student loans and possibly even two free years of community college. As for how the president-elect is planning on reinstating it, he is aiming to sign an executive order that will become effective immediately after he gets inaugurated on Jan. 20.

“I believe that Biden’s immigration plan has lifted a lot of pressure from immigrant families living with the constant fear that their children are at risk of getting deported. Hopefully, his strategies on how to deal with illegal immigration will help those people who were put into border camps like animals, and give them another chance at an ideal life,” senior Melany Cervelo said.

Disagreeing with the ways President Trump has dealt with illegal immigration, the president-elect is focusing on reversing many of Trump’s policies. In an effort to do this, Biden wants to first reunite families that have been separated at the U.S.-Mexico border by creating a task force to reconnect as many children with their parents as possible.

Biden has goals of creating a pathway to citizenship for millions of immigrants, known as comprehensive immigration legislation. The former senator is additionally working on rescinding yet another one of Trump’s implementations — the Muslim immigration ban. Biden will also defund the building of the wall along the United States’ southern border, one of President Trump’s most notable aspects of his campaign.

A big part of Trump’s campaign was his aim to substantially reduce illegal immigration, the manner in which this was done has incited complaints about the way immigrants were being treated. Biden claims he will reform the current immigration system, aiming to put an end to Trump’s use of “metering,” which places a limit on the number of migrants allowed to request asylum at the border, and his Migrant Protection Protocols. Biden’s objective is to improve the treatment of undocumented immigrants, as he works to build increased supervision over Border Protection and Immigration & Customs Enforcement.

For years now, child immigrants have been unprotected after DACA was removed, leaving many with the constant uncertainty of their living situation. As Jan. 20 rolls around, millions of immigrants are waiting to see what their status in this country will be after Biden is inaugurated. Promises of a more certain future for immigrants are leading to a positive outlook on what is to come.