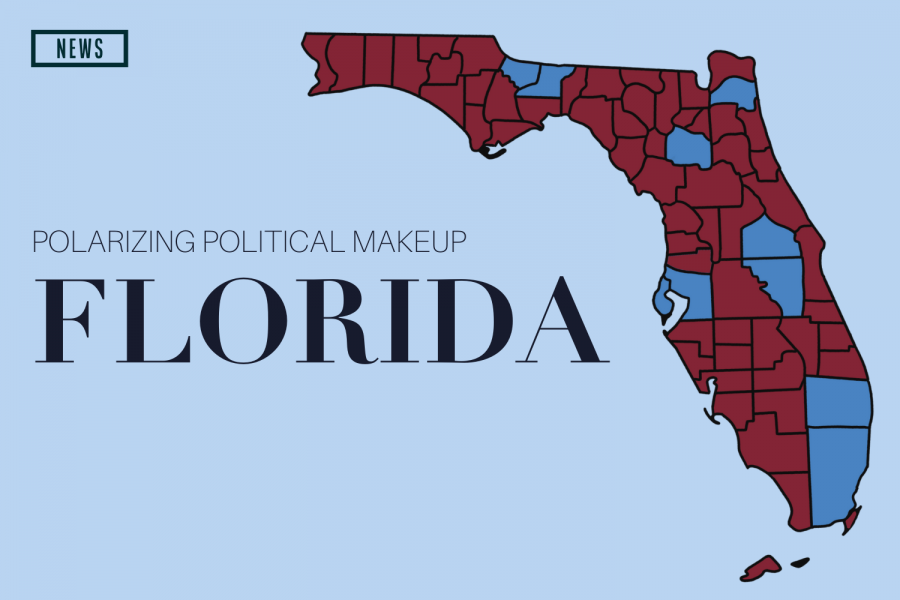 Florida’s contrasts highlight the variation of political opinions that differ throughout different areas of the state.

While accepting the presidential nomination, Biden promised to be a president for all citizens – both those who voted for him and those who did not. One of the states that did not swing towards Biden was Florida; President Trump earned all the state’s 29 electoral votes. However, as one looks closer at this battleground state, the voting pattern highlighted the stark divide between Floridians and who they chose to vote for.

The map of Florida’s voters illustrates how Biden won districts with major cities such as Miami, Tallahassee, Orlando, Tampa and Jacksonville. These counties hold cities that have the largest concentrations of populations within the state. Despite this, President Trump went on to secure the state as a whole, since he was able to win a large majority of the remaining, smaller counties.

Within the city of Miami itself, a political divide was evident as well. Donald Trump dominated the votes within the areas of western Miami, where the Cuban American vote was most prevalent as in Kendall and Hialeah. President-elect Biden won a large part of the eastern side of Miami-Dade County in cities such as Miami Beach and Coconut Grove.

“Miami itself is very diverse. I assumed that it would be more democratic but I always knew it might be close between both parties,” sophomore Brian Matute said.

The divide among citizens is a result of several factors. Those within a city may be more inclined to follow parts of the Democratic platform. This has been the case for several decades, as
Democrats usually support policies that benefit and somewhat provide for a large variety of people at the expense of higher taxes. These policies, along with heavy support of social equality movements, gain support within populous areas.

“One of the main democratic platform issues involves establishing social equality between both race and gender. These progressive beliefs tend to appeal to those within cities,” sophomore Tristan Balbin said.

The farther one moves from a major city, the less Democratic support there is. Common Republican policies often benefit those citizens with the main priority of economic advancement. A portion of the less populated areas of this state comprise the agricultural infrastructure of the country. These farmers overwhelmingly voted for President Trump and his policies such as having an estate tax that did not heavily affect farmers, the protection of the biofuel industry and the rebuke of the Affordable Care Act, more commonly known as Obamacare.

The pattern seen in Florida was not an isolated incident; this trend followed throughout the country, from the east to the west. The best way to show this is with the political map of the last election. Many agricultural states, like Montana and the Dakotas, heavily voted for Trump, which has been the case for Republicans for almost a century.

Another example of the political differences between voters would be Pennsylvania, where Joe Biden won the election after last-minute mail-in ballots narrowly turned the state blue. Many of its counties containing the most populous areas, such as Philadelphia and Pittsburgh, predominantly voted for Biden.

These stark political contrasts between citizens are unlikely to change within Florida nor throughout the rest of the United States. Each party attracted their demographic in such a way that it highlighted the true makeup of the state of Florida. With these divides, however, perspective grants the ability to change voters’ points of view as no one Floridian is the same.