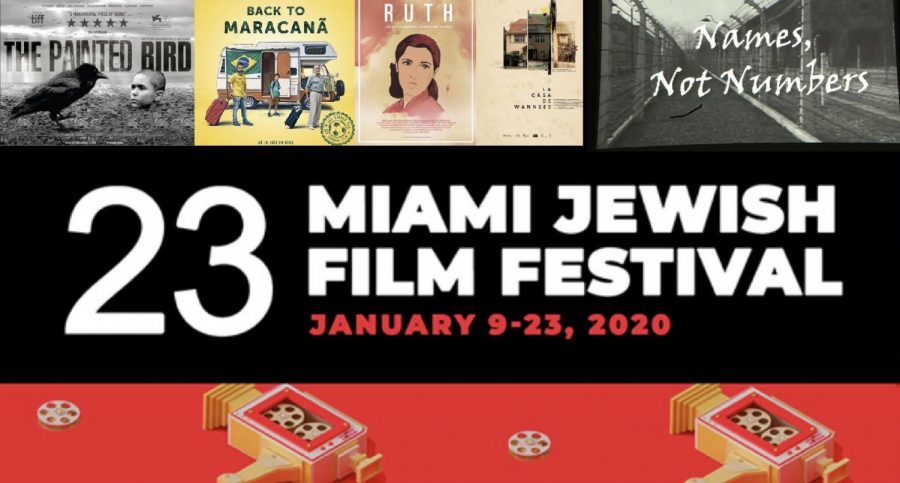 The twenty-third annual Miami Jewish Film Festival just finished up after being held across Miami, in many different venues from Jan.9-23. They had a variety of films spanning multiple nations of origin, languages, subject matters, time periods and amount of acclaim.

The festival has changed a few things from previous years; this year they are including Ibero-American films, as in films from Spanish speaking countries. Many of these international films experienced their debut in the United States. One such film was “The House on Wannsee Street” which had its international debut outside it’s place of origin, Argentina. Both showings of this documentary at the festival featured a Q+A with the director and a main character.

Many of the films featured had Holocaust-based themes, like in the film “The Painted Bird,” which follows a young boy traversing Eastern Europe during World War Two. This film is the Czech Republic’s official entry for the Oscars.

Despite twenty Jewish films being shown at the festival, many had little of the religion itself featured in the movie. A few films had no relation to Judaism other than the language or director’s religion.

There was a startling amount of variety in the films. For instance, there were films about the Vatican’s policies and actions towards the Nazis, but there were also some about soccer and its importance in people’s lives. One such film is “Back to Maracana,” which is about the complicated relationships and secrets kept between a father, son and grandfather during the 2014 World Cup in Brazil.

“There are concepts shown in this festival that are so out there, like one about soccer, that you would not even think that they have any relation to Judaism,” freshman Patrick Heydasch said.

A common theme between films was secrecy. This applied to Holocaust movies and others alike. The element of secrecy plays a particularly large role in Holocaust movies due to Jews during that time hiding their identity to avoid the genocide. Also, many people kept their personal traumas and experiences to themselves, without even telling their closest family members about their suffering during the atrocities.

Movies about recent political figures were also included in the festival, with movies like “Ruth: Justice Ginsburg in Her Own Words,” and films about former Prime Ministers of Israel like Golda Meir and Menachem Begin.

Some more current themes are regarding kids growing up in Israel, growing up with both Muslim and Jewish parents, and movies about cantors.

Even closer to home were movies involving the state of Florida. For example, the documentary “Names not Numbers” shows Miami students interviewing Holocaust survivors for a school project.

A festival like this gives the Jewish community more things to bond over. There were many occasions when people who never met struck up conversations in the theater after a movie was shown. Being Jewish is already something to bond over, but watching movies related to it just adds further. The entire festival is a really good binding force in an already vibrant Jewish community.

“The festival gives a greater media presence for the community, which is one of the ethnic groups of Miami which is rarely associated with the city,” freshman Parker Grossman said.

The twenty-third annual Miami Jewish Film Festival has provided a rich cultural experience for movie-goers across the city of Miami that appeals to many people of varying backgrounds, languages and ages regardless of religion, despite the name.