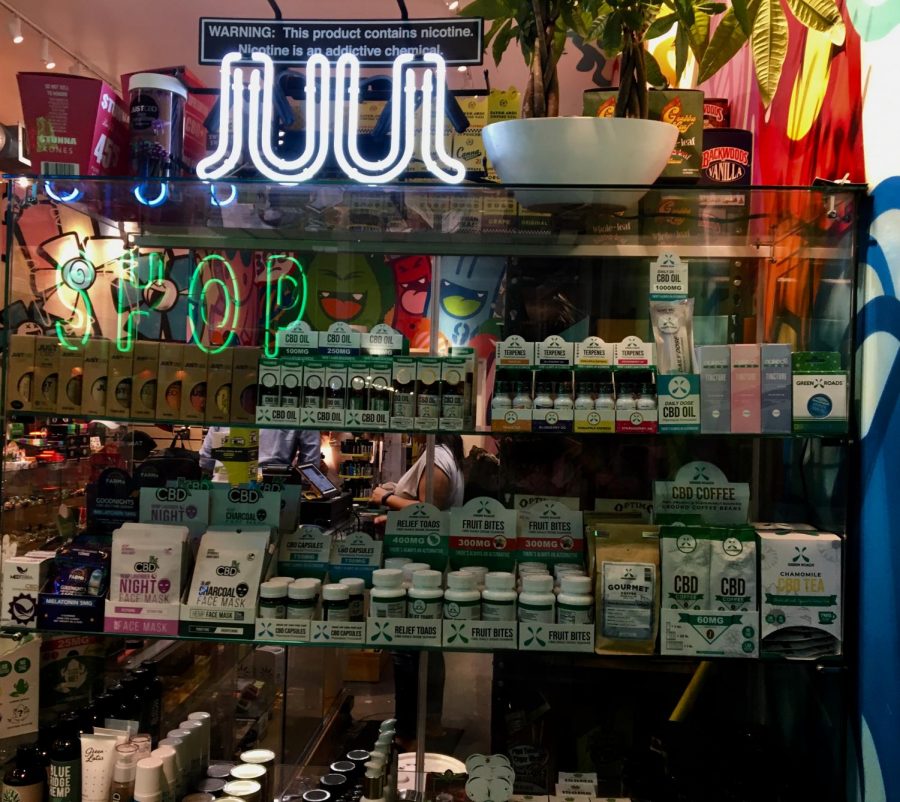 The executive action will ban the sale of flavored electronic cigarettes, which are typically marketed at teens, within the United States.

As a result of recent vaping-related deaths, President Trump explained that he is considering taking executive action to reduce access to vaping devices in the United States. The Trump administration plans to implement a ban outlawing selling electronic cigarettes that could be put in place as soon as Wednesday, Sep. 18.

Vaping – the term commonly used to describe smoking with electronic cigarettes – has been linked to 500 cases of illnesses and six deaths across the United States. Health risks include slower brain development, addiction to nicotine and exposure to heavy chemicals and metals.

“I think electronic cigarettes are just dangerous. They claim it is a healthier alternative to cigarettes but not much is really known about them and we’ve seen seven deaths because of them. They are just really dangerous and should be off the market,” said freshman Arcenio Ceballos.

President Trump held a press conference last Friday, Sept. 13, where he addressed the growing health problems that have surfaced as a result of vaping.

In response to questions regarding his choice to implement a ban on flavored electronic cigarettes, Trump explained that despite common misconceptions, vaping is not safe and has been linked to recent illnesses that threaten the well-being of young people around the nation.

“We cannot have people getting sick, and we can not have our youth be so affected,” President Trump said at a press conference in the Oval Office.

Health and Human Services Secretary Alex M. Azar II released a statement explaining that a plan to get non-tobacco flavored cigarettes off of commercial shelves would be released in the coming days.

This announcement came after Michigan became the first state to ban the sale of flavored electronic cigarettes.

Other states, such as Massachusetts and California, are considering taking similar measures against the risky trend as the numbers of young Americans who vape continue to rise.

Big vaping companies’ shares on the New York Stock Exchange have dropped as a result of the news. The profit of vape companies is also expected to drop, as this ban limits their ability to commercialize and sell flavored electronic cigarettes.

“Lots of kids waste their money on that stuff for no reason. Electronic cigarettes were intended for people trying to quit smoking, not for teens to pick it up,” freshman Bryan Guillen said.

Though e-cigarettes were initially intended to help smokers ditch the habit, electronic cigarette companies advertise their products on television channels and popular social media outlets to reach their new target group of young people. According to the CDC, one in five teens uses electronic cigarettes.

The Trump administration hopes to reduce these numbers and curb the vaping epidemic plaguing high schools in the months following the implementation of their administrative action.