G7 Summit in Biarritz: Can Talks Truly Save The World? 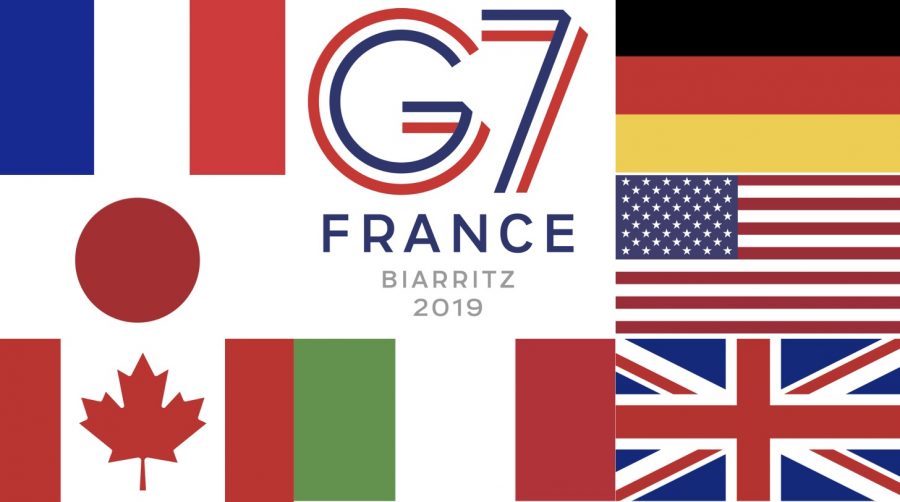 Seven of the world's major powers convened this August to discuss the most pressing issues that face our planet.

The 2019 G7 summit, an annual conference where seven of the world’s major powers convene and discuss economics, politics and the overall status of the world, was held in Biarritz, France on Aug. 24 through Aug. 26. This year’s edition has become even more significant as tensions in the Middle East and China continue to rise. The spotlight was also heavily focused on President Donald Trump as a result of the political turmoil he has sewn both at home and abroad.

This year’s G7 summit had many different issues to discuss: democratic protestors have been active in China, relations between the US and Iran have become strained following the American exit from the Iran Nuclear Deal, Brexit has caused uncertainty regarding the future of the European Union and the effects of climate change have become even more apparent.

“The entire world is at a tipping point, and leaders need to do something before it is too late,” freshman Edglhys Lopez said.

The delegations at the 2019 G7 summit were the United States, France, Germany, Italy, Japan, the United Kingdom and Canada. When the leaders arrived in Biarritz, they began the summit with the customary formalities, including press conferences, handshakes and the usual photo-ops.

Among the seven leaders, they came up with solutions to help fight worldly issues, including allocating $22 million in emergency aid to help fight the Amazonian rainforest fires that have been raging in Brazil and Bolivia for the past several weeks.

“I think world leaders should consider supplying troops to help fight the Amazonian fires, as they are so dangerous to our world and the air we breathe,” freshman Patrick Keough said.

President Trump met with leaders such as the newly elected Prime Minister of Great Britain -Boris Johnson – and French President Emmanuel Macron. Macron appeared to be bringing nations such as Iran to the table in an effort to hold successful negotiations, at one point inviting the Iranian foreign minister, Javad Zariff, to have a discussion with the United States about their nuclear disagreement.

The result was a promising idea of diplomatic discussions and a step in the right direction for relations and overall peace. It is a long path to universal agreement, but if this summit was an indication of the future, the future looks bright.