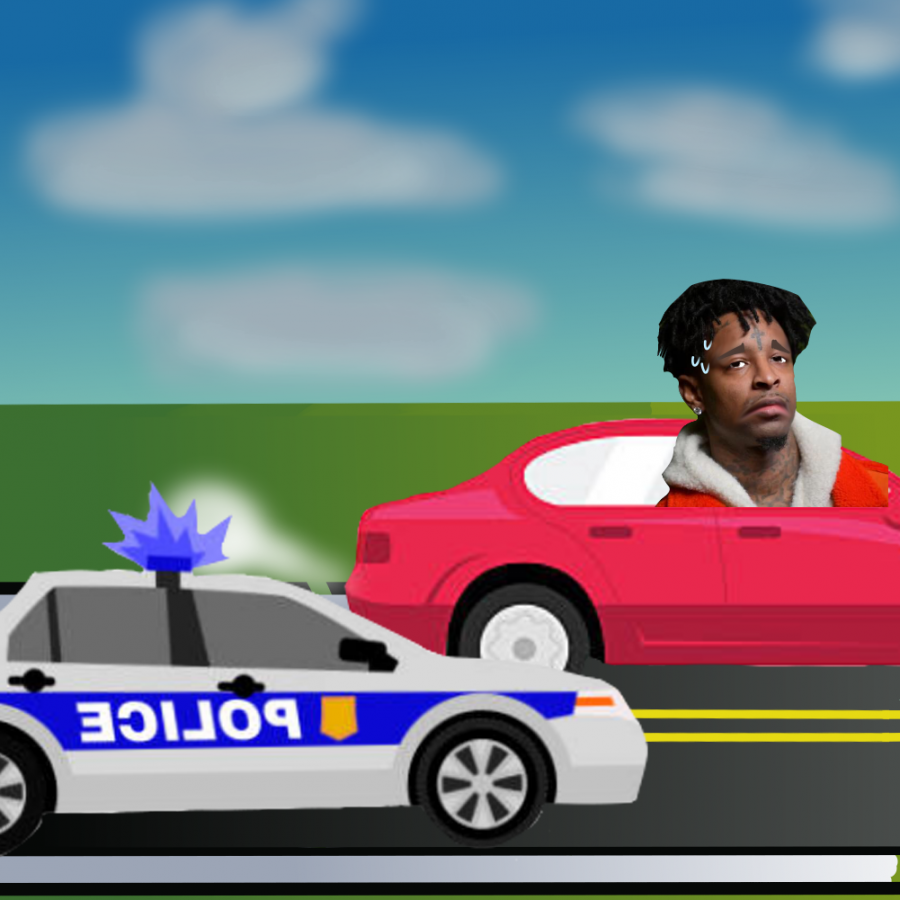 The famous rapper faces deportation after overstaying his visa in the United States.

On Sunday, Feb. 3, acclaimed hip-hop artist 21 Savage was arrested in Atlanta by Immigrations and Customs Enforcement (ICE). 21 Savage, whose real name is Sha Yaa Bin Abraham-Joseph, was captured and found to have a United Kingdom (UK) Citizenship. Shortly after his capture, Abraham-Joseph confirmed that he was in the United States (US) illegally and managed to stay in the country by overstaying his H-4 visa.

“This news came out of the blue- with so much going on in the world today, I don’t really pay attention to rapper’s nationalities. I am mostly confused as to how someone who has gotten in trouble with the law before was never caught for something that seems so obvious,” junior Marcela Paz said.

Law enforcement discovered that 21 was in the US illegally when he was arrested. Despite having gotten in trouble with the law previously, only now did officials look into the rapper’s files where they found his UK birth certificate. Abraham-Joseph was born in Newham, a borough of London, and first entered the US in 2005 with a visa that expired only a year later. In 2017, when he realized that he needed a visa, he applied and did not receive one on time for unknown reasons.

This news comes at a surprise to loyal fans of his who are used to his constant references to being from Atlanta. His American accent and lyrics that imply growing up in a violent and dangerous Atlanta give listeners no reason to suspect that he was not born in Atlanta. After a turbulent childhood, 21 Savage turned to helping the grave gun violence situation in Atlanta, beginning with the “Paintballs Up, Guns Down” movement in Spring of 2018. While it received some criticism, the movement was seen as a step in the right direction to improve the streets of Atlanta.

“I don’t think that anyone really expected this odd turn of events, it’s not really something that’s happened before. I enjoy his music, and I’m sure I will keep listening to him regardless of where he is,” freshman Allison Cajina said.

With the trials taking place, it is unlikely that Abraham-Joseph will be out to accept any awards in the occasion that he wins. He was nominated for “Best Rap/Sung Performance” and “Record of the Year”. However, this trivial detail pales in comparison to the long court dates and hefty legal battles that await the rapper.

Regarding the topic of his detention, 21 claims that it is “baseless”, and has many lawyers working on his case to prevent any further issues. As the legal battles go on, the controversial issue of how to deal with illegal immigrants has been put back on the table. Many members of the music community have spoken out in anger and disapproval of the situation, yet the case is at a standstill at the moment.