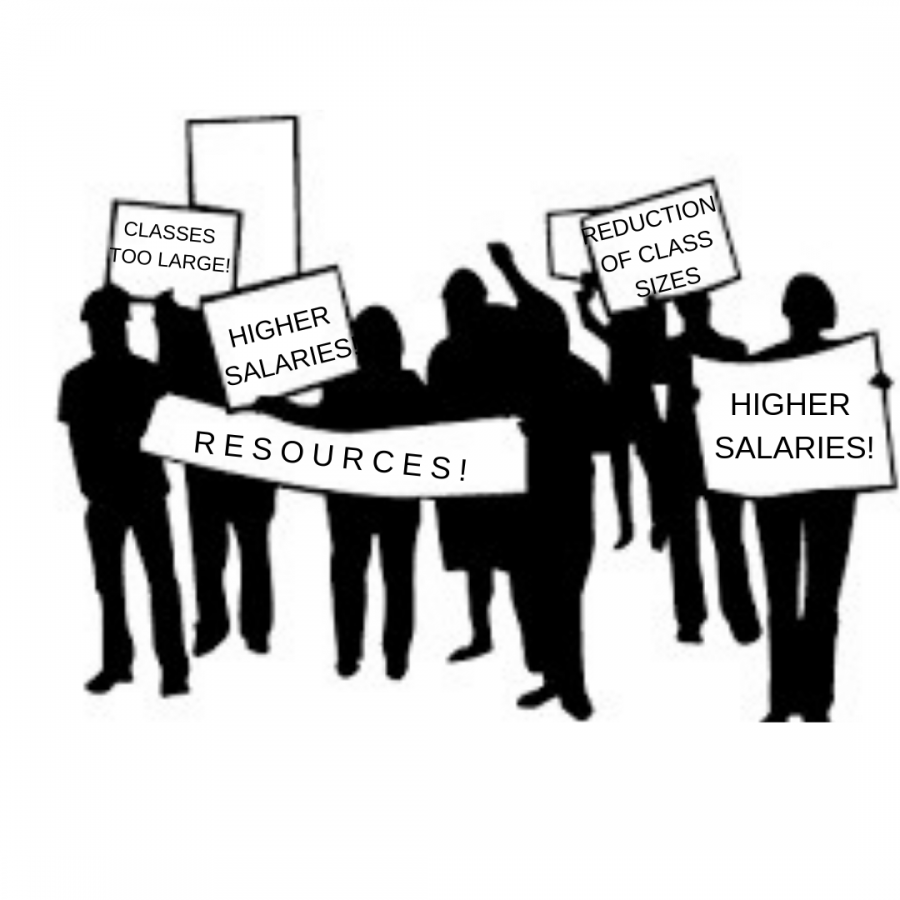 As the Los Angeles education funding plummeted, teachers and staff grew restless at the lack of funding for necessary resources in schools. This week, more than 30,000 teachers and their supporters gathered in downtown Los Angeles to strike for educational justice. The strike begun on Monday Jan. 14 and it seems it will not end until the district meets the teachers’ demands.

The teachers and other educators are protesting for higher teacher salaries, more resources including full-time nurses, counselors and librarians, and a reduction in class sizes. There has not been much progress between the district and the union, leading the protestors, as the district claims they do not have the funds to meet the $1.8 billion that the union wants the district to tap in to. However, the union claims the districts projections of the reserves are always wrong and they end up receiving way more than they projected. The district tried to make peace by offering them $130 million but the union denied the offer.

“It is great that teachers in California are standing up to the district that they feel has deprived them of useful resources and sufficient salaries. I hope the district soon succumbs to their demands so that they can go back to teaching,” senior Andrea Adesso said.

The ongoing strike has affected many students as they have not been going to school because of the lack of teachers. Many students have reported playing games and watching movies all day long. However, the superintendent is intent on keeping the schools open. The state funds schools based on daily attendance so every passing day that teachers and students do not show up to class is costing the school district millions of dollars.

“I think both the district and the teachers union should work quickly to reach an agreement because both sides are losing who neither teachers nor students are showing up to school,” senior Aisel Galvez said.

It is quite possible that it will take a long time for the district and union to come to an agreement on the resources and funding that will go to schools in order to satisfy everyone. For the time being, the teachers continue to protest this week as everyone in the community hopes that they will reach an agreement soon. If the union’s demands are met, it could mean a large increase in teacher salaries as well as resources available in schools.