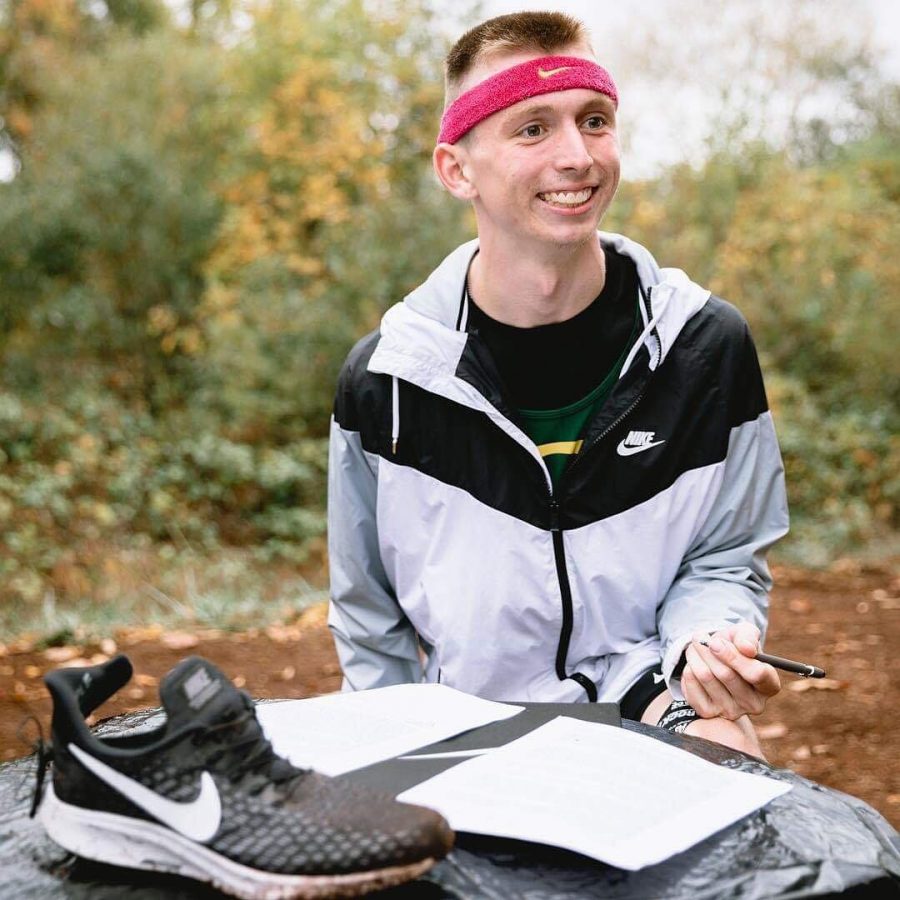 is indubitably the company most people think about when seeking to buy athletic-wear. Valued at over 23 billion dollars and growing every day, Nike’s colossal socioeconomic role in the athletic world cannot be underestimated. In a pioneering move, the company signed, for the first time, a pro-athlete contract with a runner who has cerebral palsy. The move was announced on Oct. 6, Global Cerebral Palsy Awareness Day.

Cerebral palsy is caused by abnormal brain development prior to birth and can severely limit an individual’s ability to conduct basic motor movements. This, however, did not stop Justin Gallegos, a junior at the University of Oregon, from achieving his dream of becoming a pro-athlete. Much of his early childhood activity was confined to physical therapy and walking using a walker. Throughout his teenage years, he became stronger and eventually decided to become a runner in high school. During this time, he reached out to Nike to pitch a shoe that would help handicapped runners. The shoe, in lieu of traditional laces, has a zipper that allows for easy use; Nike calls it FlyEase technology.

“As a runner myself, seeing a company I respect and buy from like Nike take such a move is incredible. My faith in Nike as the best athletics brand has been reinforced,” senior Trinidad McGraw said.

Gallegos, after one of his team races, was greeted by Nike’s Insight Director John Douglass and cameras to announce his pro-running contract to his teammates. Apart from his previous work with Nike, Gallegos was working with the Breaking2 campaign, an organization that helps athletes break the two-hour marathon barrier – a goal Gallegos reached this past April.

“Cerebral palsy is not really spoken of much in the media. I hope Gallegos’s contract with Nike really brings awareness to the issue and helps motivate the medical community to find better methods of coping and treatment,” senior Nikita Leus-Oliva said.

Nike’s work with Gallegos and other athletes like him sets an important example for the sports world. Major brands often feature athletes with perfectly sculpted bodies. However, Nike’s work with Gallegos will hopefully shift the markets focus from purely physical to a more holistic view of what it means to be an athlete. Gallegos’s story has been made public thanks to Nike, it will surely inspire younger disabled individuals to believe that being a pro-athlete is within reach.