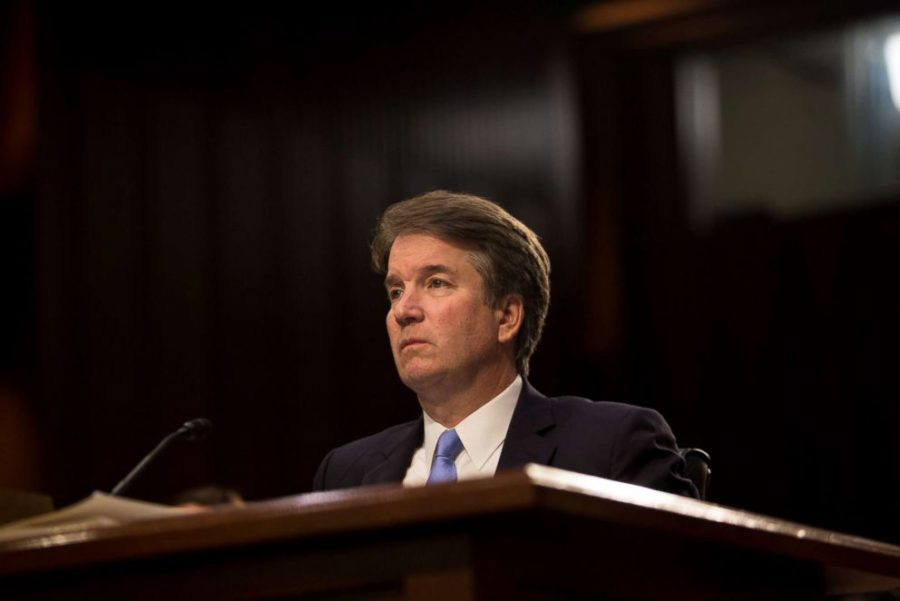 This past week, President Donald Trump’s Supreme Court nominee Brett Kavanaugh traveled to the Hill for his Senate confirmation hearing. The hearing comes off the back of weeks of speculation about his plans as a Justice on the court and an in-depth analysis of his track record.

Kavanaugh, a Washington native, is currently a judge for the United States Court of Appeals for the District of Columbia, a position he has held for 12 years. Kavanaugh is widely regarded as a bulwark for conservative principles and values; his notable rulings include voting in favor of an increased role of religion in public schools and limiting the power of the Environmental Protection Agency (EPA). All of this has prompted primarily liberal interest groups to protest his nomination, arguing that it could end years of progress made on key social issues such as abortion or same-sex marriage. Despite the presence of liberal U.S. Supreme Court Justices, Kavanaugh is set to replace Justice Anthony Kennedy, a notable centrist and tie-breaker, thereby making the court majority conservative.

“I had my reservations about Judge Kavanaugh when I first heard of him. I hope I get a better sense of who he is once the hearing is over,” senior Eve Adan said.

Once on the Hill, Kavanaugh got off to a rocky start with the arrival of 40,000 pages of documentation relating to his nomination only one day before the Senate hearing. The documentation was extensive, to say the least, with everything from past court decisions to private information on Kavanaugh found in those 40,000 pages. Naturally, it was impossible for the Judiciary Committee to review all of the documents; this caused Senators on the committee to petition to postpone the hearing.  Senator Diane Feinstein (CA) pressed Kavanaugh on the issue of affirmative action used for college admissions. Kavanaugh, while recognizing the importance of diversity, preferred the usage of race-neutral criterion first only using race as a last resort. He cites legal precedent and his work on the Bush administration as support.

As a Trump nominee, it was a given that his relationship to the president would be a source of questioning. Senator Kamala Harris (CA) had no qualms of slamming Kavanaugh on the subject. When he was asked about whether or not he had discussed the investigation by Robert Mueller on Russian interference in the election, he provided a vague response with little elaboration. Furthermore, Senator Harris questioned him if there had been conversations between Trump’s personal lawyer and himself regarding the investigation. Kavanaugh once again provided a vague response, citing his inadequate knowledge of all the employees of the law firm.

“After hearing some of the things Kavanaugh said in the hearing, I do not feel confident in his ability to interpret the law in an unbiased manner. His strong conservative track record seems to be based more on personal convictions than strict legal interpretation” senior Nikita-Leus Oliva said.

Whether or not Judge Kavanaugh becomes the nominee, the relevancy of the nomination could not be greater. Supreme Court Justices serve life terms, allowing them to stop or help move forward social change.