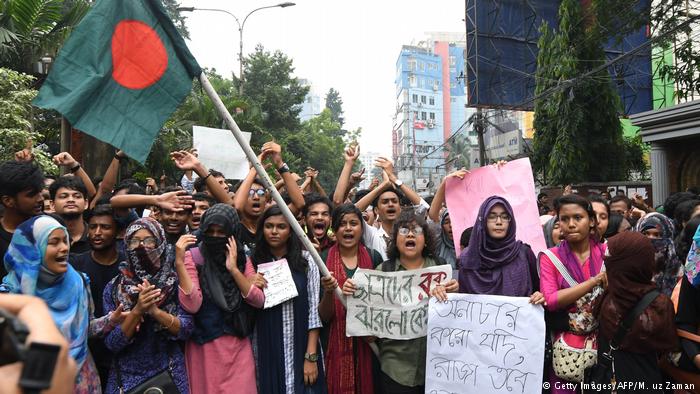 The goal of the week-long protest was to bring safety and security to the roads of Bangladesh.

When thousands of protesters took to the streets of Bangladesh on July 29, they expected safer roads, accountable governance and the upholding of the rule of law.  Instead, they were met with tear gas and rubber bullets from security forces and violent attacks from counter-protesters.

The protests were triggered by the deaths of Abdul Karim Rajib and Dia Khanam Meem, two university students who were hit by a speeding bus on the busy streets outside of the Dhaka Airport. The deaths of two young people, and the injury of seven more caused outraged for many Bangladeshis who took to the streets to show their discontent. 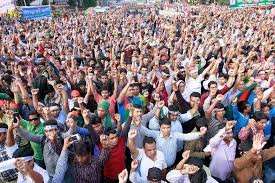 New York TimesThe protests drew thousands of people from different ares of Bangladesh and eventually brought traffic to a stop in the capital city of Dhaka.

Meem’s father, Jahangir, was among those who blamed the government public transport system for the death of his daughter, commenting to the Dhaka Tribune that “Nowadays, people get licenses even if they are unskilled. Vehicle owners allow these people to drive buses due to political lobbying and their family links.”

Though the right to peacefully assemble is protected by the Constitution of Bangladesh, the response from local law enforcement showed otherwise. After police stood by while government supporters beat up the student protesters, law enforcement proceeded to condemn the protests as violent riots and raid houses in search of communications related to the protests.

“I think it’s awful that these people have to live in fear of being killed or arrested for peacefully protesting. It’s unfair and against the spirit of democracy,” sophomore Isabella Villarroel said.

By the time the protesters brought traffic to a stop in Dhaka, police were using tear gas and rubber bullets to injure the crowds, including schoolchildren in uniform. Human’s Rights Watch estimates that about 150 people were significantly injured during the protests.

“This was not an appropriate way for police to respond to protesters. It’s an abuse of power and unfair to the people of Bangladesh,” freshman Natalia Pallas said. 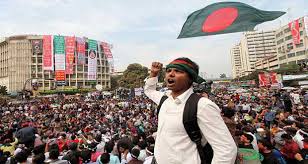 Abbtakk TVMany of the participants were high school and university students aged 15-20.

Though the week-long protest and wave of arrests are now over, these events are terrifying news for the ruling ‘Awami League’ government.  Around 23 million Bangladeshi youth will cast their votes for the first time in December’s election, and, according to Golam Mortaza, a Dhaka-based political analyst, the young generation is increasingly unlikely to vote for the Awami League party.

Indeed, as many have pointed out, it is hard to imagine that the desire for safer roads – as worthy a cause as that may be – could cause such a long-lasting and violent dissent. Instead, this uprising may point to some deeper unhappiness of the people with their government system, which could affect results of the Bangladeshi presidential election later this year.

Regardless of the income on the upcoming elections, the recent events in Bangladesh have brought international attention to the issues of police brutality and free speech restriction as the local law enforcement continues to monitor social media and make arrests. The hashtag ‘we want justice’ (also the slogan of the protest), was trending for several days, shedding light on the injustices that occurred. Activists hope that the social media attention combined with the event being featured prominently by Human Rights Watch will put pressure on the Bangladeshi government to reduce unnecessary police violence.