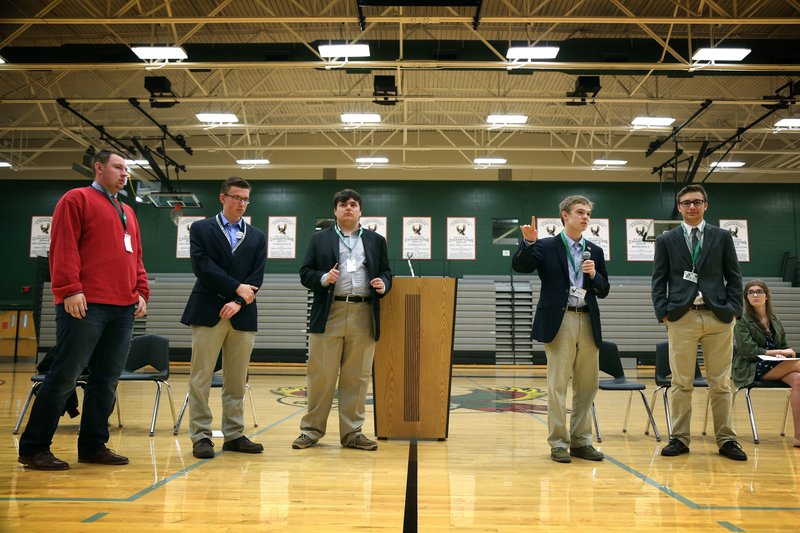 Six teens running for governor of Kansas hold a debate to make their opinions on certain issues clear to voters.

The current political climate of the United States has left many people feeling disappointed, afraid and apathetic towards their government. These feelings become even more pronounced at the state level, which is often characterized as static and dominated by one party. In spite of this, Kansas, a deeply conservative state, now has six teenagers vying for the governorship. While most states have age requirements for holding public office, Kansas never codified any such requirements into law. This overlooked loophole has produced a political experiment never seen before in American history.

All candidates come from different sides of the political spectrum, representing four political parties. One of the hopefuls, 17-year old Tyler Ruzich, considers himself a moderate Republican, as evidenced by his campaign slogan “Republican for the Next Generation.” Jack Bergson, the 16-year-old Democrat, was the first of the six to join in the race and has advocated heavily for Obamacare. Aaron Coleman and Ethan Randleas are also in the running, representing the Libertarian and Green Parties respectively. The teens appear to be taking their candidacies seriously, with four of the six having met in Lawrence to debate on issues of relevance in the next election.

“I think it’s incredible to see people our age up against established politicians. It may seem humorous at first, but it really is inspiring,” junior Adriana Castro said.

The Kansas state legislature has responded to the situation by attempting to pass new restrictions on who can run for public office. Among these restrictions are an age and residency qualification, which require candidates to be at least 18 years of age and to have resided in the state for at least four years. However, these restrictions wouldn’t take effect until after the November elections, meaning that one of the 6 teens could very well be elected.

“When I heard how the legislature reacted, it showed that the state of Kansas feels that they are a force to be a reckoned with. What the students represent is a political upheaval which threatens the established powers,” senior Will Breslin said.

This fascinating political phenomenon has lead to a plethora of reactions from the American people. For some, the fact that teens who are not even old enough to vote are participating in politics is a clear sign of a healthy democracy. In contrast, many believe that this makes a mockery of the political process and only furthers people’s apathy towards the government, while also promoting the election of unqualified candidates to office. Regardless of their individual stands, most can agree that the election in November will forever change perceptions of elections in Kansas and the country as a whole.