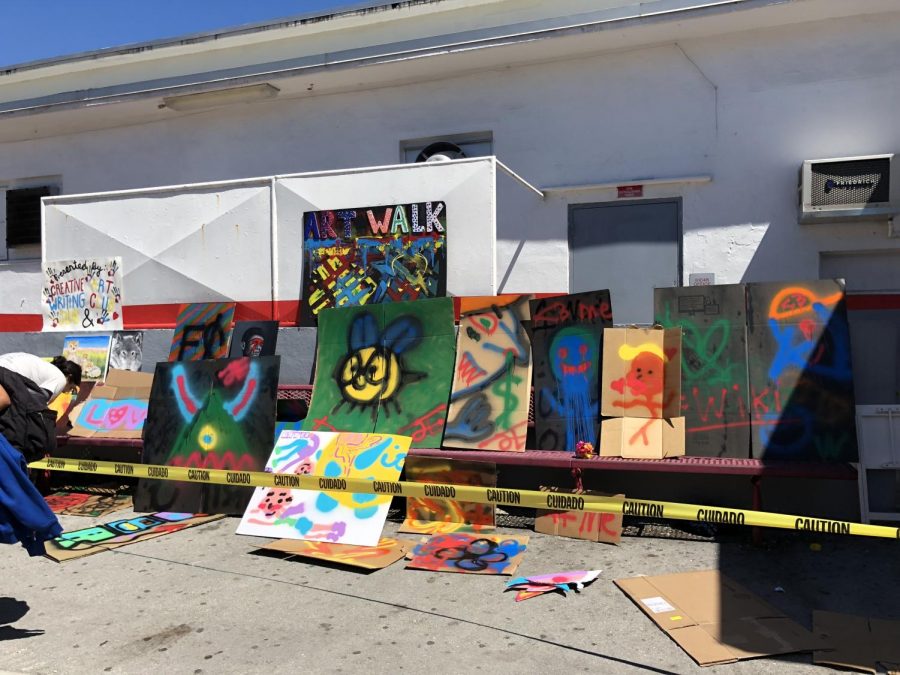 Gables' Art Walk was created to showcase the creativity within the student body.

In order to create a more accepting and diverse campus, the Art Club alongside Ms. Zaldivar hosted their second ever Art Walk on March 16th. The idea came into play several years ago when Ms. Zaldivar wanted to create a way in which the visual art students’ talents could be both showcased in the school and made aware of throughout the student body.

“Students who were involved all felt like they were a part of an accepting  and creative community of like-minded individuals. The students who weren’t, can be inspired to become a part of it, or pursue their own artistic endeavors,” junior Susan Fernandez.

To bring in even more visual arts students than the year before, the Art Club decided to include more mediums such as spray paints and scratch boards to further exhibit the creativity in Gables.

“Art walk is a platform for the visual arts that is meant to  expose  the student body to art forms that aren’t usually exhibited at school. It is meant to expose self expression among teenagers,” senior Camila Blanco said.

Hopefully, Art Walk will become more than just a once a year event, but instead continue on as a Gables’ tradition that celebrates self-expression through art.