Catalonia’s Vote to Secede from Spain 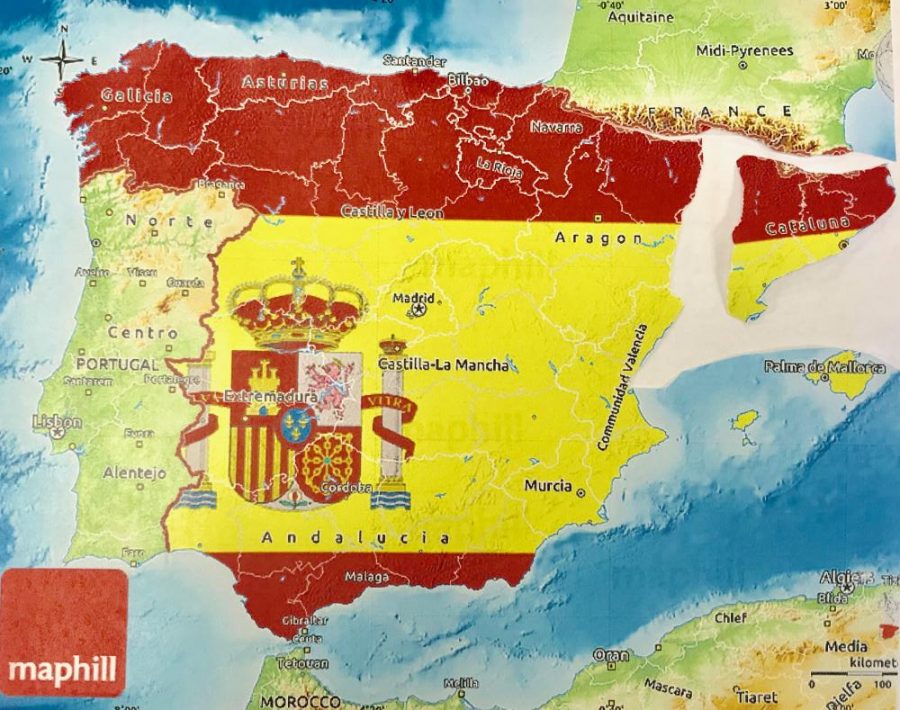 Catalonia, an autonomous community in Spain has voted to secede from the country and form an independent republic. This referendum, which took place on Oct. 1, has been at the center of Catalan and Spanish politics for years now and represents a radical shift in the tenor of the independence debate. It comes at a time of tepid economic recovery, deep-seeded corruption and societal dissatisfaction with mainstream politicians.

Catalonia is a region in northeastern Spain on the border with France and Andorra. Since the inception of the Spanish state in the late 15th century, it has maintained it’s own culture, traditions and language, which are completely different from those of the rest of the country. This, along with years of repression under the dictatorship of Francisco Franco, has cultivated a potent nationalist sentiment in the region.

The current government in Catalonia is run by Carles Puigdemont and his nationalist party Junts pel Sí (Together for Yes). The party secured a majority of the parliamentary seats in the 2015 election. Its overarching mission is to oversee Catalan independence, a goal that has just been accomplished. They argue apart from being culturally distinct, that economically they have been getting the shorter end of the stick. Catalonia is one of the richest regions in Spain and represents 1/5 of the entire nations GDP. In addition, they pay disproportionately more taxes to the Spanish central government than they receive back in benefits. Puigdemont and his government went ahead with the vote despite explicit warnings from Madrid that the referendum was illegal, as ruled by the Spanish Constitutional Court. Despite the turmoil, the vote when ahead with a voter turnout rate of around 52% and an astonishing 90% voting in favor of independence.

The Spanish central government in Madrid shocked the world by severely repressing the elections, arresting Catalan politicians, confiscating ballot boxes and busting through poll stations. The Guardia Civil Spain’s national police force, injured more than 900 voters in an attempt to stop the referendum. Mariano Rajoy, the Spanish Prime Minister, has been steadfast in his approach to Catalonia, arguing that he has fulfilled his duty to the Spanish Constitution by defending the unity of the Spanish state. The central government is currently mulling over whether or not to charge some of the politicians involved in the election with treason and suspended a session of the Catalan parliament.

“It is in the interest of both parties to find a peaceful solution to the problem. Democracy and human rights have been violated and in a modern European democracy it is unacceptable” said junior Mariam Vela.

The general mood in Spain is understandably tense and uncertain. In the coming weeks, Catalonia, Spain and the European Union will have to seriously consider what lies ahead. The economic consequences of the referendum are already being felt. For example, two of Spains largest banks, Banco Sabadell and Caixabank, have announced they’re moving their headquarters elsewhere in Spain. The move by the banks comes after a serious dip in Spanish stocks the day after the referendum. Protests in both Madrid and Barcelona are filled with protestors arguing for a peaceful negotiation of terms, in spite of the fact that neither group has shown any willingness to do so. In the coming weeks, the world will see either the reinforcement of Spanish national unity or the breakup of a great nation.