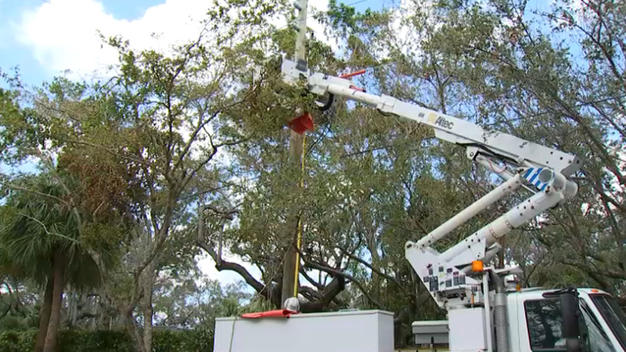 In Southeast Florida, the effects of Hurricane Irma were comparable to those of a Category 1 storm. After the minor devastation caused by the storm to the Broward and Miami-Dade Counties, millions were left without power, 85% and 92% of residents respectively. The city of Coral Gables and their legal team have filed a lawsuit against Florida Power and Light (FPL) for these extended power outages and safety concerns.

The possible lawsuit comes after the city commission voted to address the issue of persistent outages. Immediately following the hurricane, FPL put out a statement saying that they hoped to have restored power to all of Southeast Florida by Sept. 17, yet many Coral Gables residents were without power well beyond that date. The city attorney’s office has stated that FPL may get fined between $500 to $15,000 for every day that full power isn’t restored beyond the date they claimed it would be, on top of a $64,000 fine already issued. This possible lawsuit is separate from a class action lawsuit already being filed by some residents of the “City Beautiful” for similar reasons.

The lawsuit has ignited a fiery debate on social media amongst city residents about the necessity of the city taking such action. While FPL supposedly puts aside 3 billion dollars for South Florida in preparation for Hurricane Irma, widespread outages and significant damage to electrical infrastructure were still reported. However, many were left wondering where this money went and if it was spent effectively. The lawsuit has also drawn criticism from others for being frivolous and indicative of a city government that wishes to receive preferential treatment, though Gables refutes this claim.

“I hope that FPL develops a contingency plan for dealing with disasters as many workers were brought in from out of state and power was still not restored on time,” junior Sophie Sepehri said.

South Florida may have dodged a bullet with Hurricane Irma, but the outages have led to serious questions about how well prepared the region is for another hurricane. Frank Quesada, a city commissioner, hopes that upgrades to underground power lines will be put in place in the near future. While the direction in which the lawsuit will go remains unclear, one can be certain that the battle between FPL and the “City Beautiful” is by no means over and an escalation is likely to occur in the coming weeks.