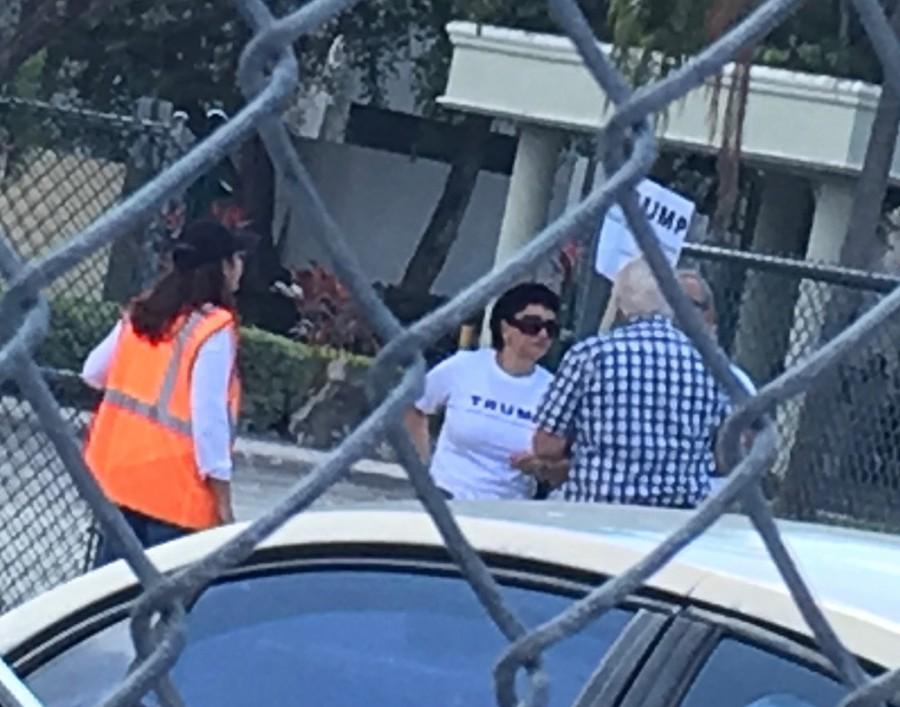 Trump supporters were found on voting day in front of Gables and refused to leave when asked to by security.

On March 15,  five states and one U.S. territory voted in the primaries, including Florida. Florida is the most important state for republicans in these primaries as it has 99 delegates and winner-takes-all.

Trump won with 45.8 percent of the votes in Florida, while Hillary won with 64.5 percent. Trump received all 99 delegates in Florida, while Clinton won 122 and Sanders won 60 delegates in the other states. Marco Rubio came in second with 27 percent; Miami-Dade was the only county in which he won the majority. Ted Cruz came in third with 17.1 percent and John Kasich was last with 6.8 percent, although he won his home state of Ohio, which had the same primary voting day as Florida.

“I think anyone is better than Donald Trump. Hillary is super undecided but she would be a better leader than Trump for sure,” junior Iris Cordero said.

This was a tough loss for Marco Rubio, who did not win his home state. Once the results were released, Rubio suspended his campaign. Although he is no longer in the running, he did not drop out. This means that the 163 delegates he earned in other primaries become free to vote for who they see fit as a presidential candidate. Rubio did not officially drop out of the race, however, and could re-enter and receive all of his original delegates again.

People could be found all throughout Florida on street corners rallying for their favorite presidential candidates leading up to Tuesday. Two Trump supporters were even found campaigning on voting day in front of Gables. Gearing up to the primaries, presidential candidates came to Miami to try and win some last minute votes. Both Clinton and Sanders held rallies and there were televised debates for both democrats and republicans.

As Trump continues to win elections and lose opponents, many have become wary of the possibility of him being president. Only three republican candidates remain and the number continues to dwindle. Only time will tell who the Republican and Democrat candidates for presidency will be as states continue to vote in primaries.