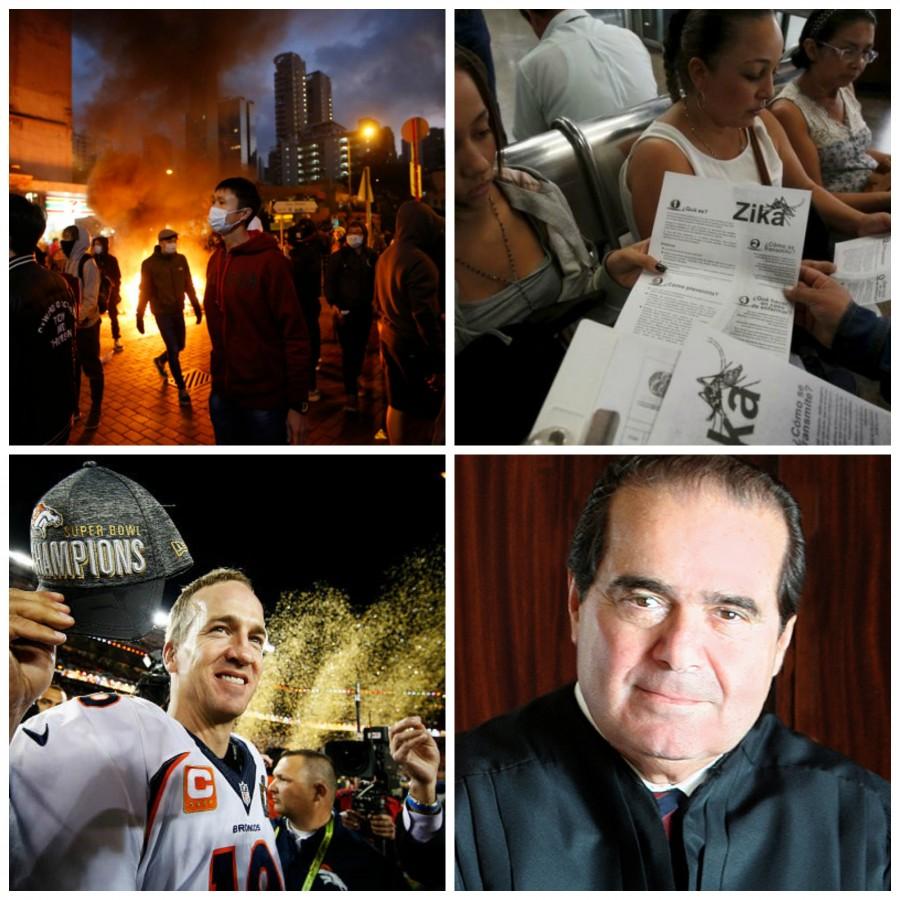 “A government crackdown on illegal street food vendors turned violent in Hong Kong in the early hours of Tuesday morning, as riot police clashed with protesters in the shopping district of Mong Kok. The disorder erupted following government officials’ attempts to evict street vendors who were selling fishballs and other local delicacies during the Lunar New Year holiday.” Read more about the Lunar New Year Chaos in Hong Kong here.

“Two female suicide bombers killed more than 60 people at a camp for people displaced by an insurgency of the jihadist Boko Haram group in the northeast Nigerian town of Dikwa, military and emergency officials said on Wednesday. The attack occurred 85 km (50 miles) outside the capital of Borno state, centre of the seven-year insurgency, they said. It took place on Tuesday, but a breakdown in the telephone system prevented the incident being made public earlier.”

NATO Ships To Crack Down On Migrant Smuggling Networks

“NATO is sending warships to patrol the waters between Turkey and the Greek islands, hoping to stop the activities of smugglers moving migrants into Europe. But those smugglers almost never leave the Turkish coast, and many people in Greece see the move as a public relations exercise aimed at assuaging German public opinion.”

More than 5,000 pregnant women in Colombia have Zika virus: government

“More than 5,000 pregnant Colombian women are infected with the mosquito-borne Zika virus, the country’s national health institute said on Saturday, as the disease continues its rapid spread across the Americas. There are 31,555 cases of the disease in Colombia, the national health institute said in a epidemiology bulletin, among them 5,013 pregnant women.”

“Von Miller and the impenetrable Denver defense harassed Panthers quarterback Cam Newton all game Sunday, and the Broncos made enough big plays for a 24-10 victory, Manning’s 200th and perhaps last.”

“U.S. Supreme Court Justice Antonin Scalia, the leading conservative voice on the high court, has died at the age of 79, a government source and a family friend told CNN on Saturday.”

“The Justice Department has filed a civil rights lawsuit against the city of Ferguson, one day after the city council voted to revise an agreement aimed at improving how police and courts treat poor people and minorities in the St. Louis suburb.”

“The occupation of the Malheur National Wildlife Refuge, undertaken 41 days ago with guns and threats, ended Thursday with the peaceful surrender of  four holdouts after an hourlong negotiation with the last protester.”

“A blowout at a natural gas well that leaked uncontrollably for 16 weeks and drove thousands of residents from their Los Angeles homes was plugged Thursday, a utility said. While the well still needs to be permanently sealed with cement and inspected by state regulators, the announcement by Southern California Gas Co. marked the first time the massive leak has been under control since it was reported Oct. 23.”