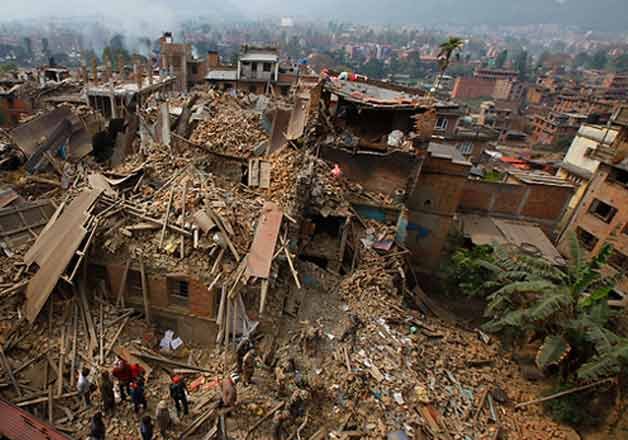 The aftermath of the earthquake that occurred in India, leaving 9 dead and others homeless.

On Monday, Jan. 4, India experienced a magnitude 6.8 earthquake that shook devastation all across Manipur state, but India does not stand alone in the aftermath of natural chaos. On Jan. 2, New York and bordering New Jersey woke to a magnitude 2.2 quake. The aftermath of both earthquakes, despite their difference in strength, have evoked much concern.

“The fact is that the earthquake in India, although very destructive, has not received much attention. When I brought it up to friends, they had no idea what I was talking about. What I think should have been done is that more attention should have been put to the situation especially since many parts of India are poverty ridden. And the people left without a home should not be left without a home because of a natural disaster. If something is not done soon, more people are going to suffer,” junior Oscar Barrios said.

The earthquake that shook India caused destruction across its regions and was reason for the death of 9 people. In addition to the deaths, the earthquake also caused destruction over the infrastructure of India, having caused the collapsing of several buildings and homes across the country. Among the most effected is Manipur state, where the majority of the deaths occurred and the lasting effects of the quake have left many without homes. For more information on the current conditions in India, click here.

“I can only imagine how horrible it must be to lose your house and practically everything such as access to a bathroom or proper clothing. I think in order to help families restart their lives again after having to go through this terrible situation, aide should definitely be provided to them as well as a plan to accommodate them into new homes,” sophomore Yara Faour said.

New York’s situation was weaker in both strength and repercussions when compared to that of the aftermath in India.  The earthquake was felt in several parts of New York and New Jersey, but recent reports of the damage are minimal to none. For more, check out Aol’s article on the event.

News of the recent earthquakes has called for attention to the threat of more earthquakes in the near future as a possibility. Despite the fact that little has been said about the rehabilitation of India, the need to help the people affected by this natural disaster is a present sentiment. It is important to remember that it is in times like these that a nation must stand together.