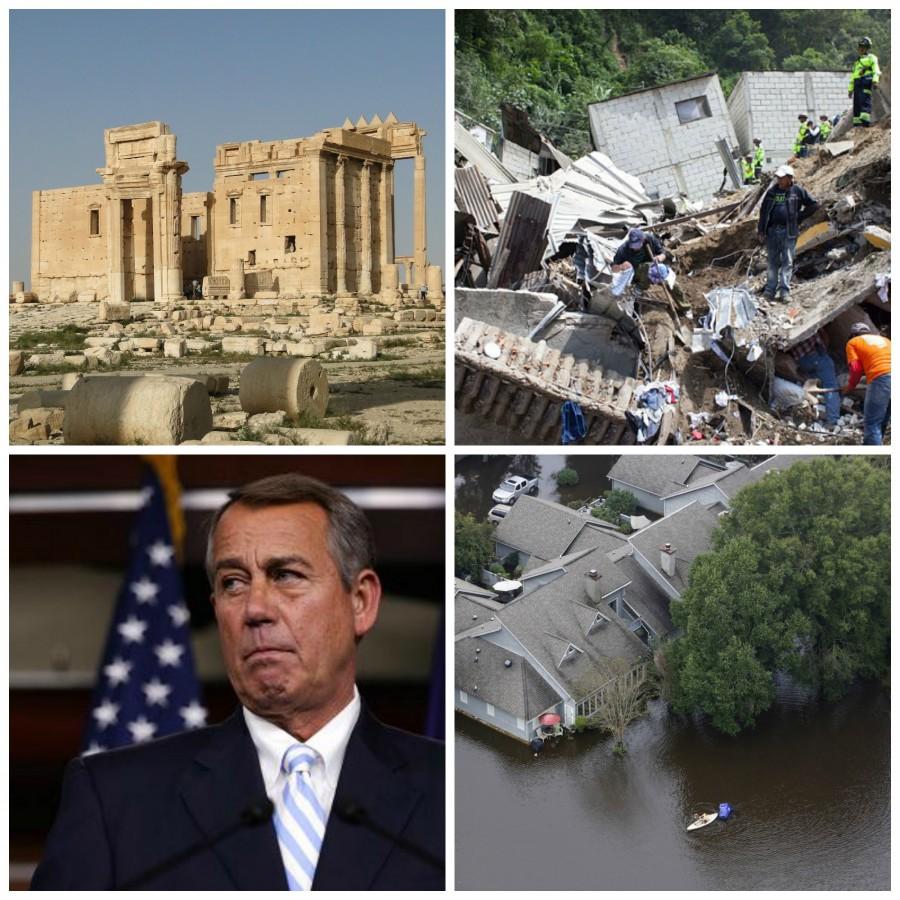 Another ancient treasure lost to ISIS

“Syrian activists said late Sunday that Islamic State of Iraq and Syria (ISIS) militants have destroyed a nearly 2,000-year-old arch in the ancient city of Palmyra, the latest victim in the group’s campaign to destroy historic sites across the territory it controls. The Arch of Triumph was one of the most recognizable sites in Palmyra, the central city affectionately known by Syrians as the “Bride of the Desert,” which ISIS seized in May.”

“Emergency workers spent a fourth day digging bodies out of a massive mudslide on Monday, watching the death toll rise to 152 as questions mounted about why people were allowed to build homes at the base of a dangerous hillside next to a small river.”

“The Israeli prime minister has barred all Cabinet ministers and Jewish lawmakers from visiting a sensitive Jerusalem holy site, fearing any high-profile spectacle could further enflame tensions that have gripped the country for weeks, an Israeli government official said Thursday. Benjamin Netanyahu’s move to try and calm the situation puts the Israeli leader on a collision course with hard-liners within his own governing coalition. ”

John Boehner Sets Oct. 29 for House Vote on His Successor as Speaker

“Speaker John A. Boehner announced Monday that the entire House would select his replacement on Oct. 29 and that all other openings in the House Republican leadership would be filled subsequent to that vote.”

“A “wall of water” moving eastward across the storm-wracked South Carolina could cause more flooding Tuesday in the wake of what meteorologists are calling the worst weather disaster to hit the state since Hurricane Hugo in 1989.”

“The Justice Department is set to release about 6,000 inmates early from prison — the largest one-time release of federal prisoners — in an effort to reduce overcrowding and provide relief to drug offenders who received harsh sentences over the past three decades, according to U.S. officials.”

“A fight that broke out between two groups of students at Northern Arizona University’s Flagstaff campus left one person dead and three hospitalized after one of the students opened fire on the others. The shooter has been identified as Steven Jones, an 18-year-old freshman at the school, who has been taken into custody by campus police, according to NAU police chief Greg Fowler.”