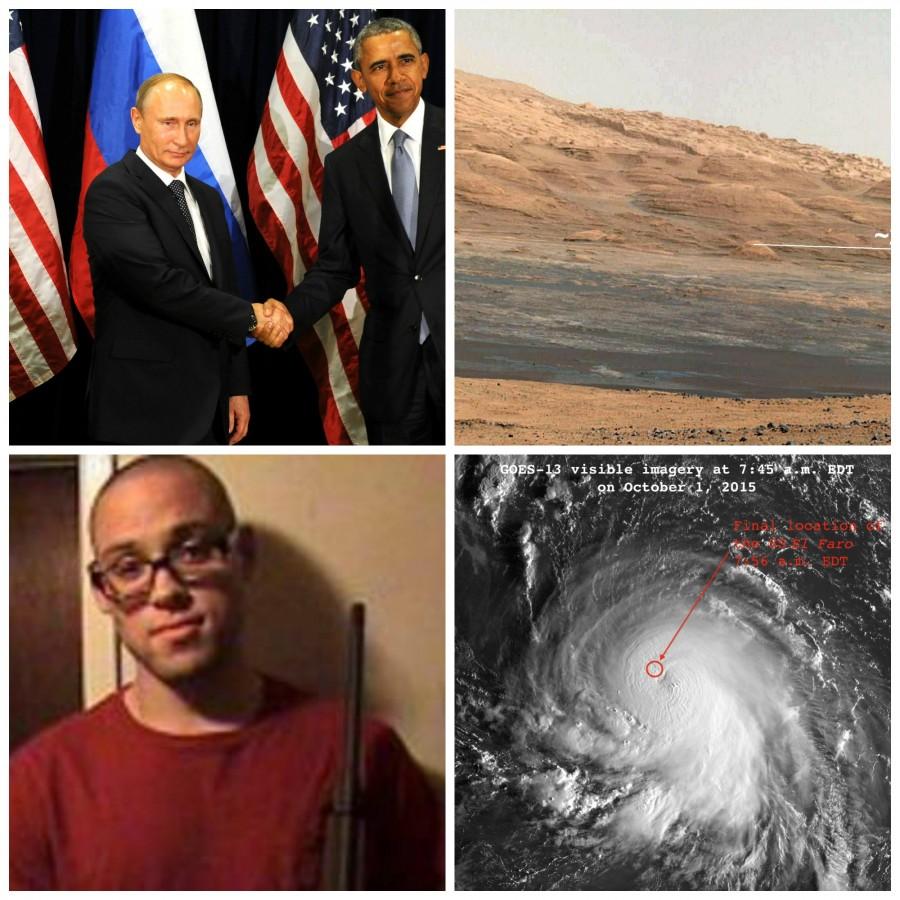 Putin and Obama meet, water on mars, Oregon shooting, US ship lost in hurricane and more this recap.

“The leaders of the United States and Russia traded blunt criticisms on Monday at the United Nations, essentially blaming each other for the catastrophic war in Syria and the refugee crisis it helped to spawn. […] President Xi Jinping of China, speaking later in the day, reiterated what he called the Chinese priority of peace and stability for its economic development.”

“The Taliban’s sudden victory […] gave the insurgents a military and political prize — the capture of a major Afghan city — that had eluded them since 2001. And it presented the government of President Ashraf Ghani […] with a demoralizing setback less than a year after the formal end of the NATO combat mission in Afghanistan.”

“The airstrike occurred before dawn when a Doctors Without Borders trauma center in war-torn Kunduz was struck while doctors were treating dozens of patients. Hospital officials said they were assaulted from the air for 30 to 45 minutes, resulting in a large fire that burned some patients to death in their beds. Among those killed were 12 of the charity group’s staff members…”

American fugitive arrested in Mexico after 24 years on the run

“American fugitive Paul Jackson was arrested in Mexico on Monday, 25 years after he was indicted for rape and kidnapping in Oregon. He was was arrested Monday in Mexico by Mexican authorities and the U.S. Marshals Service…”

“The father of the gunman who killed nine people at a community college here called on the nation to change its gun laws on Saturday, saying the massacre “would not have happened” if his son had not been able to buy so many handguns and rifles.”

Lost at sea: Ship with 33 people missing in Hurricane Joaquin

“For more than 36 hours, there’s been no word from, and no sign of, the U.S.-flagged container ship El Faro. […] The U.S. Coast Guard dispatched a cutter ship, an MH-60 Jayhawk rescue helicopter and a C-130 Hercules airplane on Friday.”

“Presidential candidate Bernie Sanders harnessed online donations from legions of contributors during the last three months to challenge one of Hillary Clinton’s core strengths: her fundraising dominance over the Democratic presidential field.”