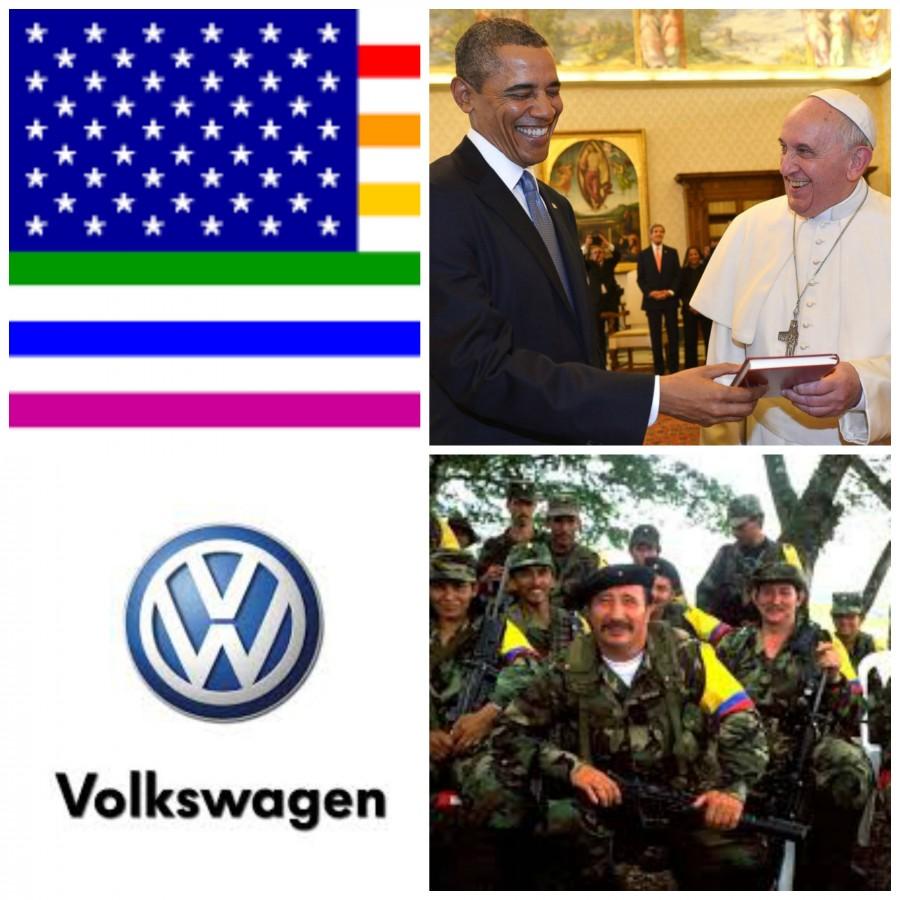 “Pope Francis arrives in Washington, D.C., today for the start of his historic U.S. tour. President Obama and Michelle Obama will greet him at Joint Base Andrews in Maryland. The pope will hold a formal meeting with President Obama on Wednesday and address a joint session of Congress on Thursday.”.

The 28 year old was shot outside a local courthouse a day after the factory was ordered to be shut down. The factory was polluting nearby rivers with pesticides.

Hungary approves use of non-lethal weapons against refugees

“the ongoing peace talks to end the five-decade conflict that has killed more than 200,000 people..” “he agreement, brokered in Havana, establishes peace tribunals and a reconciliation commission. It is expected to be signed within six months. .”.

“Volkswagen has apologized and halted the sale of certain diesel cars in the United States following reports it illegally installed software to evade standards for curbing pollution. The Environmental Protection Agency ordered Volkswagen to recall half a million vehicles after finding it installed the devices in a deliberate bid to avoid emissions rules.”.

“President Obama has nominated Eric Fanning as secretary of the Army. If confirmed by the Senate, Fanning would become the first openly gay civilian to lead a branch of the U.S. military.”.

“In Los Angeles, California, Mayor Eric Garcetti and members of the City Council have declared a “state of emergency” over homelessness and vowed to dedicate $100 million to address the issue. “.

“Back in the United States, the Transportation Security Administration is defending its treatment of a transgender woman who says she was detained for 40 minutes at Orlando International Airport, harassed, repeatedly patted down and instructed not to record the ordeal, all because a full-body scanner flagged her penis as an “anomaly.”.