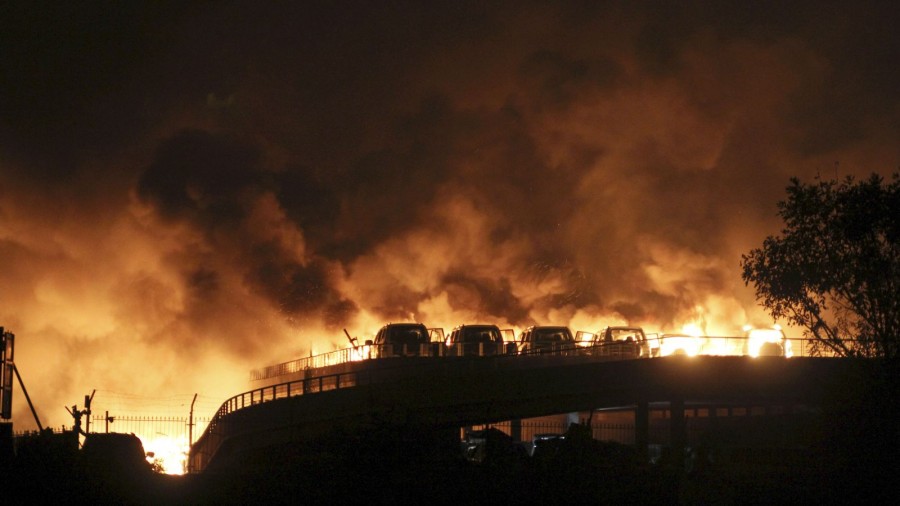 Recent explosion in Tianjin, China results in over 100 deaths and 740 injured workers and civilians.

Once again, the Chinese industry has chosen rapid economic growth over safety. Consequently, on Wednesday, Aug. 12 the Chinese Port of Tianjin suffered successive chemical explosions that resulted in over 100 deaths and 720 injured, as well as toxic contamination of the port.

The explosion was traced back to a warehouse where toxic chemicals were being held, but the specific source of the fire that ignited the blast is still unknown. According to the conducting investigation, the explosion is a result of lax regulation of the contents in the warehouse. For more on the cause of the explosion click here.

“Just the fact that they can’t follow fundamental procedures while handling toxic chemicals which can cause dangerous mishaps speaks for itself. I mean, the lack of good judgement from the Chinese makes me dissapointed in the view that they don’t really value the safety of the employees and any civilians around,” senior Erick Rivera said.

In addition to the deaths, the surrounding public has also experienced toxic damage as a result of the violation of a law that requires dangerous chemicals to be held at least one kilometer away from public buildings and facilities. The extent of the damage and its influence on the populous has yet to be defined and contained, resulting in negative responses from the public.

Over the years similar accidents have occurred causing regular deaths and destruction of the Chinese industry, forcing the government to finally take action. According to releases, the investigation of the explosion will continue and severe punishment will be inflicted upon those responsible. In fulfillment of this, several officials of the warehouse have been arrested and are being further questioned on the events of that night.

“When a country’s main goal is profit, not its people, issues always occur. Its terrible what happened to their people, something which could have been so easily avoided had there been stricter handling regulations for something so toxic and harmful. Its a fundamental issue for a country when the private sector is seemingly more important than its people,” junior Caroline Widmer said.

Limited action on behalf of the Chinese government in the enforcement of most basic safety precautions has the public nervous as to whether this will be the last of similar accidents. For more information click here.