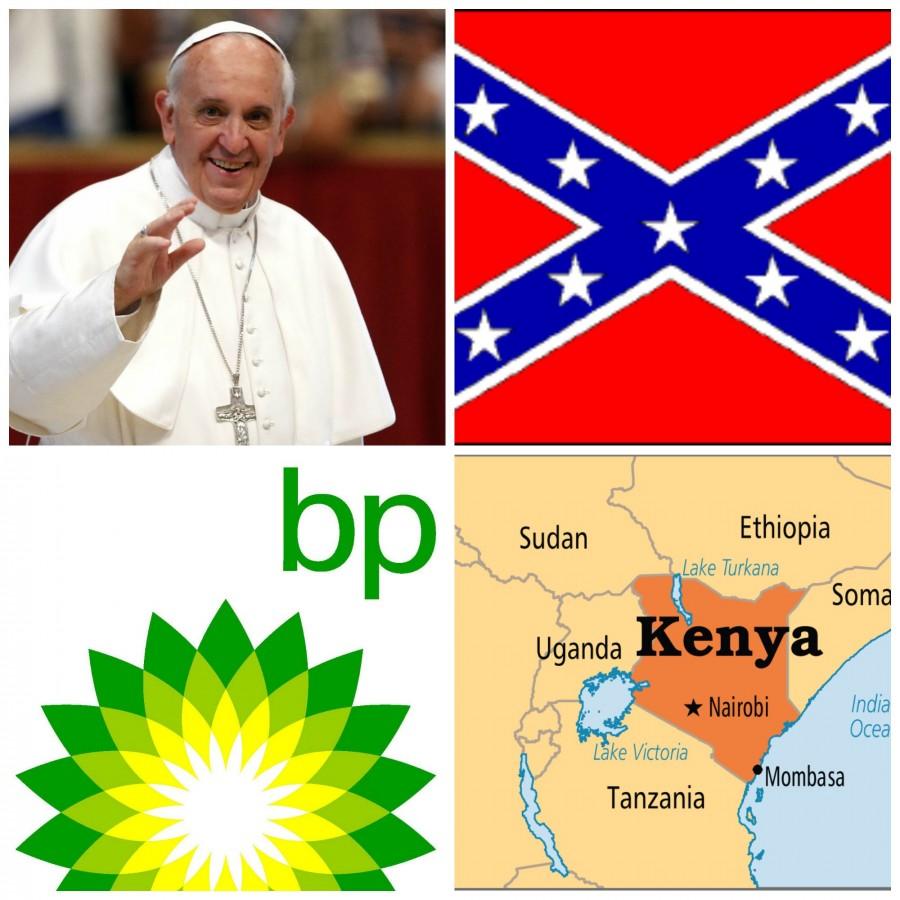 BP to pay $18.7B in sweeping oil settlement

“BP has reached an $18.7 billion settlement to resolve all government claims resulting from the 2010 Deepwater Horizon explosion, the worst offshore oil spill in U.S. history. The agreement covers damages sought by the federal government, the states of Alabama, Florida, Louisiana, Mississippi and Texas, as well as more than 400 civic entities along the Gulf Coast.”

“Pope Francis has launched an eight-day tour of South America in his first foreign trip since unveiling a historic encyclical urging climate action.”

“In Kenya, at least 14 people were killed when the militant group al-Shabab attacked a residential compound with guns and grenades. The victims were mostly quarry workers who lived in the compound near the Somali border.”

“Iran and world powers are continuing talks to reach a nuclear deal in Vienna. The failure to reach an agreement before today means the U.S. Congress will now take 60, rather than 30, days to approve any deal”.

“South Carolina lawmakers are set to begin debate today on a measure to remove the Confederate flag from the state Capitol. It would take a two-thirds majority vote in both chambers of the General Assembly.”.

” The FBI and British intelligence have been pushing for expanded access to encrypted data. Fourteen of the world’s pre-eminent cryptographers, computer scientists and security specialists have issued a paper opposing the push”.