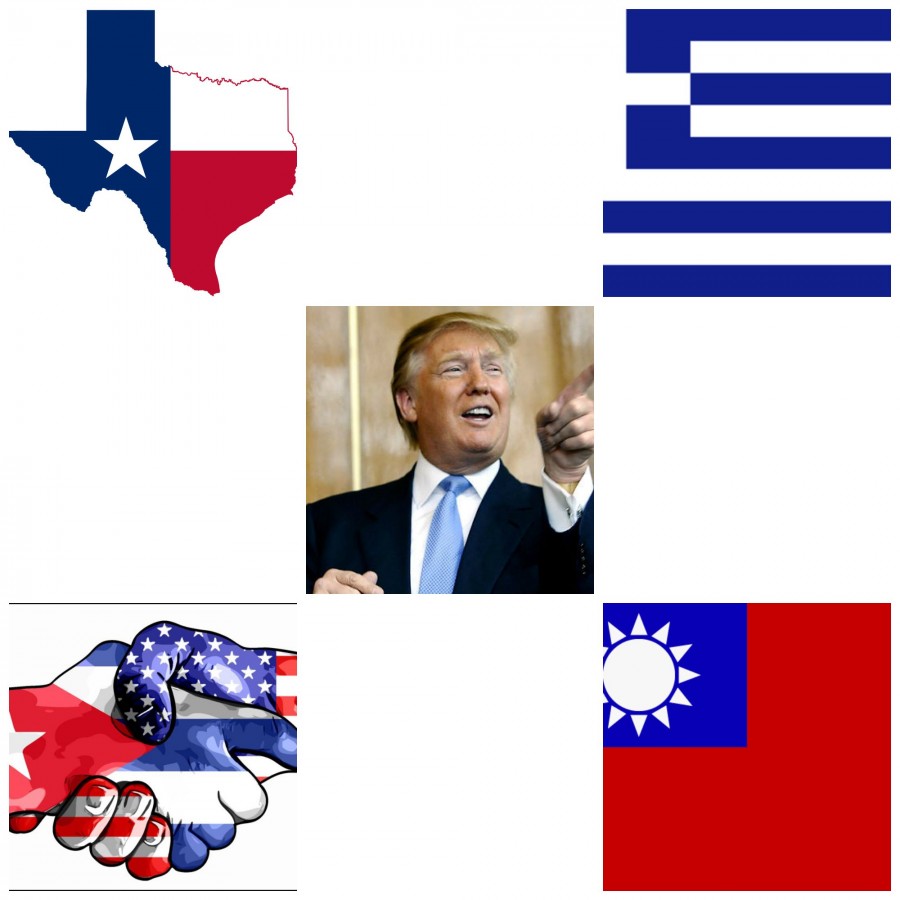 U.S. and Cuba to reopen embassies

“President Obama has announced that after more than half a century, the United States and Cuba will reopen embassies in each other’s capitals and formally re-establish diplomatic relations.”.

“At least 510 people were injured — 183 of them hospitalized in intensive care units — after flammable powder apparently exploded in midair at a recreational water park in Taiwan.”.

“A record number of migrants from the Middle East and Africa have crossed the Mediterranean Sea to Europe in the first half of this year. According to the United Nations, a total of 137,000 people arrived in Europe, an increase of 83 percent from last year.”.

“Greece has missed a $1.8 billion payment to the International Monetary Fund as it stands on the brink of a financial meltdown. The deadline coincided with the end of Greece’s international bailout, leaving it without an infusion of the money it needs to meet its obligations. “.

“Puerto Rico has asked Washington to allow it to declare municipal bankruptcy after announcing it won’t be able to pay back its $72 billion in public debt.”.”A report Monday said Puerto Rico’s financial outlook is unsustainable, with insufficient revenues, high migration and a heavy financial burden to meet its obligations as a U.S. territory.”.

After Donald Trump made discriminatory comments about Latino immigrants, NBCUniversal decided to  cut ties with him by saying, “At NBC, respect and dignity for all people are cornerstones of our values,” “Due to the recent derogatory statements by Donald Trump regarding immigrants, NBCUniversal is ending its business relationship with Mr. Trump.”.

“The U.S. Supreme Court on Monday upheld the use of a controversial drug for lethal injection in executions” the drug is said to guarantee painlessness although some believe it is not about the pain but about the possibility that the death penalty violates the 8th amendment.

In a 5-4 ruling the Supreme Court Ruled that Texas cannot enforce part of its controversial law putting strict regulations on abortion clinics. The law would have forced clinics to adhere to hospital-like standards.

“A Girl Scouts chapter in Western Washington has rejected a $100,000 donation because the donor said it couldn’t be used to help transgender girls. Using the hashtag ‘#ForEVERYGirl,; the Girl Scouts launched a crowdfunding campaign to recoup the donation they sent back. So far about 6,000 people have donated nearly $300,000, triple the original amount.”.