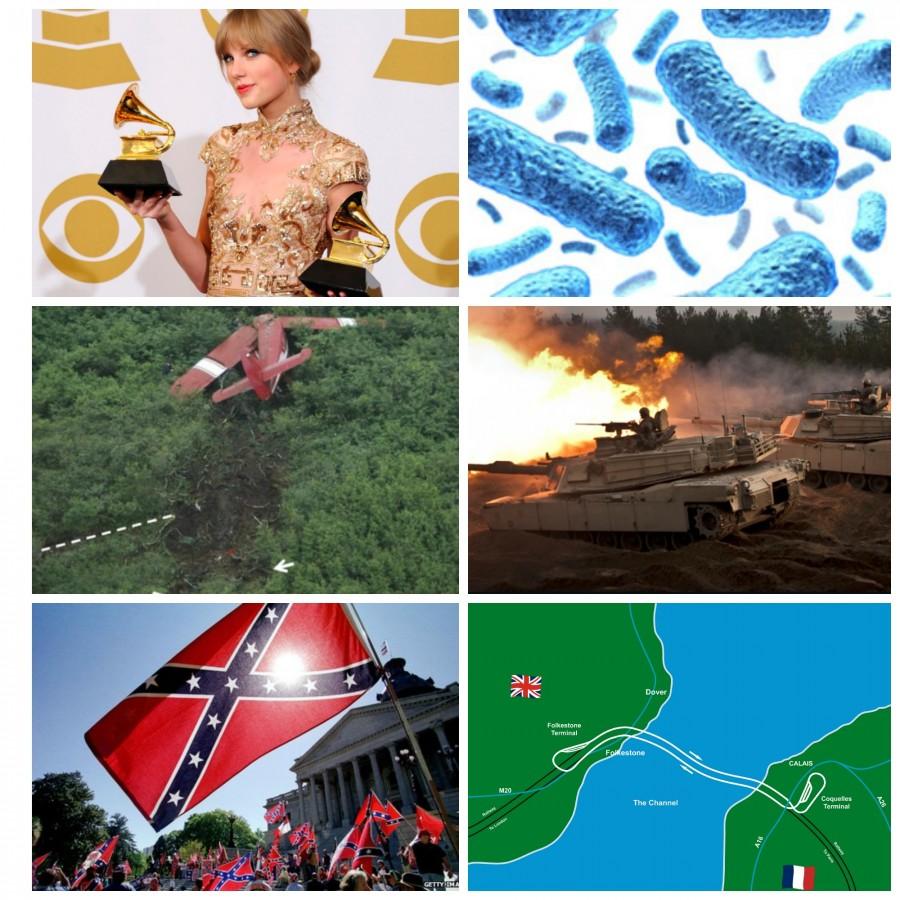 “The equipment, enough to arm one combat brigade, will be positioned in Estonia, Lithuania, Latvia, Bulgaria, Romania and Poland” in response to Russian actions in the Ukraine.

The tunnel was closed due to protesters rushing into the tunnel and setting tires on fire.

“Two UK students have been sentenced after stealing items from the museum at Auschwitz — the former Nazi death camp in Poland. The boys, both aged 17, have been fined 1000 Polish Zloty ($269) and given a year’s probation, [and] suspended for three years”.

“Tourists fled a Tunisian seaside resort on Saturday, a day after an attack killed at least 38 people and wounded at least 39 others.”. ISIS claimed responsibility for the attack.

“U.N. warns of ‘looming humanitarian disaster’ in North Korea due to drought with famine likely to follow”.

Heated debate arises over the removal of the Confederate Flag

Some say that the confederate flag is a symbol of racism, others say it is simply remembrance rather than hatred.

“A sightseeing plane carrying a pilot and eight cruise ship passengers crashed into a cliff in southeast Alaska, killing everyone on board.”.

“The company that supplies several Maryland grocery stores with bottled water has issued a voluntary recall in an abundance of caution because one of its source springs may be contaminated with E.coli, but says there are “no issues” with the product.”.

Taylor Swift wrote a letter to Apple stating why she would withhold her album from Apple’s new streaming services. Apple would not pay artists during the three month free-trial, something Swift thought was not fair. Swift successfully managed to grab the company’s attention and let to a change in Apple’s pay policies.

“In a landmark opinion, 5-4, a divided Supreme Court ruled Friday that states cannot ban same-sex marriage, establishing a new civil right and handing gay rights advocates a victory that until very recently would have seemed unthinkable.”