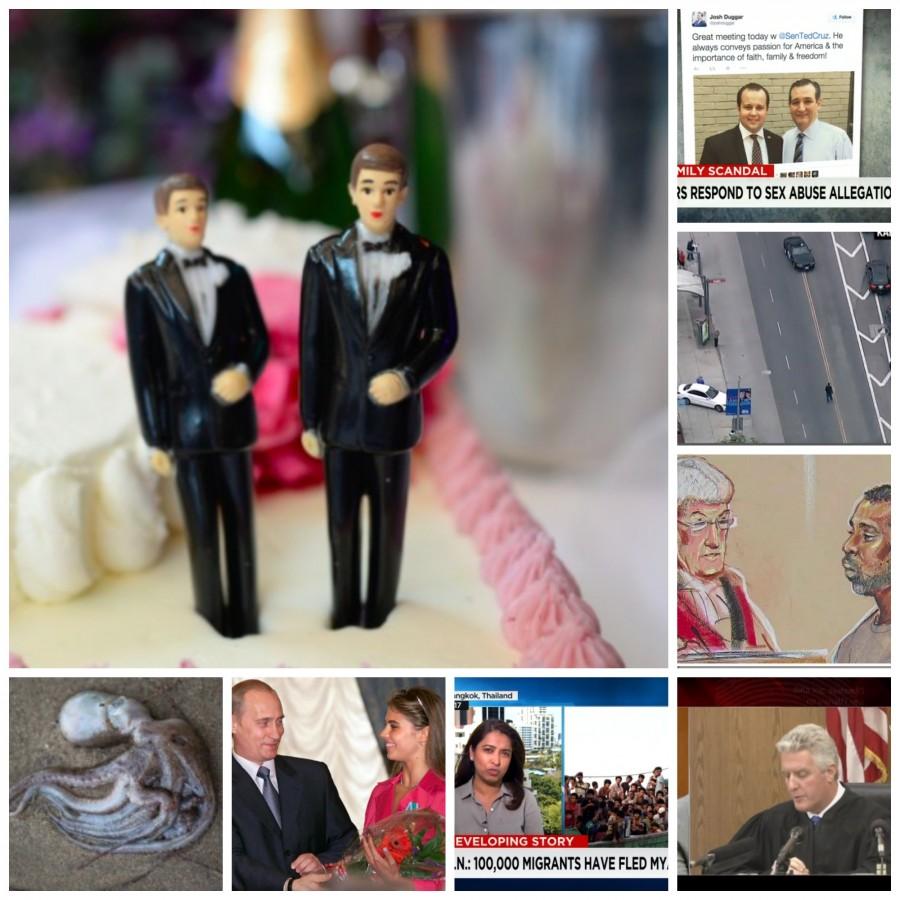 Ireland became the first country to legalize same-sex marriage through a popular vote on Saturday, May 23.

“The former gymnast who is alleged to be Russian President Putin’s girlfriend sparked pregnancy rumors when she appeared at an event wearing a billowy dress.”.

The Rohingyas are a stateless Muslim group who have been stateless for decades after Myanmar’s government said they were not a genuine ethnic group. Myanmar is now offering humanitarian assistance to those migrants stranded at sea.

Briton given a life sentence for Iraq bomb that killed U.S soldier

Anis Sardar, a London taxi driver was sentenced to a life in prison after fingerprints revealed that he was part of a bob-making rind in Iraq in 2007. The bomb killed a U.S. soldier leaving his wife widowed and two kids without a father.

Josh Duggar, the oldest child featured on the TV show “19 Kids and Counting” apologized for the molestation allegations. The family released a statement saying, “That dark and difficult time caused us to seek God like never before. Even though we would never choose to go through something so terrible, each one of our family members drew closer to God.”.

After the rupture of an oil pipe from “Plains All American Pipeline”, “9.5 square miles of ocean and 8.7 miles of coastline are affected by oil spill”.”Environmentalists declared the spill “a wake-up call” on continued oil development. They urged state and federal politicians to refuse additional oil projects”.

“Cleveland police Officer Michael Brelo stood on a car and shot 15 times at the vehicle’s unarmed occupants”- the shooting was allegedly justified.

“A pedestrian stopped a motorist evading California police Friday evening by calmly stepping in front of his car. The chase ended, when police cuffed the man behind the wheel — and the man who stopped him.”