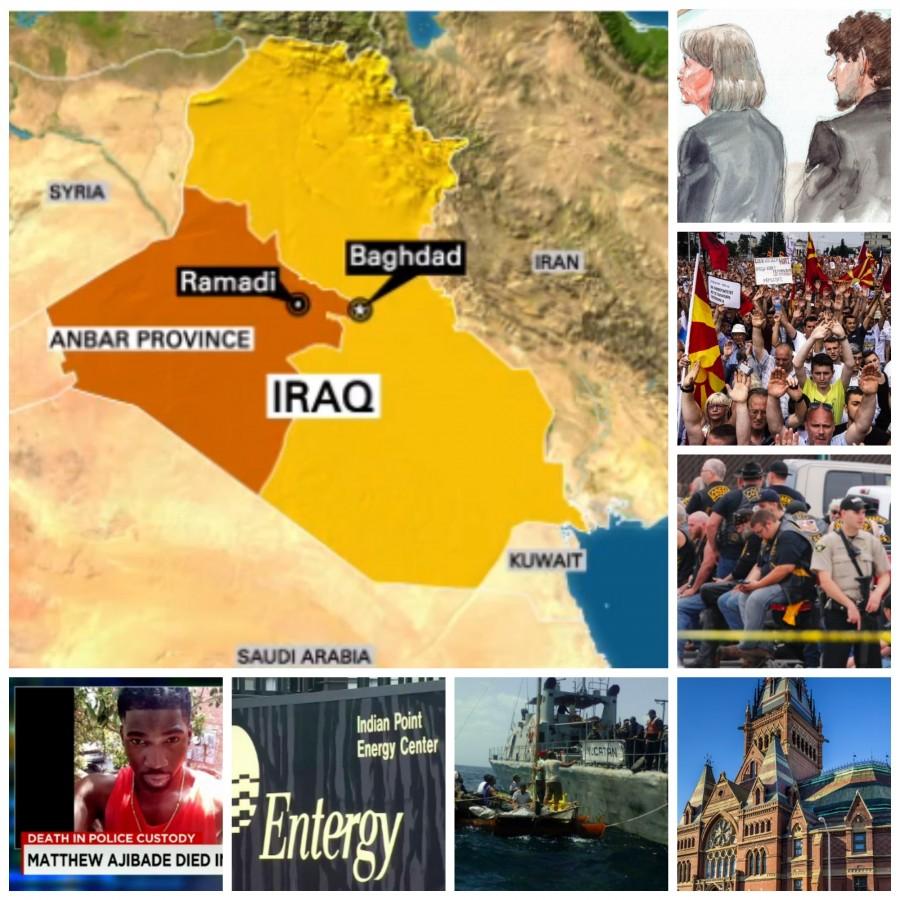 “Five people died in the northern Swiss town of Wuerenlingen after residents heard shots fired late Saturday”.”Authorities have not established a motive or identified the victims.”.

The Taliban attacker targeted a European Union vehicle. A British national was one of the victims.

Two rafts of 23 Cuban migrants were rescued by the Mexican navy this past Sunday, May 17. After receiving food and medical assistance, the migrants were taken to Mexico’s National Migration Institute.

Thousands protested in the city of Skopje against government abuses including “…financial and electoral fraud, mass electronic surveillance, framing of political opponents for crimes and even murder,”. The previous week eight police officers and 14 civilians died in gun battles.

“A transformer failure at the Indian Point nuclear power plant caused an explosion and fire at the facility”.”The fire broke out on the non-nuclear side of the plant, about 200 yards away from the reactor building”, the plant is stable and nobody was injured in the fire.

“Nine Georgia deputies have been fired in connection with the death of a 21-year-old student in Savannah, Georgia”. The student, Matthew Ajibade, died in an isolation cell during New Year’s Day and was arrested after a call was made to the police about a domestic disturbance.

“In a complaint filed with the U.S. Department of Education and the Justice Department on Friday, the coalition of more than 60 groups claims that the university unfairly holds Asian-American applicants to a higher standard.”. Although Asian Americans are the highest performing students, they have the lowest acceptance rates.

“Gunfire erupted Sunday among rival biker gangs in Waco, Texas, leaving at least nine people dead”.The fight began at a restaurant and moved onto the parking lot. Bikers shot at each other and at police officers.A total of 18 people were taken to the hospital.

“A 16-month-old girl died after her father forgot to take her to day care and left her in a vehicle.”.”Under Florida law, it is illegal to leave a child younger than 6 years old unattended or unsupervised for more than 15 minutes.”. The case is currently under investigation.

“A federal jury Friday sentenced Boston Marathon bomber Dzhokhar Tsarnaev to death”.”The verdict marked the first time in the post-9/11 era that federal prosecutors have won the death penalty in a terrorism case.”.