Rhinos on the Road to Extinction 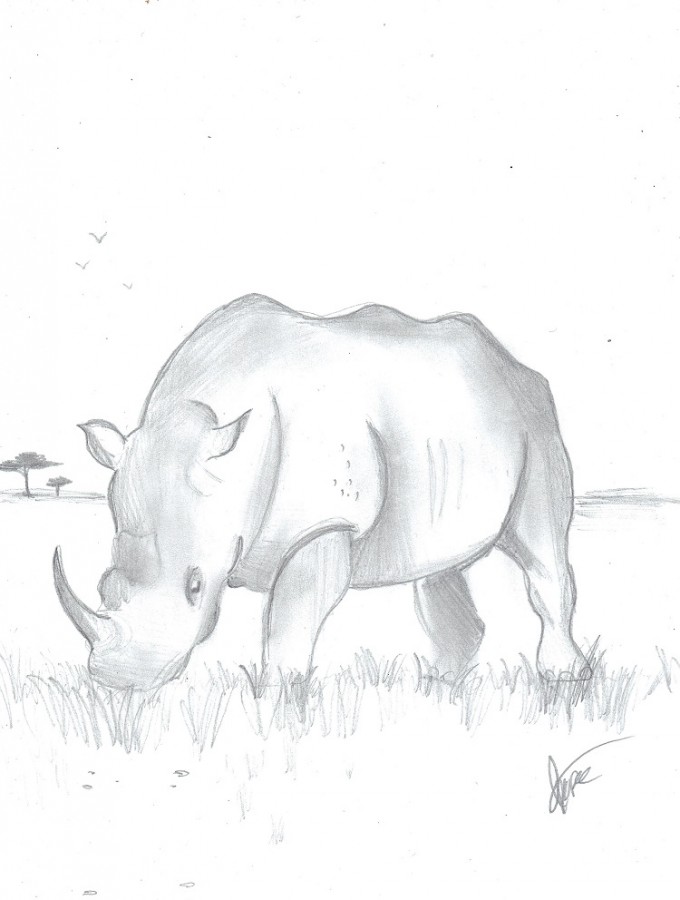 The human race has become a powerful force as time has passed. We have made astounding achievements in our quest to become the dominant species on Earth. Unfortunately, as we struggled to make our life more prosperous, others have suffered.

The rhino is one of the many animals that has been affected by our rise to the top of the food chain. Their populations have dwindled by huge amounts over the years and it is feared that there may be none left if we do not do something to help the species. Many groups have been formed to protect these animals, and some are hopeful that the species can rebound if efforts are made to keep it going.

“Rhinos are very important to protect because they are an important part of African wildlife and culture,” freshman Tristan Trochu said.

Rhinos have lived for over 14.2 million years on Earth. At the beginning of the 20th century, it was estimated that there were 500,000 rhinos alive. Today, there are about 29,000 rhinos in the wild. There are 5 species of rhino and 11 subspecies. Some, like the northern white rhino, are on the very brink of extinction, while others are expected to have a comeback.

In the past, rhinos were hunted for their horns, which were believed to have strong medicinal properties in certain cultures.

However, the poaching and habitat loss of more recent years years has lead to massive population declines. Humans are the biggest threat to killing off these animals. Poaching still continues, although more intense efforts are being used to keep rhinos from extinction, but there is still a high demand for rhinos’ horns on the black market.

“I think preserving rhinos is great because they don’t deserve to go extinct due to our actions. They are truly great animals and many people like and are willing to help them, so hopefully they stick around,” freshman Rosalyn Franklin said.

There are numerous preservation areas in Africa and Asia that shelter rhinos. There are also many zoos across the world that provide a home for these animals. Many groups across the world have been formed to try to get various governments to provide more protection for rhinos. These efforts seem to be helping, and some rhino populations have started to increase in recent years. These groups have also succeeded in getting more protection for rhinos and many governments are now working to keep the species going.

Despite these efforts, poaching still occurs. This illegal hunting continues to keep rhinos on the bridge of extinction. Poaching has also been increasing in recent years, making preservation efforts even harder. The governments in rhino areas are developing more tactics to take down poachers, as well as creating stricter laws  and punishments for poachers. However, it is very hard to catch poachers, and every year more rhino carcasses are found without horns. It is a sad sight and it is very discouraging to see.

“I think it is quite horrifying that rhinos are gong extinct because we have the power to keep them alive. I am happy that some people are trying to preserve rhinos and hopefully these efforts will continue and be successful,” freshman Vinnie Mash said.

There is still hope for the rhinos. It is becoming a better known issue and is definitely starting to attract attention from many people. This increased awareness of the problem is one of the biggest factors in keeping rhinos off the extinction list. More people are starting to fight against the end of this magnificent animal, and with many combined efforts, there is a chance that we will be able to still see them in the years to come.