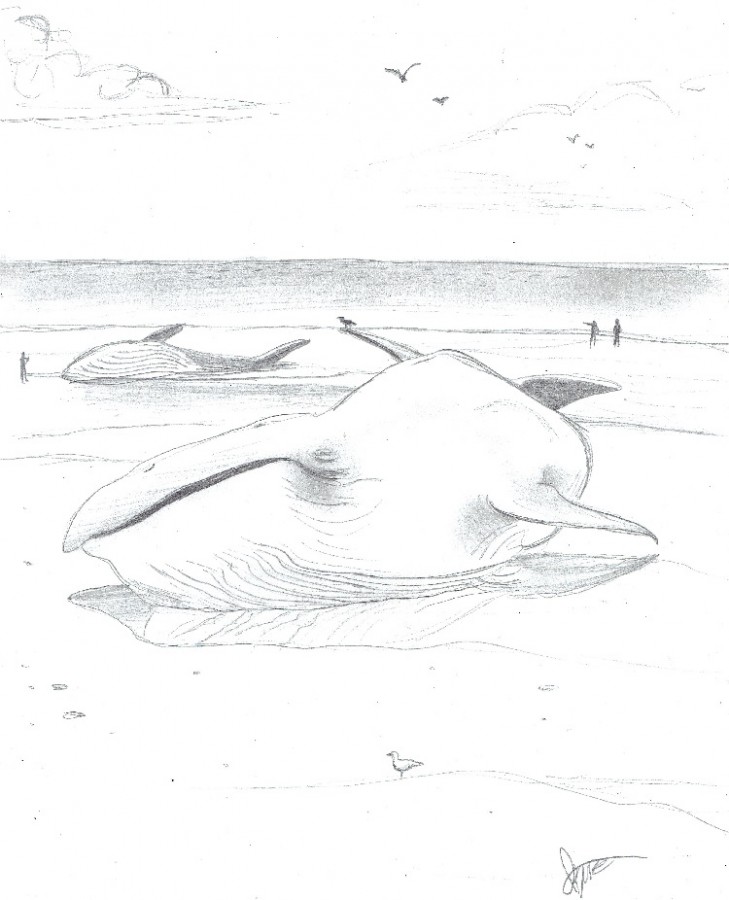 Beach strandings occur every once in a while, but scientists are still investigating the cause of this shocking occurrence.

On Friday, Feb. 13, more than 80 rescuers and volunteers attempted to save nearly 200 pilot whales stranded in the shallow waters of Farewell Spit beach. During the task of refloating the survivors, an average of 24 whales from the pod of 198 were found dead.

Although 80 people were assisting, between the large amount of stranded whales and the infrequent high tides, the rescue team and volunteers struggled to refloat the whales. The whales’ survival was not assured, even after returning them to safe depths. For more information click here.

“What happened in New Zealand is definitely a serious issue, but it’s amazing that the rescue team managed to save the majority of the stranded whales, especially when refloating such a large animal,” junior Christopher Camarillo said.

Farewell Spit Beach, located at the northern tip of South Island, New Zealand, has been the location of numerous whale strandings in the past. The common cause is the beach’s shallow waters, which complicates whale navigation.

Beach strandings frequently occur among sea mammals, but are more common among pilot whales. This species of whale has a tendency to travel in large groups, and as a result more than one whale becomes stranded at a time. For more information on causes click here.

“Many scientists who have observed this occurrence have come to the conclusion that these whales share a physical and emotional struggle. But I believe that pollution is a huge factor as well; people who dump unwanted waste product into the ocean should be a little more considerate of these animals,” freshman Katherine Aquino said.

Generally, the reasons behind such large strandings are unknown, and the possibilities range from manmade to natural causes. What is certain is that frequently maintaining our oceans can help reduce whale strandings, which in turn will hopefully limit the deaths of marine mammals.