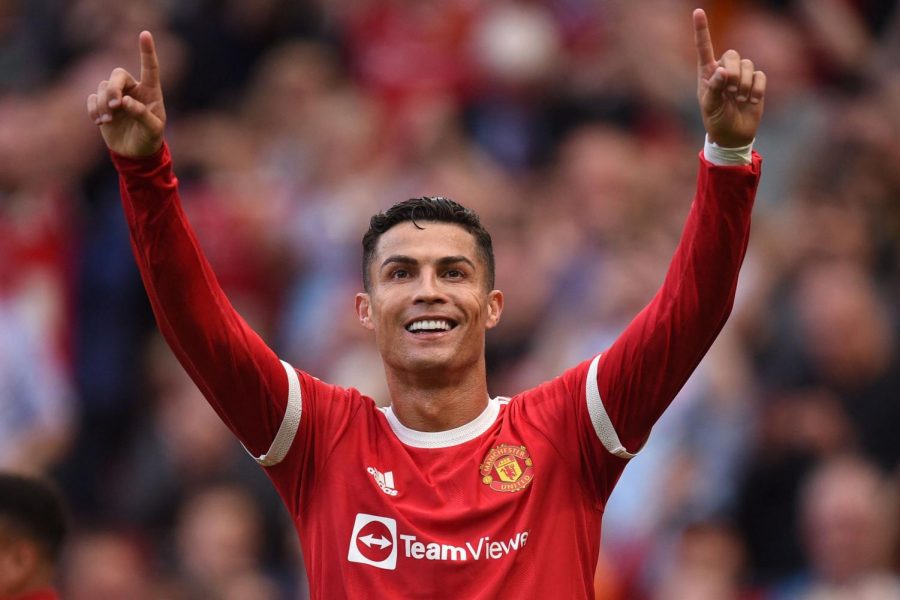 After Manchester United announced their acquisition of the renowned soccer player Cristiano Ronaldo, social media platforms spiraled with chaos. In less than two hours, over one million people followed Manchester United’s Instagram page, which questions social media’s play in the balance, or lack thereof, between sports culture and fandom.

Social media is a way for sports teams to engage with their fans. Teams use social media to recognize which user base is interacting and on what platforms, opening a gate for stronger advertising. With Ronaldo coming back to where he originally started in soccer, the followers he brought with him were flooding these gates for Manchester United.

“Social media does a good job to show and explain things about sports like scores and new transfers; what happens on and off the pitch,” sophomore Peter D’Alincourt said.

Besides the 2.5 million followers that Manchester United gained in a 24-hour period, they also broke the record for most liked sports post ever on Instagram with an outstanding 12 million likes, featuring Ronaldo’s return.

“It’s a huge benefit, as [Manchester United] will be making a lot of money from the whole situation,” junior Zachary Middleton said.

People take a liking to Ronaldo because of his impressive soccer skills and imagination when creating new moves. These characteristics have led him to win several awards.  He received a trophy for the number of goals he scored. According to ESPN, Ronaldo scored 118 goals in 262 games, in addition to his 43 assists during his time at Manchester United. But his shown passion for the sport is well adored and truly one of the most admired qualities about him. As loved as he is, Ronaldo’s Instagram page reflects it with his 338 million followers.

Ronaldo’s followers are quite different from some of the other soccer athletes, for his crowd is focused more on the player himself, commonly known as a personal fandom, while others are more out of admiration for how they play on their team as part of their sports culture. Because of how well known he was before his initial move from Manchester United to Real Madrid, Ronaldo’s amassed fandom continues to gain followers at his every move, including anyone watching his games.

Naturally, when this fandom hears of Ronaldo’s move, they move too on all social media platforms. However, it also means that his old team loses followers, which caused Juventus’ to lose over 100,000 followers. Traditional fans, especially England with all their crazed soccer fans, would call this fandom ‘fake fans’ because they stand with your following your club and no other. However, that is not the reality of this situation.

“They are fake fans because a real fan, in the view of many, is to support a club, not a player or a team that is doing good in a moment,” D’Alincourt said.

Long-established soccer fans believe that the true sports culture is in the team one first admired and how they stick with them, supporting them through every goal and every losing streak. Sports culture is about the thrill in supporting a team despite the negativity some people give them, but this new fandom crowd is changing the true nature of sports culture.

Nowadays when people see a good sports player, they simply follow them awaiting another jaw dropping goal or skill. When they see that they are moving from one place to another, they follow like a pack of sheep. Similarly, when people see that many are following another team, they follow as well, creating a fandom trend on all social media platforms for that club, in this case Manchester United.

Trends are an exceptionally large part of the social media platforms, making or breaking the advertisement of a club in ways that suggest how to advertise. With Ronaldo moving to Manchester United, the club’s Instagram will reflect this with a lot of Ronaldo posts to support the new fans brought over.

Likewise, this effect transcends into other social media platforms with the successful chain reaction of club recognition and conversations brought on with all the advertising. However, this transaction is not limited to the number of followers on social media, for it also includes the number of viewers watching games, playing for tickets and buying jerseys. The entirety of the sports industry is affected.

It may start off as a fandom for Manchester United, but it will soon grow to other teams, as this crowd may find their new Cristiano Ronaldo in the Premier League during a game against their idol.