After being tested and proved to be very effective, the newly developed COVID-19 vaccine has been released to hospitals in the past few weeks. 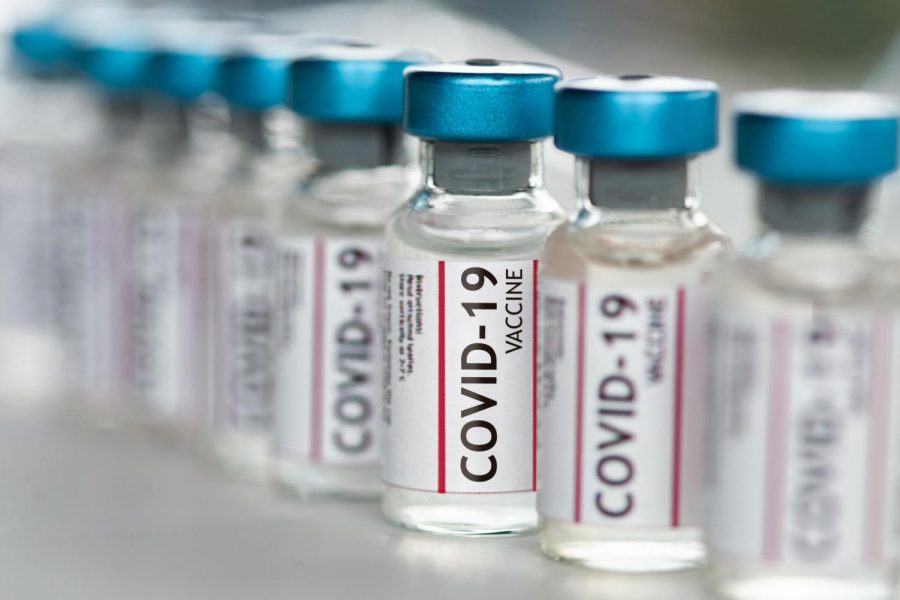 The COVID-19 vaccine being manufactured and distributed worldwide. Courtesy of The Georgia Department of Public Health

Since the global shutdown due to the COVID-19 pandemic, scientists have spent months researching and developing an effective vaccine. Although the COVID-19 vaccine has not been distributed yet, the U.S. will issue their first dosages to hospitals across the nation within the coming weeks. As of January 11, 2021, 25,000,000 doses have been distributed across the nation.

Scientists have determined the safety of the vaccine after performing “Stage 3” clinical trials,  which typically take one to four years to make sure side effects are not prevalent. However, because COVID-19 is so deadly, they sped up this process immensely, developing a vaccine in a matter of months .

Pfizer, one of the first pharmaceutical companies to develop a vaccine, used 43,661 volunteers, giving one group the developed vaccine and the other a placebo. According to StatNews, out of the 170 people that showed symptoms of COVID-19, only eight of them had been given the vaccine, while 162 were given a placebo. Following trials, the vaccine was calculated to be 95% effective. CEO of Pfizer, Albert Bourla, was very pleased with these results, saying he “felt like he was living a dream.” In addition, Moderna, another biotechnology company, has also developed a vaccine for COVID-19 proved to be 94.5% effective after performing clinical trials. According to the New York Times, the first injections of the Moderna vaccine began as early as Dec. 21.

Although the vaccine distribution has begun in the last few weeks, high-risk individuals have priority. Healthcare workers, essential workers, the elderly and people with underlying medical conditions are among those who will obtain the vaccine before others. President Donald Trump believes the vaccine will be available to every American by April of 2021, and the director of the Centers for Disease Control and Prevention (CDC) said the date will probably be in mid-2021.

While an effective vaccine has been discovered, scientists and government officials are confronted with a different problem: its transportation. According to the Wall Street Journal, in order for the vaccine to remain viable, it needs to remain at -80°C. While maintaining this temperature is possible, it requires special equipment such as ultra-low temperature freezers. Another rising concern is the uncertainty of the effectiveness of the vaccine in a general population, rather than in a clinical environment, which is where all of the trials have been held, since the test population may not exactly mimic the real population. These questions, among others, will only be answered after the vaccine becomes readily available to the whole population.

According to the CDC, the COVID-19 vaccine will be the first licensed mRNA vaccine. Unlike other vaccines, it will not fully expose someone to the virus. Instead, it will give people a fragment of the virus RNA, which will stimulate a patient’s immune system to make antibodies that can fight the actual virus if the person happens to contract it.

Jackson Memorial Hospital is one of the first five hospitals to receive the vaccine in the state of Florida, as per the Miami Herald. At first, one million doses will be distributed to hospitals throughout Florida, then a second issue of another million doses will be given on a later date. Although Florida has not developed a concrete and finalized plan of distribution, there is currently a lack of money and supplies needed to vaccinate everyone.

“Pfizer is already saying they are having difficulty meeting the initial amount of vaccines promised but eventually they will catch up with production,” biology teacher Eric Molina said.

The development of the COVID-19 vaccine has shown relief among the people of the United States. Although little information about the vaccine and its possible effects has been released, scientists believe that it can successfully combat the global pandemic and lead us away from this new normal.