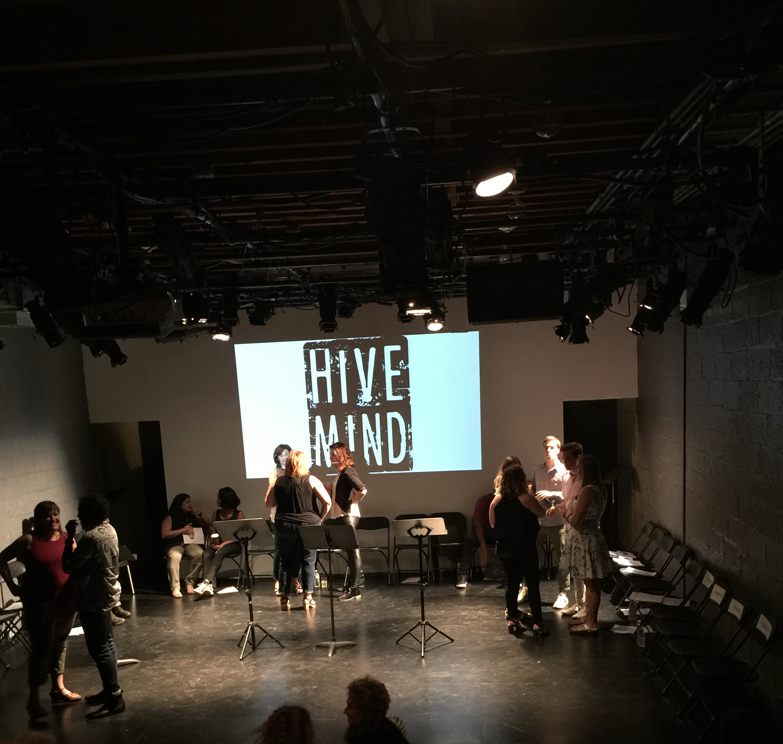 This year, a playwright’s festival in New York City was held, bringing about an ambience of creativity, inspiration and opportunity to the Big Apple. This is a reality that has happened to a selected few including the school’s very own drama teacher, Tracy Barrow-Schoenblatt.

The opportunity to have a play performed in front of a wide audience is scarcely more than a dream for most playwrights. For drama teacher, Tracy Barrow-Schoenblatt, it is a reality.

Barrow was chosen to be a part of Cherry Picking, an annual playwriting festival based in New York that gave her the opportunity to showcase her own short play,  All Day to Throw. Cherry Picking brings playwrights and an audience together, giving the chance for brave writers like Barrow to show their talent on a stage.

The process for Barrow began with her reaching out to the company, expressing her interest. In return, she received a quote to inspire her submission piece as all the other playwrights did. The quote read “I’m not sure this person is making me feel something,” and although she didn’t want go down the “emotional feeling” direction, that was exactly where her play headed. Her writing process was long and tedious, going through multiple script revisions. Barrow experienced periods of writer’s block, resulting in her reaching out to former students, turned playwrights, and incorporating some of their notes into the play’s final script.

Once all the submissions were in, the committee read the plays and chose the line-up for the event. Upon the acceptance of her script, Barrow got the chance to see her play come to life in the matter of a few days.

Barrow hoped to have a real effect on the audience, suggesting they would be left with wandering thoughts of all the opportunities they have had and missed. They would contemplate the “what if” moments they have experienced and imagine how their life might have changed had the circumstances been different.

“[All Day to Throw] is about a chance meeting in a pub of a man and woman. It’s about things almost happening, almost being wonderful but not quite. It’s about timing,” Barrow said.

The one-night performance turned out to be a magical night for Barrow. Barrow joyously conveyed just how extraordinary it was to see her words animated on stage by talented actors who seemed to go places with the script that she hadn’t even thought about originally.

Barrow’s face illuminated as she recalled on one moment during the performance that really touched her as an artist:

“I remember there was one monologue in it that the male lead preformed and when he was saying it, I got goosebumps because he was just so perfect in the part and just having it really take on this other life, other than the one that began in my head, was beautiful,” Barrow said.

Being chosen for the Cherry Picking festival is a big milestone for Barrow and has encouraged her to enter other festivals, as well as expand All Day to Throw into a full length play. Thanks to this  festival, Barrow has embraced a new level of motivation to create and move the theatrical community.

“At the festival, four amazing actors gave life to something that began on a pad of paper. It made me so grateful to the communal aspect of creating theatre. I want to submit my play to more festivals and keep writing,” Barrow said.