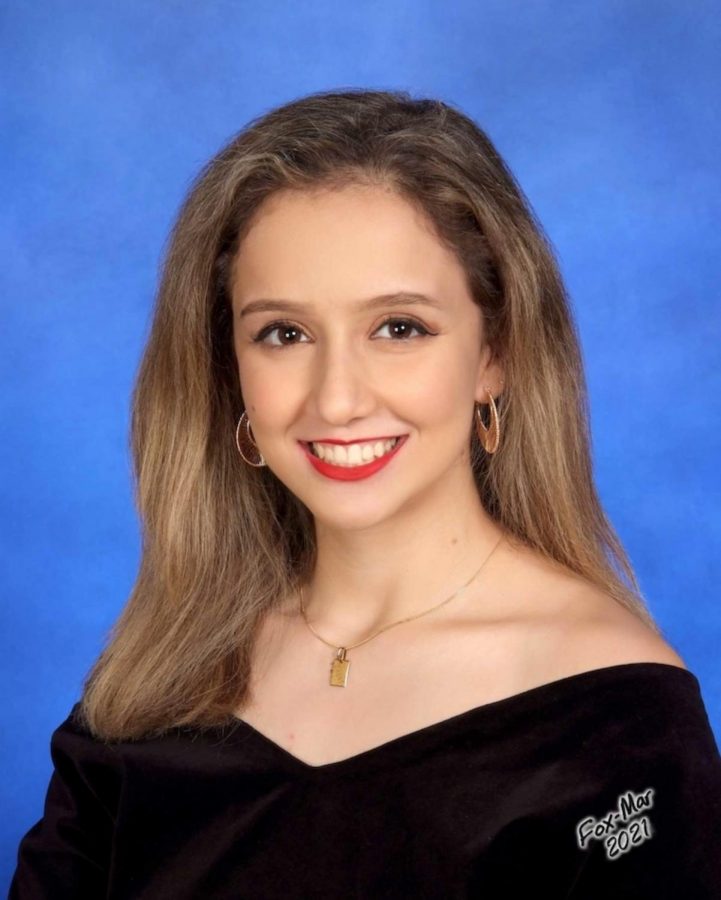 Senior Dani Parra del Riego will soon transform from a Gables Cavalier to an Emory Eagle!

Each student has a college that is meant for them, whether it be in their hometown or in another state. At Coral Gables Senior High School, senior Dani Parra del Riego recently found that university for herself; Emory University, and is preparing to attend the institute in the fall.

Location played a large role as Parra del Riego weighed her decision. The senior wanted a community outside the walls of her school to be civically active and with a current political spotlight on Georgia, and Emory’s location provided just that.

In addition to Emory’s spatial significance, the school’s diversity caught del Riego’s eye and was a major factor in deciding where home would be for the next few years.

Throughout her past four years at Gables, involvement has never been a weak spot for this Cavalier. While her involvement has included several different types of organizations, del Riego tends to lean more towards politically-focused groups. She has leadership roles in both Political Activism and Civic Engagement Club and Model United Nations as well as being an actively involved member in the International Baccalaureate Executive Counsel.

“Emory being this place where they are really socially conscious [is] another thing I really appreciate. There is a big emphasis on social awareness and social justice which is important given how diverse Atlanta is,” senior Dani Parra del Riego said.

Parra del Riego is planning on majoring in international studies, philosophy or double majoring in both. She is also considering the many sustainability majors that Emory has to offer. With these majors in mind, she is hoping to go into foreign service. More specifically, she is considering possibly working with non-governmental organizations, United States foreign policy or sustainability development in Latin America.

At Emory, Dani Parra del Riego is looking into joining Model UN and possibly signing up for a news magazine or student government. In the surrounding community, hopes to get politically involved and take advantage of all the political attention Georgia is receiving.

“The biggest piece of advice I have for juniors going through this process is to believe in themselves,” senior Dani Parra del Riego said.

While there is no doubt that she will thrive at Emory and one day in the real world, Parra del Riego will always have a home here at Gables… remember: once a Cavalier, always a Cavalier!