The LOTUS Mission: Life on the UpSide 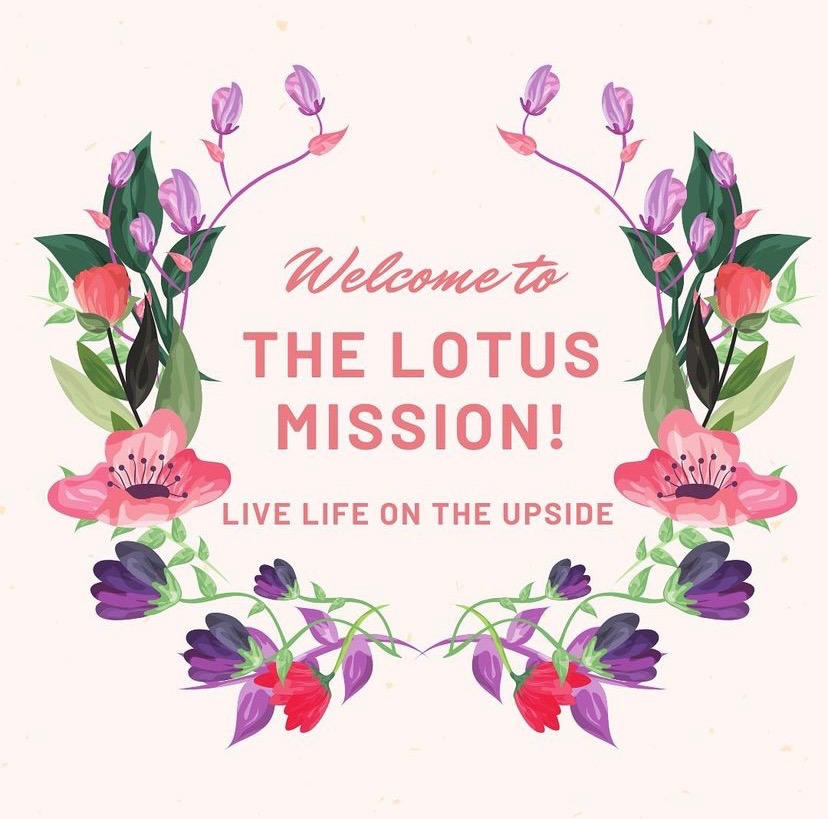 Graphic provided by the LOTUS Mission

Our very own Opinion Editor, Lauren Gregorio and fellow Cavalier Alexandra Torres have officially started their project... The LOTUS Mission!

At the start of her junior year, senior Alexandra Torres grew frustrated with the lack of organizations that worked to help teenage survivors of sexual assault. Torres had recently met junior Lauren Gregorio in a science class, and when she shared her frustration with Gregorio over the lack of teenage sexual assault safe-spaces, the two found that they both were passionate about addressing this issue. Through more discussion of ideas, Gregorio and Torres decided that they would also focus on addressing the issues of mental health and teenage drug abuse. With that, the Life on the UpSide Mission was born.

Sensitive topics like sexual assault, drug abuse and mental health have been greatly stigmatized for decades, with teenagers being some of the most vulnerable to these afflictions. Because of their young age and the social stigma around such issues, finding and receiving the help they may need is especially difficult.

The LOTUS Mission is an organization aimed at helping teenagers and young adults who may be struggling with their mental health or topics such as sexual assault and/or drug abuse. The project serves as the gateway between the survivor and the aid they need.

“I think that a project that creates a community of support and resources to assist teens struggling through their own experiences of mental health, drug abuse and sexual assault, is really needed. Especially if it is run by teens,” sophomore Isabella Abudo said.

Originally, the girls wanted their organization to be based around physical events like hosting self-defense classes and in-person presentations but because of the health concerns still prevalent in our community, they have resorted to spreading awareness through social media. The content that they post is meant to educate teens on the topics that are not addressed enough in school, including the glorification of mental illness and lack of discussion surrounding reproductive health.

They also incorporate a series called “Let’s Talk Books” where they recommend books that cover certain topics in depth. The books range from minority women’s discussions on the differences in rape culture to memoirs of those who suffered drug addiction and their long roads towards recovery.

“Even with all this discussion on the importance of shattering the stigmas, they are still so real,” senior Alexandra Torres said.

Both Torres and Gregorio are grateful to have social media so widely available. Through Instagram, they can reach a larger scope of teenagers who may be in need of these resources. The organization’s current follower base is mostly Gables students but through the use of common hashtags and partnering with other small organizations tackling the issues, the founders are confident that their following will grow. Social media also allows them to reach beyond their local communities as Torres and Gregorio’s target audience is teenagers nationwide, not just within their city of Miami. Once a larger following is acquired, the girls plan to launch their website where the same information and resources that they provide on their Instagram can be more widely accessible.

Once it is safe to do so, the LOTUS Mission plans to host in-person events and strive to create a safe haven for any who feel they lack support systems. As of late, Alexandra Torres and Lauren Gregorio are happy to spread awareness through their platform. Because April is Sexual Assault Awareness and Prevention Month, for example, the LOTUS Instagram posts will provide information on rape culture, consent and resources for getting help. Additionally, during the last week of April they want to empower the voices of sexual assault surviviors by featuring the stories of different survivors.

“Our ultimate goal is to help create a generation that is more informed on such topics that are not often talked about as well as letting teenagers know that they are never alone, no matter what they are struggling with,” junior Lauren Gregorio said.

What began as an idea that blossomed into a reality—the LOTUS Mission is quickly becoming a space for education and support where teens support teens through the toughest and most stigmatized issues. Alexandra Torres and Lauren Gregorio know that creating a culture in which mental health, sexual assault and drug abuse are de-stigmatized is a group effort. They hope to do as much as they can to help and support others through their challenges, the same way that Torres and Gregorio supported each other through theirs.